Is Himalayan Salt Better For Your Heart?

There are several key differences in the way Himalayan salt is sourced and manufactured compared to other salts. Does that translate to better nutrition for the consumer? Learn more here. 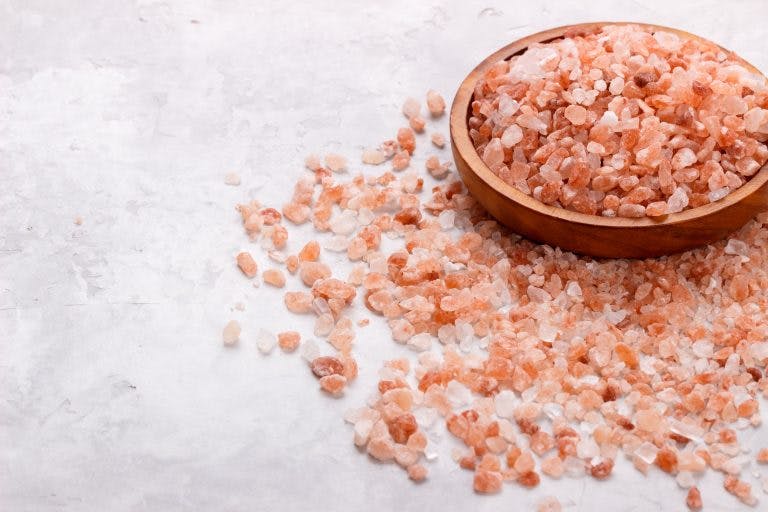 Pink Himalayan can be found next to the regular table salt at your local grocery store. You might notice that it’s more expensive and even looks different than regular salt.

So, does that mean that it’s better for you and can you still enjoy it on a low sodium diet?

In this guide, our experts discuss the health benefits of Himalayan salt and whether you should use it instead of regular salt if you have high blood pressure.

What Is Pink Himalayan Salt?

Himalayan salt was first excavated from the Khewra salt mine in Pakistan, near the Himalayan Mountain ranges. Formed from dried-up bodies of water from millions of years ago, these salt deposits are excavated by hand and sold to consumers with minimal to no processing.

Other components of common table salt are anti-clumping agents and iodine. Apart from these common additives, table salts are relatively “pure” when you purchase them off the shelves. Also, other healthy minerals and micronutrients in table salt are usually negligible.

Himalayan salt is characteristically rich in iron oxide, which explains the pinkish hue of these crystals. Apart from iron oxide, other mineral salts like potassium, magnesium, calcium, zinc and even molybdenum are also present.

The health benefits compared with regular table salt are based on the presence of these minerals.

How Does It Compare To Other Salts?

The following chart helps explain the difference between Himalayan salt and other common salts:

Is Himalayan Salt Better For You?

It contains more minerals than table salt, and some of these are essential micronutrients for our well-being. Additionally, it is more natural and does not contain additives, unlike table salt.

However, these extra nutrients do not necessarily translate into better health outcomes, such as lowering blood pressure.

According to Nutritionist of Eu Yan Sang, Himalayan rock salt contains up to ten times more minerals than refined salt and is lower in sodium. , one should not consume more than the recommended amount of dietary sodium per day.

Along with reducing your sodium intake and eating a heart-healthy diet, you can support healthy blood pressure levels by exercising and looking into medicinal mushrooms, such as Reishi (also known as Lingzhi).

How To Use It

Fine dining isn’t just about stimulation of the taste buds. Visual inputs heighten our anticipation of a pleasant bite, way before our tongue gets to scrutinize the flavor.

The unique pink tone adds a classy touch to any food that it garnishes, be it over chocolate truffles or a generous slab of roasted steak.

As there are no detrimental health effects associated with using it, there’s no reason why your pantry shouldn’t sport a bottle of this mesmerizing pink crystalline salt, ready to add a fine finishing touch to your culinary masterpiece.

However, here’s a gentle reminder: don’t completely swap out your common table salt for Himalayan salt, as they are iodized to prevent iodine deficiency.

Variety is the essence of a healthy good life. Sea salt works just as well providing a natural source of sodium chloride with a rich aftertaste and traces of micronutrients.

Health Benefits Of Red Ginseng That Will Make Your Life Easier

Red ginseng is made through a unique steaming and drying process, making it warmer in nature than regular ginseng. Here's how that benefits you.

Reishi mushroom contains numerous compounds that boost immune function, but not all supplements are created equally. Learn what to look out for in this article.

Bird's nest is renowned for its incredible benefits that has been used for centuries in China. Let's break down the healing properties of this ancient health tonic.