What Is Asthma? 15 Answers To Help Improve Your Breathing

What is asthma? Read on to learn more about common questions and guidance to help you better manage your symptoms. 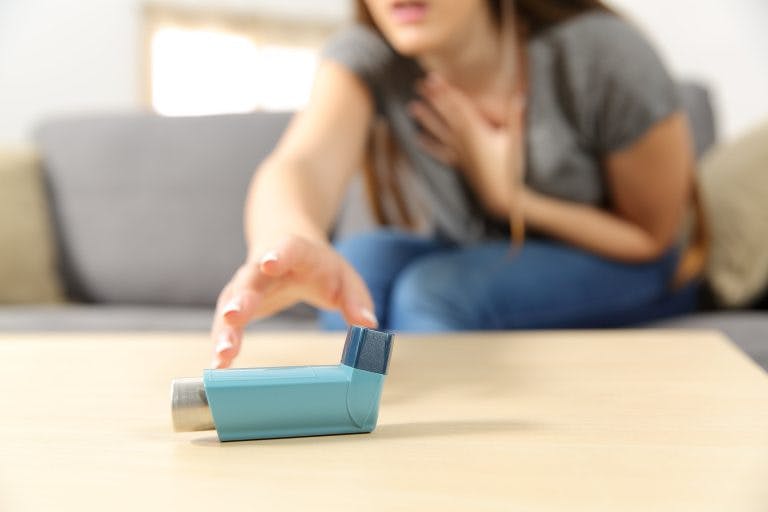 What is ? It sounds like a silly question, but if you or your family member is newly diagnosed, then you’ll want to learn all about it.

For people with asthma, the simple act of inhaling and exhaling can be an exhausting process. Characterized by “difficulty breathing,” asthma symptoms can range in severity from slight breathing problems to a life-threatening attack.

Here are 15 questions and answers to help you better answer the question, “What is asthma?”

Asthma is a chronic and long-term lung condition that affects the airways. This disease causes coughing, difficulty in breathing and wheezing because of swelling (inflammation), narrowing and mucus accumulation in the airways.

Traditional Chinese Medicine (TCM) uses the term Xiao-Chuan to describe asthma. (哮) is wheezing, (喘) is breathlessness, and they often go together.

In a healthy state, the inhaled qi (energy) by the lungs downward with coordination from the kidneys to hold it down. The mutual regulation by the lungs and kidneys facilitates normal respiration.

Asthma occurs when there is lung qi deficiency or kidney deficiency due to obstruction from phlegm (spleen deficiency) or wind.

Asthma is a prevalent disease in the United States. According to the Centers For Disease Control and Prevention (CDC), approximately 25 million Americans have asthma, which works out be around 1 in every 12 people. This number is on the rise, too, and it has cost the United States about $56 billion dollars in lost wages and medical treatment.

3. What Are The Causes And Symptoms?

There is often no single, direct cause. This chronic airway disease comes from an interplay of genetic causes and environmental triggers:

4. What Is Asthma, According To TCM?

In , there are six categories of external pathogens. This includes wind, heat, ness, fire, dryness and cold.

Asthma arises from two combinations of pathogens: wind-cold and wind-heat. They are also responsible for two other common respiratory ailments: the common cold, and the flu. Other potential causes include an imbalanced diet and a deficiency of vital qi in the lungs, spleen, or kidneys.

Asthma presents symptoms with varying severity, intensity, and frequency. The common signs are:

TCM highlights five types of asthma: cold-type, heat-type, heat enveloped by cold, wind-phlegm, and deficient-type. Each of these has its own symptoms and treatment plan.

This might be due to higher inhalation of house dust mites (from the bed and pillows), gravity pressing on the chest when lying down (putting extra pressure on the lungs), or lower natural steroid hormones at night, causing swelling and narrowing of the airways.

A doctor usually diagnoses asthma by getting a good clinical history and examination. Additionally, they may also perform a lung function test.

In a TCM consultation, the physician will first identify the type of asthma afflicting the patient and the individual’s body constitution to determine a proper treatment protocol.

7. What Are My Treatment Options?

Treatment of this condition aims to control the symptoms (shortness of breath, wheezing and coughing) and reduce the risk of permanent damage to the airways. Medical treatments include:

8. Are Inhalers Better Than Oral Medication?

A combination of both is best.

9. Can I Get Addicted To Medications?

No, individuals with asthma will not be dependent on the medications. Using an increasing amount of the medications is usually due to poor control of the disease.

10. How Do I Get Good Control Of Asthma?

When an individual shows no symptoms on most days and doesn’t require a rescue or emergency inhaler four or more times a week, sleeps well, doesn’t miss school or work, and is able to exercise without coughing or wheezing, it is a sign of good of this condition. Also, avoiding triggers that can cause asthma is a good way to gain control.

11. What Foods Should I Avoid?

There is no scientific evidence of food contributing to symptoms. However, TCM recommends avoiding excessive sweet and fatty foods.

12. Can People With Asthma Exercise?

Yes, if they have good control of their symptoms. Many athletes, especially swimmers, had this disease when they were young yet still excelled in sports.

13. What Are Some Alternative Treatment Options?

According to a study in “Traditional Chinese herbal remedies for Asthma and Food Allergy” by Xiu-Min Li, MD, controlled clinical trials with are efficacious and safe alternatives or complements to standard western therapy for this illness. The study also pointed out potential herbal remedies that are effective in treating allergic asthma and food allergy.

There is no known cure for this lung condition, but there are ways to control it with the right management strategy. In TCM, managing the symptoms focuses on strengthening the body’s natural resistance to triggers, alleviating the symptoms, and improving general well-being.

TCM remedies can support medical treatments for asthma. A study in The Journal of Alternative and Complementary Medicine notes that for patients with allergic asthma, “Additional acupuncture treatment to routine care was associated with increased disease-specific and health-related quality of life compared to treatment with routine care alone.”

According to the Asthma and Allergy Foundation of America, approximately 50% of children with this condition outgrow it. However, the symptoms may return later in life. Some may not completely grow out of it, but symptoms will decrease significantly. Currently, there isn’t a definite way to predict if childhood asthma symptoms will or won’t disappear.

If you still have questions about what is asthma and how to manage it, consult a doctor to get a proper diagnosis and treatment plan. This way, you can find the best course of action to manage this condition that will lead to a wholesome life.

This is an adaptation of an article, “哮喘是什么？“, which first appeared on Health 123 website.

What Are The Stages Of Lung Cancer?

Lung cancer symptoms may vary, depending on what stage you're in. TCM is an extremely effective way to help manage those symptoms to help you recover faster.

Everyone gets sick at some point in their lives. It's important to understand the difference between COVID-19, the common cold, and the flu to determine the best course of treatment.

Is that tingling in your throat indicative of strep throat symptoms or just the common cold? Find out here.

Best Natural Methods To Help You Deal With Cystic Fibrosis

Many TCM remedies can help reduce excessive mucus and phlegm to ease the symptoms of cystic fibrosis, especially coughing and wheezing. Check out this guide for more information.

How Can TCM Help You Quit Smoking?

Have you ever tried using ginseng to help you quit smoking? This article provides some excellent tips for helping you kick the habit for good.