Yin And Yang: How Do They Work In TCM?

Yin and Yang theory refers to the concept that we are all better off when we practice balance. Learn how this ancient Chinese philosophy can be applied to your life today. 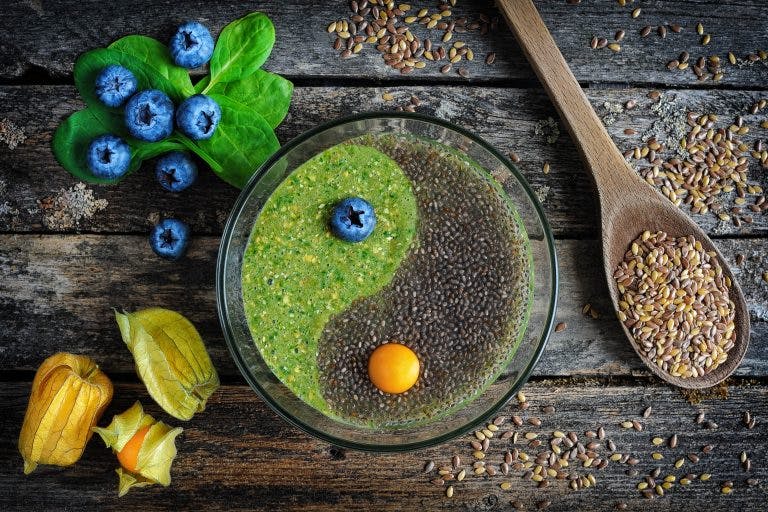 you struggle with things like fatigue, bloating, lack of energy, chronic respiratory infections, or general malaise, but all of your medical tests come back normal? If so, it could be time to consider balancing your Yin and Yang.

Achieving a balance between Yin and Yang can help you restore and maintain total mind and body health. Doing so is not as hard as you may think.

In this guide, our Traditional Chinese Medicine (TCM) experts explain what Yin and Yang theory is. We’ll also discuss how you can apply balance to your daily life.

What is Yin and Yang Theory?

Yin and Yang theory is a Chinese philosophy and way of life that focuses on holistic, dynamic, and dialectical principles. It states that the union of each side creates equilibrium or balance.

When balance is achieved, it creates a natural and organic state of existence in which there are complementary forces. Under this philosophy, diseases are less likely to occur.

We asked TCM Physician Anita Pee to explain. She stated, “In the Yin and Yang theory, it is believed that everything in the universe exists as two opposing yet interdependent forces – Yin and Yang. They are two opposites of a whole that cannot exist without each other.”

What is Yin and Yang?

The term Yin represents feminine forces, including ater, darkness, the moon, passivity, softness, contraction, intuition, and yielding in the universe.

“This is later expanded to include everything that is “sunny or active” as Yang.

How to tell the difference between the two

We asked Physician Pee if there was an easy way to remember the difference between the two terms.

She stated, “An easier way to remember what is Yin and Yang is to picture a slope with one side facing the sun and the other facing away from the sun. The sunny side is Yang.”

How Is Yin and Yang Theory Used In TCM?

In TCM, the Yin understand the complex interconnections and constant changes in the human body. TCM views the body as an integrated whole, where all organ systems are interconnected and interdependent of each other.

The , dry mouth and throat, and irritability.may be puffy or overweight, have low libido and general motivation, low back pain, and pain in the knees and legs that worsens with cold weather.

When Yin and Yang are in balance, the body is healthy. When one force dominates the other, pain and illness will arise. TCM uses this theory to diagnose patterns of disharmony and determine treatments to restore balance.

Tips For Creating Balance In The Body

According to Physician Pee, “Yin or Yang can be treated using herbal medicine. In the case of Yin Deficiency, herbs that are cooling and nourishing can be used to replenish Yin in the body. These include Sheng Di Huang (Radix Rehmanniae) and Mai Dong (Radix Ophiopogonis). For Yang Deficiency, herbs that are warming and pungent can be used to boost Yang in the body. This includes cinnamon and ginger. Yang Deficiency can also benefit from heating lamp treatments or moxibustion.”

Here are some other popular you can try:

is a medicinal mushroom that may help with symptoms of Yin Deficiency. Specifically, it can be used to:

are often used to treat Yang deficiency in TCM. Benefits include:

If you’re interested in learning more, the best thing to do is consult with a TCM physician. He or she will examine you and determine your unique body and prescribe TCM remedies suitable for you.

Dehydration symptoms include headaches, muscle cramps, fatigue, poor coordination, and lack of concentration. Learn how to prevent them here.

One way to release stress and anxiety building in your body is by playing with stress balls or meditating with Baoding balls. Read to know how to do it properly.

The sooner you detect your early COVID symptoms, the sooner you can start to recover and isolate from others. Learn how to spot the sometimes hard-to-detect early symptoms of COVID here.

Boosting the immune system after the COVID-19 vaccine is an important way to recover and continue your health and wellness regime.