Parents have been using Chinese medicine on their children for thousands of years with great sucess. Here are some facts you should know before introducing your little one to TCM. 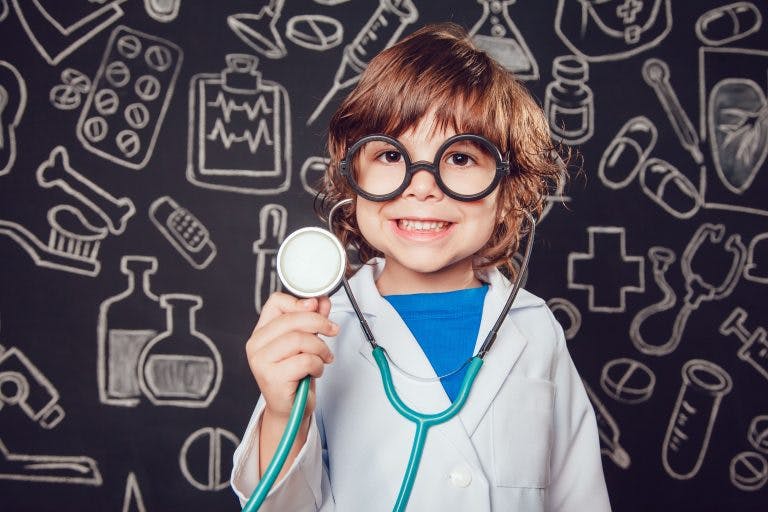 The use of Chinese medicine is not as prevalent in the United States as it is in other parts of the world. However, as the need to support our children’s health naturally grows, it’s time to consider adding this ancient form of medicine to your child’s wellness routine.

In this article, we will discuss the five properties of Chinese medicine that make it an excellent choice for children. Our experts also explain how to safely administer Chinese medicine to your children by consulting a qualified healthcare expert first.

5 Facts About Chinese Medicine For Children

Have you ever wondered if Traditional Chinese Medicine (TCM) would be safe for your children? Learning the truth can help you decide.

1. Only a TCM physician should give your child Chinese medicine

Just like any other kind of treatment, TCM may not provide the best results when it’s not used correctly. Keep in mind that a trip to a doctor is necessary for someone to get a prescription. Therefore, a visit to a TCM physician is mandatory before anyone can try Chinese medicine.

TCM physicians base their diagnoses on four methods: observation, smelling and listening, questioning, and pulse analysis. Only after using these methods and assessing your children’s body constitution (age, weight, height, etc.) can a physician suggest the appropriate treatment.

TCM believes that common illnesses children suffer from, such as coughs, colds, allergies, asthma, diarrhea, and indigestion, to name a few, stem from the immaturity in their bodies. While similar symptoms between two children may be common, it does not mean that they will receive the same diagnosis and medication due to their different constitutions.

2. TCM can be given to children as young as six months old

TCM can be suitable for children as young as six months old. Physicians usually give them herbal medicines and tuina, a form of ancient massage.

Tuina has several health benefits, including promoting immunity. Moreover, in 2021, a study on children aged zero to six proved that tuina was significantly effective in reducing diarrhea.

Additionally, there are records of tuina being used to reduce colds, fever, and even attention deficit hyperactivity disorder (ADHD) symptoms in children.

As mentioned above, some parents use TCM to increase immunity and prevent ailments in children. This is possible because of TCM’s proactive quality. It promotes treating both the symptoms and root cause of an illness to hasten improvement and prevent complications. Thus, the aim of TCM treatment is to prevent the onset of disease instead of stopping a recurrence.

According to TCM, a Spleen and Stomach Deficiency will weaken the immune system. Typically, physicians will recommend herbal soups that invigorate Qi (vital energy) and the Spleen to enhance immunity in children.

4. TCM can be used in conjunction with Western medicine

There are many occurrences where TCM medications are more effective when complemented with Western practices. When it comes to pediatric emergencies like severe constipation, broken bones, or a high fever, TCM is of the belief that you should rush a child to the hospital immediately.

The key is to be completely honest with both your TCM physician and Western medicine doctor. They must know that you’re merging the two treatments so they can avoid prescribing conflicting medications that can endanger your health. It is also advised to have at least a two-hour gap between the two treatments and medications.

There’s a concern that Chinese herbs taste bitter or are hard to swallow, especially for children. In reality, some herbal medicines come in powdered or liquid form, which children would find quite tasty. Furthermore, if they’re introduced early to the herbs, it may be easier for them to get used to the taste.

Chinese medicine has been around for thousands of years. Still, many people are not well-acquainted with it as it is considered an alternative form of medicine. Although some parents have used TCM to improve their children’s health, others may be understandably wary, especially when there are a lot of myths and misinformation surrounding it. Hopefully, this article will shed light on TCM and why you may want to consider it for your children.

This is an adaptation of an article, “5 Truths about TCM and Children”, which first appeared on Eu Yan Sang website.

Could You Spot These Epilepsy Symptoms In Your Child?

Epilepsy symptoms aren't always obvious, making them hard to spot in your child. Read this guide with expert tips to help you out.

Labor Day Weekend: Healthy Tips Before Sending Your Kids Back to School

These tips can help make it less painful for your child to go back to school the day after a fun Labor Day weekend. Here's how to make the transition as easy as possible while also setting them up for a healthy school year.

How To Identify And Remedy RSV Symptoms In Your Child

RSV symptoms usually include a fever, coughing, wheezing, fatigue, and lack of appetite. Here's how to help your child recover faster.

Pediatric tuina massage therapy has been shown to safely and effectively aid in the recovery of many common childhood ailments. Here's what you need to do about performing the massage at home.