Quiz: Do You Know How To Identify ADHD Symptoms in Kids?

Learn how to identify ADHD symptoms in children by taking our quiz. Then read on for tips to help support your child's health naturally. 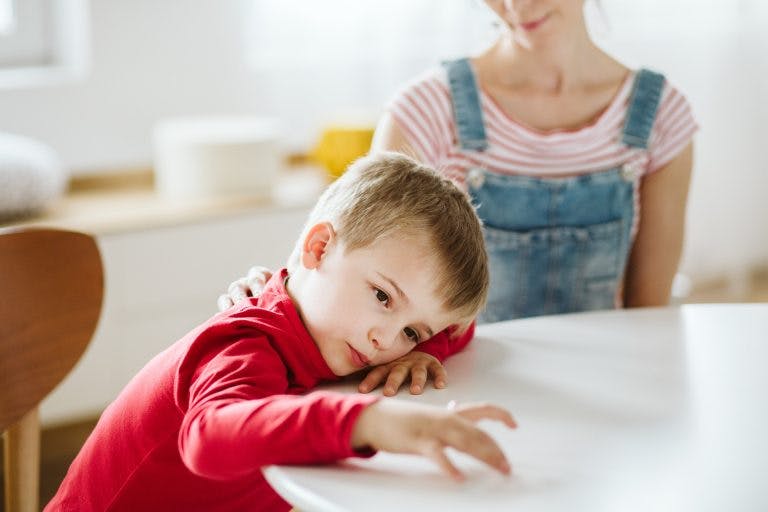 ADHD symptoms in kids aren’t always easy to spot. After all, many children struggle with time management, paying attention, or sitting still.

This makes it hard to determine whether or not your child is showing ADHD symptoms and requires a proper diagnosis from a doctor.

Taking our quiz to help you identify ADHD symptoms in kids. Then keep reading to learn how you can support your child’s well-being using natural therapy.

What Are ADHD Symptoms in Kids?

Attention-Deficit Hyperactivity Disorder (ADHD) is defined as a neurodevelopmental condition.

It’s characterized by certain behaviors, such as hyperactivity, being unable to concentrate, being easily distracted, and acting impulsively.

ADHD symptoms in kids usually appear around age 7. It’s a common, lifelong problem, but symptoms can be controlled with medicine and behavior treatments.

Here are some common symptoms of ADHD in kids:

Here are some other possible symptoms of ADHD:

Children with ADHD may also suffer from other health conditions, such as depression, anxiety, sleep disorders, and learning disabilities.

ADHD vs. ASD: Which Does My Child Have?

ADHD usually presents with signs like excessive physical movement, difficulty maintaining concentration, and a tendency to perform actions without thinking.

On the other hand, autistic spectrum disorder (ASD) also manifests with similar symptoms.

However, children with ASD may exhibit unusual, repetitive movements like hand flapping or back-and-forth rocking. Spinning in circles and inattentiveness are also signs of ASD.

Does My Child Have ADHD or ASD?

Determining if your child has ADHD or ASD can help you devise a treatment plan that works for them. Here’s what your answers might indicate.

If you answered mostly “A’s:” Your Child May Have ADHD

Most ADHD cases are diagnosed when children are 6 to 12 years old. There is no exact cause of ADHD.

However, factors like being born prematurely, low birth weight, and smoking or drug use during pregnancy may contribute to this condition.

In Western medicine, the best treatment for ADHD is a combination of medication and therapy.

There are currently five types of ADHD medications. However, they do not offer a permanent cure. They only help ease the symptoms.

They may also cause side effects ranging from stomach issues, trouble sleeping and headaches to mood swings and a lack of appetite. These medicines include:

Therapies can also provide a more well-rounded approach to treating ADHD. Some common ones include:

According to Traditional Chinese Medicine (TCM), the primary causes of ADHD are a weak body constitution and lack of kidney essence (jing).

In other words, ADHD occurs due to a weak constitution combined with acquired environmental and dietary factors.

To help reduce ADHD symptoms in kids, TCM focuses on invigorating the brain and kidneys and regulating spleen and stomach functions.

Some nutritious herbal soups that can support this:

Physician Tiang notes that a combination of proprietary Chinese medication like Liuwei Dihuang and Qi Jianzhong can improve a child’s weak constitution.

Spirulina tablets are also a good source of nutrient’s that support a child’s health. This includes beta-carotene, iron, alkaline minerals, and amino acids.

Additionally, children can benefit from taking Power Up! Concentration – Chicken Essence For Kids to boost concentration and mental power.

Caution: You should consult a TCM practitioner and your child’s pediatrician before giving these medicines to your children.

If you answered mostly “B’s”: Your child may have ASD

ASD and autism refer to a group of brain development disorders characterized by difficulties in social interaction.

Verbal and nonverbal communication, as well as repetitive behaviors, are also common.

The most obvious symptoms of autism tend to occur between 2 and 3 years of age.

While ASD is common among young children, there is currently no cure or medication for this condition.

According to the Early Autism Project (EAP) in Malaysia, the Applied Behavioral Analysis (ABA) approach is the only research-based teaching approach for autism.

This technique is supported by over 1000 journal articles based on controlled studies, post-treatment follow-up data, and peer-reviewed studies.

In fact, results are encouraging – 50% of young children with ASD who receive good quality intensive ABA can catch up to their typical developmental age.

Other than ABA, other therapies can also be part complete ASD treatment program. The Centers for Disease Control and Prevention lists a few recommendations:

According to TCM, 3 organ systems — the heart, spleen, and kidney — govern awareness and reasoning.

The heart governs the mind and spirit (shen) and controls the emotional state and short-term memory.

On the other hand, the spleen links to a child’s ability to concentrate, memorize or study.

Meanwhile, the kidney controls long-term memory. A disturbance in these systems can cause autistic symptoms.

According to TCM, phlegm elimination is crucial as it concerns two TCM diagnoses of ASD:

Heart or blood or yin deficiencies will also cause ASD symptoms like lethargy, stillness, aggressive behavior, or fidgeting restlessness.

In addition, the Scientific Bases of Acupuncture book suggests that acupuncture influences the central nervous system and neuroendocrine function.

The book also mentions that tongue acupuncture is being studied for several brain disorders in children, including blindness, cerebral palsy, and autism.

What To Do If You Notice ADHD Symptoms In Kids

If you want to consider TCM medications or treatments for ADHD or ASD, speak to a qualified practitioner beforehand. Help them understand your child’s daily activities and dietary habits.

It’s also advisable to notify the practitioner if you had an unhealthy diet and lifestyle during your pregnancy, as well as any difficulties you might have encountered.

Ultimately, recognizing the signs of ADHD or ASD contributes to a child’s healthy growth and development. Therefore, seek treatment as early as possible to attain better treatment efficacy.

A midlife crisis might only be temporary, but it can lead to dangerous health effects that cause permanent damage. These tips can help support your health during this time while you recover.

Common Types of Sleep Disorders and Simple Ways to Manage Them

Uninterrupted and high-quality sleep can be hard to come by. Here are the most common types of sleep disorders and natural ways to help manage them.

Self Love Tips to Help You Control Your Emotions

If you haven't been feeling yourself lately, then try these self love hacks. They can help control your emotions, ease mental and physical symptoms, and get you back to feeling more like you again.

Quiz: Are You Having An Anxiety Attack? Find Out Here

An anxiety attack can come on quickly and without warning. Learn how to prevent them from occurring here.

Put An End To Your Migraine Symptoms With These Tips

Migraine symptoms can make it hard for you to make it through the day. Over time, they can impact your quality of life. Learn how to get rid of them here.