Could You Spot These Epilepsy Symptoms In Your Child?

Epilepsy symptoms aren't always obvious, making them hard to spot in your child. Read this guide with expert tips to help you out. 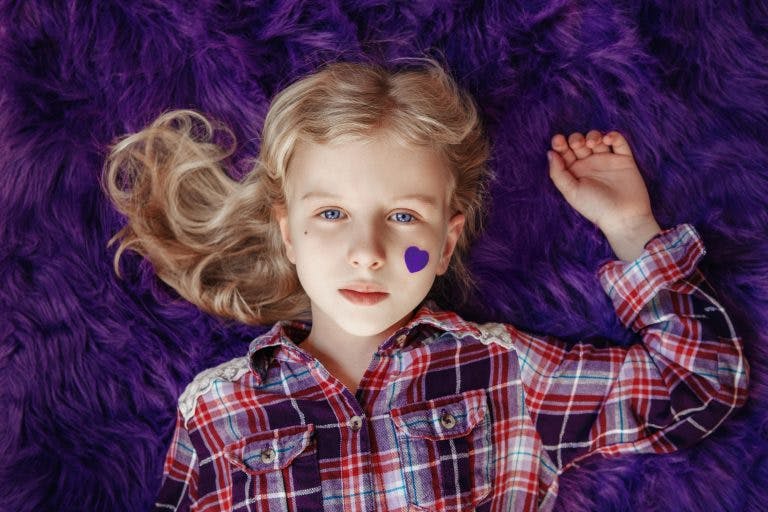 Epilepsy symptoms don’t always involve a seizure, making the condition hard to spot early on. For example, if you notice that your child experiences sudden falls or repeated movements, then you may want to get their pediatrician’s opinion.

In this guide, we’ll help you spot early epilepsy symptoms so you can best support your child. Our experts will also weigh in on possible causes and treatments to help prevent flare-ups and manage the condition.

What Causes Epilepsy Symptoms In Children?

Epilepsy in the young can occur for numerous reasons but typically revolve around focal or generalized seizures. Simple and complex seizures may be symptoms of epilepsy, but they are not causes. Causes of epilepsy are largely unknown but may include genetic conditions, structural abnormalities in the brain, a stroke, or brain tumor.

Focal seizures can be simple or complex in nature and start in one area of the brain. A physician will classify simple focal seizures into four groups – autonomic, motor, psychic, and sensory. These can present with distinct symptoms, including:

Types Of Seizures In Children

The following is a more detailed explanation regarding the different types of epilepsy symptoms and types of seizures your child may experience.

These seizures center around an epileptic activity that takes place throughout the brain. The activity is mild in nature and can give rise to unconsciousness and blank staring. It also begins and ends abruptly, and without warning. A person with this seizure may lose muscle control and perform repetitive movements, such as:

Absence seizures are also brief, and will only last two to 10 seconds at a time.

This type of seizure is rare and may cause a child to suddenly lose consciousness and collapse. Because of this, they may be vulnerable to hitting their head on the ground. Normally, a child will regain consciousness and be able to walk again after a few seconds.

This seizure materializes as a single event or series, but will not deteriorate memory or consciousness. It’s synonymous with several types of childhood epilepsy. Jerking may also ensue in different muscles.

In addition, childhood epilepsy may also stem from acquired causes, such as:

Understanding Epilepsy Symptoms, According To TCM

“Repeated encounters of fright will also interrupt the flow of qi. Subsequently, it’ll provoke phlegm and move upward to confuse the heart and mind, and disrupt the flow within the meridian,” explained physician Lim.

How To Reduce Epilepsy Symptoms In Children

Recognizing the signs of epilepsy can help parents take suitable steps to prevent their child from experiencing a more severe form of the condition. Firstly, a parent must be present with a child until they regain consciousness. Next, they must also ensure that the child is out of harm’s way.

Finally, you’ll need to keep the child’s airway clear, loosen clothes that are tight around the neck, and place a small, soft object under their head. If the child doesn’t regain consciousness within five minutes, you’ll need to call a paramedic.

A clinical physician will identify the type of seizure before proposing the appropriate medication. They will also consider a child’s age, the side effects of using specific medicine, as well as its ease of use. It must be remembered that they don’t cure epilepsy, but only control seizures.

Generally, it’s taken orally in capsule, sprinkle, syrup, or tablet form. A physician may also give the medicine through the nose or rectum during emergencies. If you admit your child to the hospital, medication can be administered intravenously or by injection.

It’s pivotal that parents give their epileptic children medication on time and as per the recommended dosages. More importantly, refrain from stopping medicine use as it can worsen the severity of their seizures.

Even where your child is free from seizures, do not make any changes to the medication regimen without consulting your pediatrician, and follow up regularly.

A keto diet may also be a helpful addition to a routine that helps keep epilepsy at bay but is only suggested when medications prove to be ineffective. It’s thought that the components of this diet – high fat, low sugar – uniquely alters brain excitability. Consequently, it reduces the frequency of seizures in children.

Alternatively, parents can also control epilepsy symptoms by putting their children on a modified Atkins diet. Two differences between the Atkins and keto diets are the higher number of calories and protein intake in the former. There’s also a no-calorie or fluid limitation, and no restriction on the consumption of oils and dairy products.

The use of a decoction or volatile oil extracted from the ingredient has also exhibited anti-convulsive effects. Also, make sure your pediatrician is aware of the herbal remedies you may be using or want to use.

Turmeric (Jiang Huang) is also beneficial for lowering the severity of epileptic seizures. It contains curcumin – a type of compound that possesses antioxidant and anti-inflammatory properties, which can influence chemicals in the brain.

Cat’s claw (Gou Teng) is another herb that can help decrease dizziness, epilepsy, or Liver hyperfunction. One study found that it contains anticonvulsive and free radical scavenging activities. It’s worth noting that the use of this herb can exacerbate the symptoms of autoimmune diseases.

Hence, children diagnosed with lupus, multiple sclerosis, and similar diseases should refrain from using the herb. Also, do avoid this herb if your child is undergoing surgery within two weeks as it can make bleeding control difficult.

Additionally, Ginkgo biloba and Huperzia Serrata have been shown to contain antiepileptic effects, according to one study.

Surgery and vagus nerve stimulation are only considered when medications fail. The latter is a procedure that helps stop seizures in children that struggle to control epilepsy with medication. It involves surgically placing a small battery into the chest wall.

Then, small wires are attached to the battery. The main function of the battery is to send energy impulses to the brain. If a child feels a seizure coming on, they can activate these impulses by holding a magnet over the battery.

Surgery, on the other hand, can be contemplated if a child’s seizures are hard to control and starts in a part of the brain, which doesn’t affect speech, memory, or vision.

Early intervention will enable you to prevent your child’s epilepsy symptoms from flaring up. Speak to a TCM practitioner to ascertain if a herb is safe to use based on your child’s body constitution

How To Best Support A Child With Attention Deficit Disorder

Does your child have problems sitting still or learning? If so, they may have attention deficit disorder. Here's what you can do to help them.

Many parents are bombarded with advertisements for children's health supplements every time they look at their phones, but which ones are best (and safe) to give your kids? Find out here.

How To Support Your Child's Musculoskeletal System

Children might be young and spry now, but slouching and bad posture can lead to back problems later in life. Here's how to best support your child's musculoskeletal system so they grow and develop properly.

How to Improve Gut Health in Children

Your child's gut health plays a pivotal role to help them grow and maintain their overall well-being. Learn more about the causes of gut disorders in children and ways to improve their digestive health.

Labor Day Weekend: Healthy Tips Before Sending Your Kids Back to School

These tips can help make it less painful for your child to go back to school the day after a fun Labor Day weekend. Here's how to make the transition as easy as possible while also setting them up for a healthy school year.