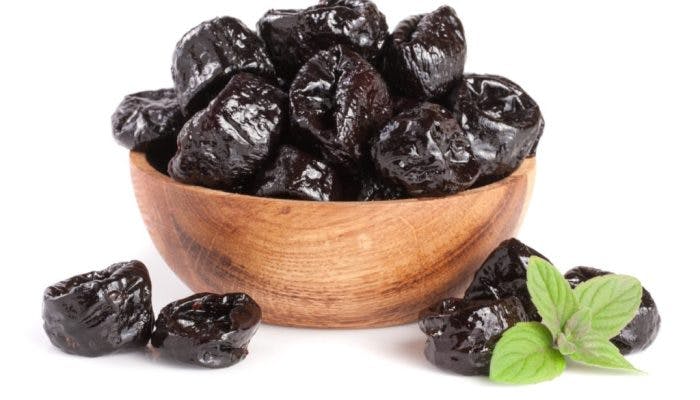 What is Smoked Plum (Wu Mei)?

Smoked Plum (wu mei, 乌梅) is a small, fleshy fruit that is native to China and Japan. In China, Smoked Plums are grown primarily in the Zhejiang, Fujian and Yunnan provinces. These fruits grow on tall trees with scented flowers that bloom in the Spring. These flowers are favoured in ancient China and Japan, and they were given special meanings in literary works such as poems because of its ‘character’ that defies snow and blossoms early.

Just like other seasonal fruits, people have come up with many ways to better preserve Smoked Plum. For example, drying and sealing it is one of the most popular methods. Wu Mei is harvested before the fruit becomes ripe, then baked at a low temperature till its skin turns black. The seed of the plum is later removed, and Wu Mei is then stored in a sealed container for later use. Others also use the fruit to make cold beverages or consume them as snacks.

In Traditional Chinese Medicine (TCM), Smoked Plum falls under the category of ‘Herbs that stabilize and bind’. Such herbs are used to treat abnormal discharges and displacement of organs, including conditions such as diarrhea, abnormal discharges from the vagina, penis, rectum, as well as the prolapse of the uterus or rectum.

Neutral in nature, Smoked Plum does not affect the yin-yang balance in your body. Sour in taste, the herb can aid digestion and restrain abnormal discharges of fluids from the body, such as heavy sweating. In particular, the herb targets the large intestine, the Liver, the Lungs and the Spleen.

Smoked Plum can astringe the intestines to relieve chronic diarrhea and dysentery. The herb can be used singly or combined with other intestines-astringing herbs to enhance its actions of checking diarrhea or dysentery. For example, to relieve diarrhea and dysentery caused by Damp-Heat, Wu Mei can be combined with other Heat-clearing and Damp-drying herbs such as Rhizoma Coptidis (黄连, huang lian).

Smoked Plum can astringe the Lungs to check cough, and is thus indicated for symptoms such as chronic cough with little phlegm or dry cough without phlegm caused by Lung- Deficiency. Wu Mei is an effective herb to treat ascaris, parasitic worms in the intestines, and to check pain. For abdominal pain, vomiting and cold limbs caused by ascaris, Wu Mei can be combined with other vermifugal herbs to enhance its actions.

Smoked Plum can promote the generation of fluids to relieve thirst and other relevant symptoms such as night sweats as well. In addition, if stir-baked to charcoal, Wu Mei can be used for metrorrhagia, metrostaxis, hematochezia and hematuria too.

As the fruit contains high amounts of dietary fiber, Smoked Plum may prevent digestion-related issues such as constipation, gas and cramping. Smoked Plum also contains organic acids that are great for gut health. By stimulating the production of stomach acid to improve food absorption, reduce bloating and irritation, the herb can promote digestive health.

The dietary fiber in Wu Mei can also promote the production of insulin in our body, which slows down sugar absorption and reduces blood sugar levels. The herb thus may be able to contribute to the management of diabetes. Aside from this, Wu Mei may also improve cardiovascular health by reducing bad cholesterol levels and increasing good cholesterol levels.

Also, Smoked Plum contains an abundance of alpha hydroxy acids, which is a popular ingredient in many skincare products. By removing the top layer of dead skin cells and promoting skin firmness, Smoked Plum can relieve skin conditions such as dry skin, wrinkled skin and acne.

Smoked Plum is a great food to consume when one is experiencing fatigue or sore muscles. Citric acid in the fruit can minimise bonding between lactic or pyruvic acid with muscle protein, which is one of the key reasons behind fatigue. Smoked Plum can also increase blood circulation to ensure that our body cells get the proper amount of oxygen and nutrition for growth and development.

Rich in iron, Wu Mei can also improve the production of hemoglobin to ensure that our brain gets sufficient amounts of oxygen and nutrition. Studies have suggested that the consumption of Wu Mei on a regular basis can reduce the risk of Alzheimer’s Disease and dementia. The herb may also prevent anemia, a disease of iron deficiency, and relieve related symptoms such as fatigue, weakness, headache, dizziness and irregular heartbeat.

Due to the high amount of minerals found in Smoked Plum, the herb is also highly beneficial for our bone health. Other studies have also suggested that Wu Mei can promote wound healing through its antifungal and antibiotic properties and help weight loss too.

How to Use Smoked Plum (Wu Mei)

The recommended daily dosage of Smoked Plum is 3 – 10g, depending on the condition being treated. Lower doses are prescribed if Smoked Plum extracts are being used, and large doses can be used if the herb is applied externally.

Typically, Wu Mei is mashed or charred, then ground down into powder for medicinal usage. To stop bleeding, the best way to use Wu Mei is to stir-bake it to charcoal.

Cautions and Side Effects of Smoked Plum (Wu Mei)

Smoked Plum should not be used by individuals who are experiencing an accumulation of excess Heat internally or diagnosed with exterior syndromes.

Here is a summary for Smoked Plum (Wu Mei):