Prone To Frequent Urination? Here’s How to Stem the Flow 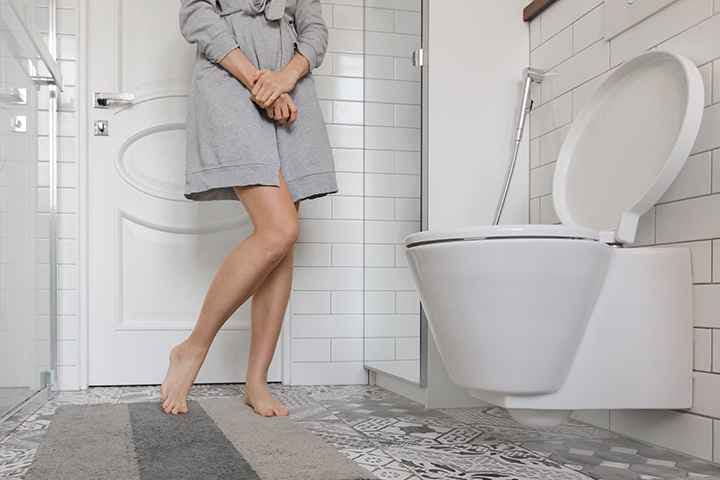 When frequent urination happens regularly, it can disrupt learning, work, and even a good night’s sleep. The problem is more common than you think. According to a study, more than half of Malaysian adults have frequent urination at night – a condition called nocturia.

Unfortunately, only around 25% seek treatment. Let’s look at what causes frequent urination and how to manage it effectively.

Frequent urination is common in pregnant ladies, middle- or old-aged adults, and persons with an enlarged prostate. Studies have found a strong association between frequent urination at night and diabetes, high blood pressure, heart disease, sleep disorders, and mental health.

The causes or related factors of frequent urination include:

Excessive consumption of water, alcohol or caffeine also contributes to this condition. Furthermore, certain medicines such as those used to treat high blood pressure or diuretics as well as radiotherapy may cause frequent urination.

Traditional Chinese Medicine (TCM) attributes frequent urination to kidney deficiency wherein the kidney cannot regulate the body’s fluid and draw out urine. The symptoms of frequent urination may be accompanied by the urge to urinate, lower back pain, fear of cold or heat, thirst, and fatigue.

Men may also have symptoms such as involuntary or premature ejaculation. Age and excessive sexual intercourse can also increase the risk of kidney deficiency.

How to Manage Frequent Urination

While frequent urination is a common complaint, people rarely seek any treatment for it. Most view it as a normal part of ageing, while many are unaware that it can be treated. First, try to understand why you are having frequent urination. Very often, you can resolve the issue with lifestyle changes and herbal remedies.

Try and avoid drinking fluids in the evenings. Do not exceed six to eight glasses of water in a day if your symptoms are bothersome. Also, limit the amount of coffee, tea, or alcohol you consume, particularly in the evenings.

Doctors frequently recommend Kegel exercises for women after childbirth to strengthen the pelvic muscles and prevent urine leakage. The exercise involves lifting and holding the pelvic floor and then relaxing your pelvic floor muscles. Here are three easy steps to follow:

Aim to do these sets at least twice or thrice a day. You can do kegel exercises anywhere and anytime; you need not set aside time to do it. As an added benefit– it also helps to improve orgasms!

According to Physician Ho, you can try consuming hearty soups made from black beans, black sesame seeds, eucommia, rehmannia, goji berry, glossy privet, and yam to help improve symptoms of frequent urination. Warm teas made from either of the following herbs: goji berry, ginseng, glossy privet, raspberry, and mulberry can also ease the symptoms. However, don’t overdo it and keep an eye on the total consumption of fluids.

Other herbs such as cordyceps also help tonify the kidney qi. In addition, Ning Shen Pills can invigorate qi and nourish blood, and is useful for the relief of fatigue, excessive urination, and night perspiration. Acupuncture and moxibustion are also effective in controlling the frequency of urination.

Western medication is another treatment option to consider. However, desmopressin is the only medicine currently approved by the U.S. Food and Drug Administration for frequent urination at night. It is available as a nasal spray or oral tablet and should be administered about half an hour before sleeping. Based on trial results released in 2017, desmopressin showed satisfactory results, especially in elderly patients, who were able to reduce their number of night-time urinations.

However, desmopressin may interfere with other medications you are taking. Be sure to inform your doctor of all your prescriptions. It may also reduce the sodium levels in the blood, so it’s important to monitor blood electrolyte levels and watch out for symptoms like headache, confusion, loss of energy, or drowsiness.

Causes of frequent urination vary widely from excessive water or coffee intake to severe ailments. If you need to pee more frequently than usual, have a fever, back pain, blood in the urine, or discharge from the vagina or penis, consult your healthcare provider immediately.

HFMD: Everything You Need to Know About This Debilitating Disease

It's a common misconception that hand, foot, and mouth disease (HFMD) only occur in babies. Learn how the virus affects adults and how to prevent it.

How to Keep Your Cholesterol Level Low from the Inside Out

Having a high cholesterol level can happen even among young adults. You should find out the causes and your options for keeping it at the right level.

Sometimes All We Need is the Air We Breathe: The Role of Healthy Lungs in Optimal Wellness and Beauty

Treat your lungs as good as they've treated you. Understand the importance of healthy lungs for our lives and make sure you keep them well.

Does Having a "Dad Bod" Put Your Health at Risk?

Keep Motion Sickness at Bay with These 5 Pro Tips

Don’t let motion sickness get in the way of your next travel plans with these pro tips.