How You Can Detect Endometriosis Symptoms Before It’s Too Late

Endometriosis greatly impacts women's lives, but awareness about the disease is very low. Learn how to spot endometriosis symptoms here. 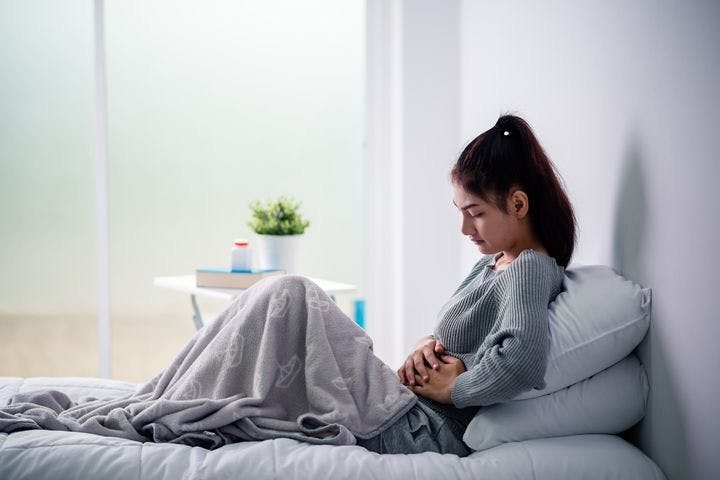 you know that around 350,000 Malaysian women are affected by endometriosis symptoms? You or someone you know could be suffering from it.

There’s a chance that you haven’t heard of endometriosis before. The condition is underdiagnosed and lacks awareness, which means that some people don’t know it exists. Consequently, many women might don’t realise that they have it before it’s too late.

Before a visit to your doctor, read more about endometriosis and its symptoms below to find out if you’re at risk. This article also explores treatments and how to live with the condition if you do have it.

It is a condition where tissue resembling the lining of the womb (endometrium) grows in other places such as:

Abnormal growth experienced during endometriosis doesn’t just look similar to endometrial tissue, it also behaves like one. Every month during a menstrual cycle, it builds up and is shed if a woman isn’t pregnant, resulting in bleeding at the site of the growth and pain in some parts of the body.

Endometriosis can be divided based on the intensity of the condition, starting from Stage 1 (minimal), Stage 2 (mild), Stage 3 (moderate) and Stage 4 (severe).

exact cause of endometriosis is still uncertain. However, the condition is genetic so if it runs in your family, you need to be aware of the symptoms so you can spot it early.

With no proven cause, there is no known way of preventing it. Experts have offered a few theories regarding the origin of the condition, including:

Endometriosis According to Traditional Chinese Medicine

Traditional Chinese Medicine (TCM) endometriosis as zhen jia, menstrual cramps and infertility. It is thought that the disease is caused by Qi Stagnation and Blood Stasis, with a combination of phlegm, Dampness, Heat and Kidney Deficiency. TCM believes that it is Stagnation that causes the pain in endometriosis patients.

The main symptoms of endometriosis are:

These symptoms may manifest differently for everyone. Some patients don’t even show symptoms at all. This is one reason why endometriosis is underdiagnosed.

Unfortunately, there is no cure for endometriosis yet and patients may have to live with life-altering pain for a long time. However, there are ways to ease the symptoms:

Hormone treatments are used to soothe the pain. This usually works by blocking the ovaries from producing hormones to prevent ovulation. This may help slow the development and activity of both the endometrium and abnormal growth. It can also prevent more adhesions in new areas.

Depending on the pain level, medications may vary from over-the-counter drugs to prescription pain relievers.

A procedure called laparoscopy may help remove tissue growth. Even so, it’s quite risky because it can impact a patient’s fertility. There is also a chance that pain and other symptoms may return over time after the surgery.

The focus of TCM-approved remedies always lies in treating the root of the issue. In the case of endometriosis, Stagnated Qi is believed to cause pain, while Dampness, and a weak Spleen cause fatigue. It is why TCM treatments for endometriosis centre around creating better qi circulation, strengthening the Spleen and eliminating phlegm and Dampness. TCM also emphasises invigorating the Kidneys to promote fertility and regulate the menstrual cycle.

Natural herbs and medications that can treat the symptoms of endometriosis include:

Several studies have shown that curcumin can decrease the number of and the process of abnormal cell growth, due to its anti-inflammatory role.

A 2015 study has found that Bak Foong pills (白凤丸) can regulate hormones, making them a viable treatment for menstrual pain. Furthermore, TCM believes that the pills can help nourish qi.

Also known as Indian ginseng, Ashwagandha has been found to improve fertility, due to its role in balancing hormones.

There’s another reason why there isn’t much awareness surrounding endometriosis: social stigma.

Endometriosis is often dismissed as a “woman’s problem”. There are reports of female employees feeling reluctant to disclose their period pain to their colleagues or employers for fear of being perceived as lazy, weak or overdramatic. As a result, their diagnoses could come too late. According to the Endometriosis Association of Malaysia (EAM), on average, there is a delay of to 11 years before a woman is diagnosed with the condition.

Once diagnosed, endometriosis symptoms might have a prolonged impact. With a selection of both modern and traditional treatments and support from an organisation such as EAM, endometriosis doesn’t have to be endured alone.

This is an adaptation of an article, “How to Soothe Your Endometriosis Symptoms for Good”, which first appeared on the All Things Health website.

Palliative Care: What You Should Know

Palliative care is not the same as hospice care. It involves caring for a person’s symptoms as they undergo cancer treatment.

Symptoms of Strep Throat: 7 Things to Know the Next Time You Feel That Tingle in Your Throat

Strep throat has some symptoms similar to a typical sore throat, with some major differences. Here is a list of seven symptoms you should know about.

Early COVID Symptoms: Get Tested When You Notice These Signs

Mild or severe, you should not ignore COVID symptoms. Here are the early signs of the coronavirus infection that you should watch out for.

Diabetes relates directly to multiple skin diseases. If left untreated, these can lead to permanent scarring of the skin surface.