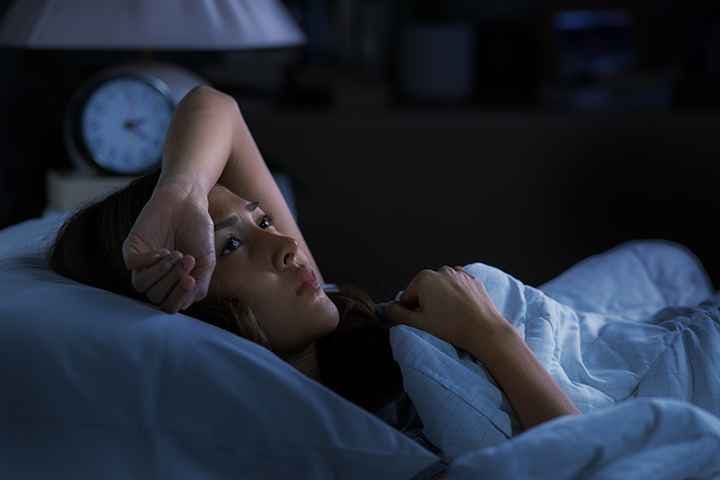 According to the Handbook of Clinical Neurology, a human spends one-third of their entire life sleeping or trying to do so. It just goes to show how essential snoozing is in our lives, yet sadly some people don’t have the luxury of it because they suffer from sleep disorders.

Contrary to popular belief, sleep disorders are more than a simple act of not being able to doze off at night. One of the most common clinical problems, this condition significantly impacts someone’s physical, mental, social and emotional functions. They could also be a symptom of another health problem. All in all, sleep disorders can significantly reduce a patient’s quality of life and, therefore, must be treated appropriately.

There are many types of sleep disorders, but the most common ones are restless leg syndrome, bruxism, insomnia and sleep apnea. Here, we will discuss the four disorders and how to treat them.

Do you have trouble falling asleep? Or has someone told you that you have bad sleeping behaviour? You might be suffering one of these disorders below:

Also known as Willis-Ekbom disease, restless leg syndrome (RLS) is a common, chronic, multifactorial movement disorder of the limbs. Patients have an irresistible urge to move their legs. Although the symptoms may start during childhood, most people are not diagnosed until adulthood.

Several diseases may induce RLS, but a lack of iron is the most probable. Other possible causes are:

Symptoms include involuntary fidgeting, kicking, pulling, stretching, twitching and other kinds of leg movements. In some cases, the condition spreads to the arms. RLS worsens at night and starts within 15-30 minutes after a patient lies on their bed. The motions last from 0.5-5 seconds and repeat themselves every 20-40 seconds, potentially disturbing an otherwise perfect sleep pattern.

The symptoms can progress from mild to severe, resulting in fatigue and a poor quality of life. RLS also relates to hypertension and headaches.

Other than taking medications, there are several things a patient can do to lessen the symptoms:

Bruxism is when someone grinds their teeth while asleep. Despite the many studies on the condition, researchers have yet to find a singular cause. As of now, researchers only assume that multiple factors, like psychological or medicinal, attribute to bruxism. TCM considers qi imbalance to be behind the Temporomandibular dysfunction (disorders concerning the jaw, jaw joints, and surrounding muscles) like bruxism.

Some treatments and prevention techniques that have been used to treat bruxism include:

In The Diagnostic and Statistical Manual of Mental Disorders and International Classification of Sleep Disorders, chronic insomnia is the difficulty in initiating or maintaining sleep on three or more nights per week for at least 3 months.

Studies have been conducted to figure out how insomnia transpires throughout the years. Each offers its perspective on the disorder, and every finding contributes to the factors that induce insomnia. To summarise, the causes of insomnia include:

In its guideline for managing insomnia, the American College of Physicians recommends CBT as first-line treatment. Meanwhile, TCM suggests getting acupuncture or cupping for patients afraid of needles. TCM physicians perform cupping at a person’s back to stimulate the key acupoints there. It works by warming up the viscera, which regulates the yin and yang, improving qi and blood circulation. Moreover, TCM also believes that spine date seeds and walnuts have calming effects. Consuming them may help soothe the body and mind, preparing the patient for a night of quality sleep.

Obstructive sleep apnoea (OSA) is a type of sleep apnoea, defined by the National Health Service (NHS) as a condition where breathing stops and starts during sleep. OSA can trigger high blood pressure, stroke, depression, accidents, and difficulty concentrating when untreated.

People who have OSA experience the following episodes during sleep:

As patients must observe the symptoms above, they might not know they have OSA. The condition has been commonly found in people who are:

To date, the most effective treatment is the use of a CPAP (Continuous Positive Airway Pressure) machine. It functions by pumping air into a mask that a patient must wear over their mouth or nose as they’re asleep. Alternatively, TCM recommends acupuncture. There is evidence that the TCM treatment is safe and effective, but it can also improve the condition.

Furthermore, people with OSA should stop smoking and drinking alcohol too much, avoid sleeping pills, lose weight, and sleep on the side.

Sleep disorders have more severe consequences than some people might think. They cause more than mere daytime yawns. In fact, they might lead to anxiety, cognitive dysfunction, formation of false memory, etc. If you have insufficient sleep and feel that it disrupts your life, don’t sleep on it and make an appointment with a doctor or physician.

This is an adaptation of an article, “Pillow Talk”, which first appeared on Eu Yan Sang website.

What Causes a Sexless Marriage? Find Out How to Improve a Low Libido Naturally

It's not unheard of for couples to have a sexless marriage. However, a lack of intimacy can sometimes put a heavy strain on their relationships.

The Dangers of Eating Salty Food

Regular consumption of salty food may put you at risk of hypertension, heart disease or failure, or a stroke. It can also lead to osteoporosis onset. Here's how to watch your salt intake.

Hand Washing Steps: How to Clean Your Hands the Right Way

How many of you still remember the proper hand washing steps? Let us remind you how and why it’s important to keep your hands clean in this pandemic era!

4 Natural Ways to Get Rid of Eye Bags

Eye bags are an unsightly but common occurrence. Learn how to reduce their appearance naturally with these tips.

Quiz: What is the Best Weight Loss Diet for Your Body Type?

Answer these questions to identify your body type! Try incorporating the weight loss diet plans laid out to help you achieve a healthy weight.