5 Nail Problems That Indicate the State of Your Health

Healthy nails have a smooth appearance and consistent colour. But changes in your nails, such as breakage and ridges, may indicate an underlying medical condition. 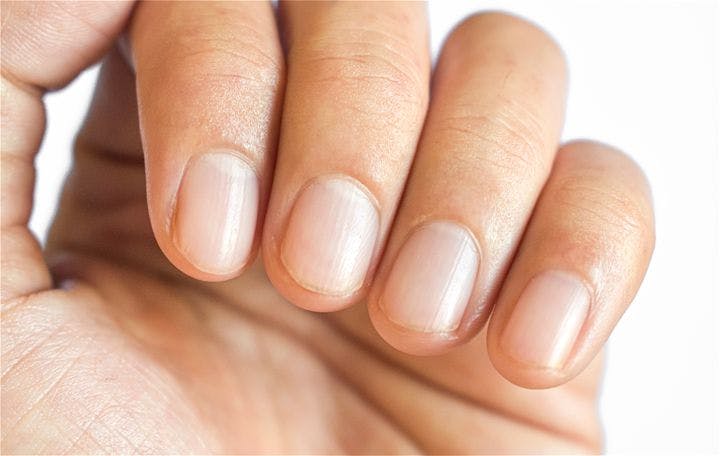 problems can indicate if you have a serious or chronic medical condition. But a change in appearance, colour or physical characteristics doesn’t necessarily mean it’s a sign that something’s wrong.

Thickened nails or nails that break easily, for example, are signs of ageing. A woman’s nails can also become than usual, or more brittle during pregnancy.

Traditional Chinese Medicine (TCM) believes that the Liver holds blood and governs the tendons. In addition, the nails are an extension of the tendons and a reflection of your overall health.

Read on to understand the relationship between nail changes and overall health, and the steps you can take to address specific nail problems.

What Do Colour Changes in the Nails Mean?

Each finger in TCM corresponds with :

Healthy nails are pink and spotless. They’re also symmetrically shaped, smooth, and not twisted out of shape.

According to TCM, if you have nail problems such as changes in the colour of your nails, it may be a sign of health disorders or body constitution syndromes. White nails point towards Blood and Qi (vital life force) Deficiencies. Red nails can be due to Excessive Body Heat, Liver Fire, or cardiovascular disease onset.

Purple nails show a lack of oxygen, Blood Stasis, or peripheral vascular disease. Long-term smokers typically have yellow nails. However, it can also be a symptom of jaundice, liver disease, or senile purpura (forearm bruising) as a result of minor trauma.

Nails that are greyish-black are likely to have a fungal infection, whereas cherry red nails may indicate carbon monoxide poisoning.

Nails that appear thin and are turned inside with a depression in the centre are referred to as spoon-shaped nails or koilonychia. Iron deficiency anaemia is one of the leading causes of this and it can stem from:

Koilonychia may also be a manifestation of:

What are the treatment options for koilonychia?

A person can consume more iron-rich foods or use supplements to correct or prevent the occurrence of anaemia-related koilonychia. Food such as tofu, seafood, red meat, leafy green vegetables, nuts, beans, and seeds can help.

Treating the reasons behind koilonychia onset will also enable the nails to grow properly. It may take up to 18 months before symptoms of this nail disorder resolve completely.

Grooves that run horizontally across the nails (also called Beau’s lines) are a notable symptom of nail psoriasis. The condition is characterised by discolouration or nail pits.

The skin under the nails may appear red, brown, yellow, or pink. Pits can develop on a person’s nails and comes in various sizes. These can be as small as 0.4 millimetres or big as 2 millimetres in width.

Nail psoriasis is an autoimmune condition. It involves a rapid production of skin cells and appears with a psoriatic rash on the body. A person may be more vulnerable to the condition if they’re:

What are the treatment options for nail psoriasis?

The remedies can only improve the condition after four to six months and if it reaches the nail bed and area where the nail starts to grow.

Medication such as etanercept, adalimumab, or ustekinumab is used to treat more severe cases of . Similarly, methotrexate, cyclosporine, or apremilast may also be used.

Another clinical treatment is phototherapy, which combines a drug called psoralen with ultraviolet A (PUVA) or B (PUVB) to improve the condition. Meanwhile, laser therapy uses pulsed dry lasers to target blood vessels under the nails, reducing the condition’s severity.

The moon-shaped portion of the nail matrix that extends beyond the nail fold is referred to as the lunula. Studies show that lunulae are absent in 62.9% of people diagnosed with chronic kidney disease.

In TCM, fewer lunulae are linked to physical weakness and a Yang (active energy) Deficiency. Overly large lunulae point to an Excess Syndrome, a short temper, and the possibility of a stroke or high blood pressure and blood sugar levels.

Nails that appear detached from the fingers or toes are a prominent symptom of clubbing. The nail tips will curve downward and become wide or rounded.

These symptoms are associated with several types of cancer. They include , mesothelioma, gastrointestinal tumours, and liver, lung, and oesophageal cancers. Heart and lung conditions that relate to digital clubbing include:

A loss of water under the nail bed due to ageing may provoke the onset of vertical nail ridges. Rheumatoid arthritis can also cause its development, albeit to a lesser degree.

Horizontal ridges are a sign of trauma or temporary nail growth disruption. If the symptom persists or recurs, it may indicate diabetes, a zinc deficiency, or vascular disorders.

Is it possible to treat lunula disorders or nail problems directly?

Pulling out cracked or broken fingernails will encourage the growth of a new fingernail. But the best way to heal nail problems like lunula disorders or clubbed nails is to treat the root causes of these symptoms.

recommends diet therapy as an alternative treatment approach. Examples of these are:

Understanding the conditions that provoke nail problems will enable a healthcare provider to treat them effectively. Likewise, a TCM practitioner will diagnose your condition based on your symptoms as well as changes in your fingernail appearance and colour. This will allow them to prescribe suitable treatments that remedy the problem while taking into account your body constitution.

Watch Out! Your Gums Are Bleeding and Here's Why

How to Achieve Remission from Hodgkin's and Non-Hodgkin's Lymphoma

The many types of rashes can present in numerous ways. Interestingly, having COVID-19 can also provoke an onset of skin rash.

Do Not Ignore Fatty Liver: Why You Should Treat It Now Before It's too Late