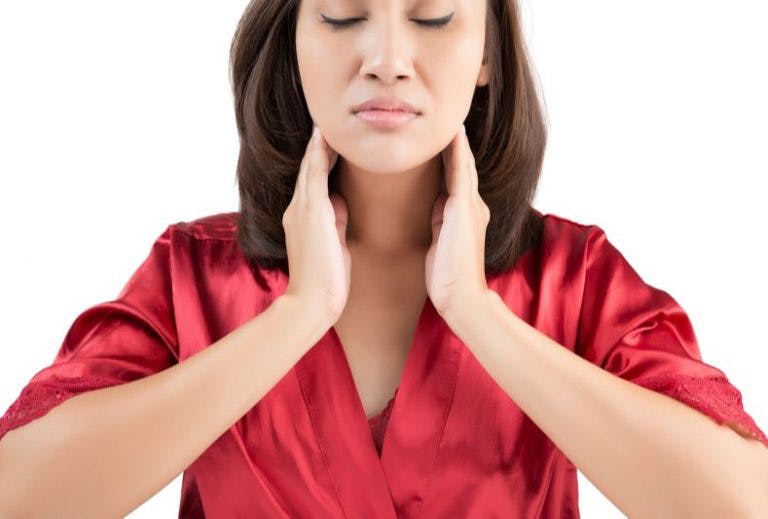 Swollen lymph nodes could take you on a trip down the internet rabbit hole to find out if you have cancer. In fact, swollen lymph nodes are usually a normal sign that your immune system is working to get rid of an infection. However, it happens to also be one of the symptoms of lymphoma, a cancer of the lymphatic system. Non-Hodgkin lymphoma, the most common category of the disease, has an incidence rate of about 4.1% in Malaysia.

Lymphoma and the Lymphatic System

The lymphatic system is part of the immune system comprising a network of vessels, tissues, nodules, and organs throughout our body. The nodules, called lymph nodes, are like stations within this network. They contain specialised white blood cells called lymphocytes that multiply in number when it detects a pathogen and works to get rid of it. This is why our lymph nodes swell when we are sick with certain illnesses.

Lymphoma is a type of cancer in which the lymphocytes multiply uncontrollably. It results in swollen lymph nodes due to the malignant tumours. There are over 60 different types of lymphoma that can be broadly categorised into either Hodgkin or Non-Hodgkin lymphoma. The latter is more common. The difference lies in the type of abnormal cells found in Hodgkin lymphoma, called the Reed-Sternberg cells.

Here are the most common local and systemic symptoms of lymphoma. Having one or more of the symptoms below do not necessarily mean that you have lymphoma. Many of these are symptoms present in other illnesses.

Swollen lymph nodes in the neck, armpit, and/or groin

These are sometimes painless, feel rubbery, smooth, and around, and might move if you try pressing on them. As the tumour grows, the swollen lymph node can get quite big. The swelling can also come and go depending on whether the cancer is actively multiplying cells or dormant.

If the swollen lymph nodes are in the chest, you may have symptoms that arise from the compression of your lungs and air passages by the swell (or mass), causing a dry cough, shortness of breath, chest pain, and fullness. Similarly, if the lymphoma is in the abdomen, you may feel bloated with a swollen tummy. If it is at your stomach, you may also develop non-specific symptoms such as abdominal pain, nausea gastritis, diarrhoea, or constipation.

To fight lymphoma, your immune system releases certain chemicals that irritate the nerves in your skin, causing itching. The itching can be severe and cause sleep disturbance, but it’s not usually accompanied by a rash (unless you have skin lymphoma). The itching may be near swollen lymph nodes under the skin.

This is an extreme kind of tiredness. If you experience fatigue, you won’t find relief even after having slept or rested. This could be due to the body trying to fight the lymphoma.

Lymphoma compromises your lymphatic system, making it more difficult for your body to fight off infections.

Fever due to lymphoma cannot be explained by any known infection. It is the normal cause for fevers in otherwise healthy people. In lymphoma, the cells produce certain chemicals that raise the body temperature, manifesting as a low grade fever.

Lymphoma, like all cancers, uses up your body’s energy resources. At the same time your body also takes up more energy to fight the cancer. This results in rapid weight loss that is unintentional and unexplainable.

Night sweats is a condition of heavy sweating to the point of being drenched. A person would need to change their clothing, usually at night.

The last three of the common symptoms above are also called “B Symptoms” when they appear together. They are used by doctors when referring to the stage of lymphoma.

Causes of Cancer According to TCM

“The main cause of cancers like lymphoma is Liver Qi Stagnation. When the Liver qi is stagnant, fluid metabolism is affected, hence formation of phlegm. Internal stagnation builds internal fire, causing the essence and blood to diminish, and one to feel weak in general. From TCM’s perspective, Lymph Node enlargement is considered as phlegm nodulation or blood stasis. The affected organs are usually the Spleen, Kidney, and Liver,” Physician Lim Sock Ling explains further.

Incorporating TCM into cancer management as a complementary and adjuvant therapy shows promise. This is because TCM enhances the body’s own ability to develop defences and fight against physical stresses brought about by cancer and its management. Recent research shows acupuncture, for example, works as well and sometimes better than antidepressants such as fluoxetine and venlafaxine at alleviating psychological symptoms such as insomnia and depression. Another research article stated that certain TCM formulations containing herbs like Scutellaria baicalensis, Ziziphus jujuba, Paeonia lactiflora, and Glycyrrhiza glabra reduce the adverse effects of capecitabine, a chemotherapy drug.

The good news is, swollen lymph nodes and other common symptoms that may look like lymphoma don’t necessarily mean you have lymphoma. However, it’s always good to have a deeper understanding of this condition when you speak with your doctor. Lymphoma treatment has come a long way both in Western medicine and TCM. Survival rates are among the highest among cancers. If you observe any of these symptoms and they don’t seem to go away, it’s a good idea to check with your doctor, just to be sure.

Prone to Acid Reflux? You May Have an Underlying Condition

Acid reflux may be “just a part of life” for you, but have you ever wondered what the underlying reasons could be and how you could potentially avoid future occurrences?

Prostate cancer is a common cancer in elderly men. Understand the stages of prostate cancer and how traditional remedies can support the treatment.

How to Stop Heavy Period Flow from Ruining Your Day

We may assume that there is nothing we can do about heavy period flow, but there are ways to stop it from ruining your day and night.

Early COVID Symptoms: Get Tested When You Notice These Signs

Mild or severe, you should not ignore COVID symptoms. Here are the early signs of the coronavirus infection that you should watch out for.