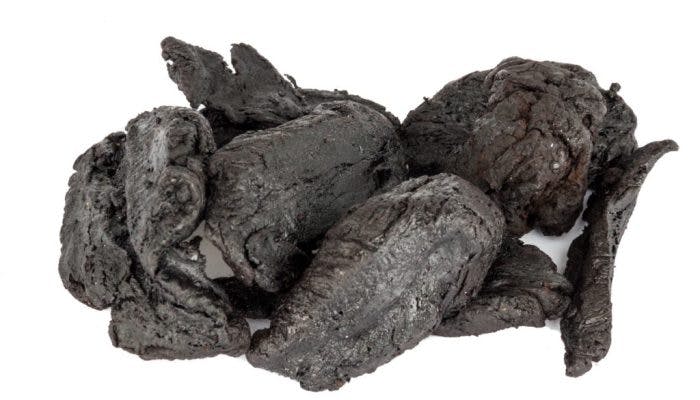 What is Rehmannia Root (Radix Rehmanniae)?

Rehmannia Root (shu di huang, 熟地黄), also known as Radix Rehmanniae, is the root of Rehmannia glutinosa. This herb is said to be one of the 50 most important herbs in Traditional Chinese Medicine (TCM). First mentioned in Chinese medical literature back in the Han Dynasty (200 BCE), Rehmannia Root was traditionally prepared by steaming it 10 times and drying it under the Sun nine times. The root is often steamed in wine till both it turns black and moist.

Considered to be the number one herb for disorders related to the Kidneys and adrenal glands, Rehmannia Root has been long used as a kidney tonic, as well as a tonic for general health, balance and wellbeing.

Endemic to Asia, Rehmannia Root was brought from Asia to the West only in the 18th century. The plant is sometimes grown as ornamental garden plants in Europe and the United States.

In Traditional Chinese Medicine (TCM), Rehmannia Root falls under the category of ‘Tonic herbs for Blood Deficiency’. Such herbs are used for patterns of deficiency by replenishing one’s ‘Four Treasures (qi, blood, yin, yang). Warm in nature, Rehmannia Root can help individuals who have too much ‘Cold’ in their body, such as those experiencing a Yin Excess or a Yang Deficiency, to restore a harmonious yin-yang balance.

Sweet in taste, Rehmannia Root can slow down acute reactions, detoxify the body and has a tonic effect on the body by replenishing qi and blood. In particular, the herb targets the Kidneys and the Liver.

Rehmannia Root can nourish yin in the Liver and Kidneys, and is known as one of the key herbs in the treatment of Kidney Yin Deficiency. Rehmannia Root can be combined with other Kidney-yin-nourishing and Heat-clearing herbs to relieve soreness and limpness in the lumbar and knees, frequent urination, tinnitus, deafness, red tongue with little coating caused by Liver and Kidney Yin Deficiency, tidal fever and hot sensation in palms due to effulgent Fire caused by Yin Deficiency.

Rehmannia Root can nourish essence and blood as well. For example, the herb can address the early whitening of beard and hair, hypoevolutism of infants and children caused by Essence Deficiency and Blood Deficiency and other developmental or growth disorders.

Rehmannia Root is able to function as an adaptogen as well. In other words, it is a herb that can bring tranquility in times of stress, boost energy levels during periods of fatigue, and bring clarity of mind in times of confusion. Rehmannia Root may help to modulate the release of stress hormones from the adrenal glands, which helps to restore innate immune functions while helping the body to adapt to various different stressors.

While Rehmannia Root has a history of traditional usage in the relieving of menopause symptoms, more recent studies are now confirming the herb’s effectiveness in combating night sweats and hormone disruptions. Catalpol, a key component of Rehmannia Root, has the ability to stimulate adrenal cortical hormones, which helps to stimulate the production of sex hormones which alleviate hot flashes, night sweats and vaginal dryness.

In addition, Rehmannia Root contains many bioactive compounds with strong antioxidant properties. This helps to protect the body against the oxidative damage that is present in many heart diseases. The herb may help to support heart health and healthy cholesterol levels.

How to Use Rehmannia Root (Radix Rehmanniae)

The recommended daily dosage of Rehmannia Root is 9 – 15g when consumed as a decoction. Some healthcare practitioners may prescribe a dosage of up to 30g. The herb may also be taken as part of rice wine, syrup, powder or pills.

As processed Rehmannia Root may disturb digestion and absorption processes, when taking high doses of Rehmannia Root or consuming the herb on a long-term basis, it is advised to use it along with other digestant herbs. This is to prevent side effects such as an upset stomach, abdominal distention and poor appetite.

Whole Rehmannia Root is usually available in either fresh or dried forms. Rehmannia Root powder is also sold in some Asian markets and specialty stores.

Cautions and Side Effects of Rehmannia Root (Radix Rehmanniae)

Rehmannia Root should not be used by individuals who are experiencing stomach and Spleen Deficiency, fullness and pain in the abdomen, nausea, diarrhoea and postpartum loss of appetite.

Some common side effects of Rehmannia Root include heart palpitations, dizziness, vertigo and fatigue. Rehmannia Root may also be unsafe for individuals who have Liver diseases, pre-existing digestive or immune problems. Children, pregnant or breastfeeding women should also use this herb with caution.

As Rehmannia Root may lower blood sugar levels, it may interact with antidiabetic drugs. Thus, people who are taking these drugs should avoid consuming this herb. Individuals who have scheduled surgeries should avoid taking this drug at least two weeks before the surgery.

Here is a summary for Rehmannia Root (Radix Rehmanniae):

Ota, M., Nakazaki, J., Tabuchi, Y., Ono, T., & Makino, T. (2019). Historical and pharmacological studies on rehmannia root processing–Trends in usage and comparison of the immunostimulatory effects of its products with or without steam processing and pretreatment with liquor. Journal of ethnopharmacology, 242, 112059. [Accessed on 19th December 2022]