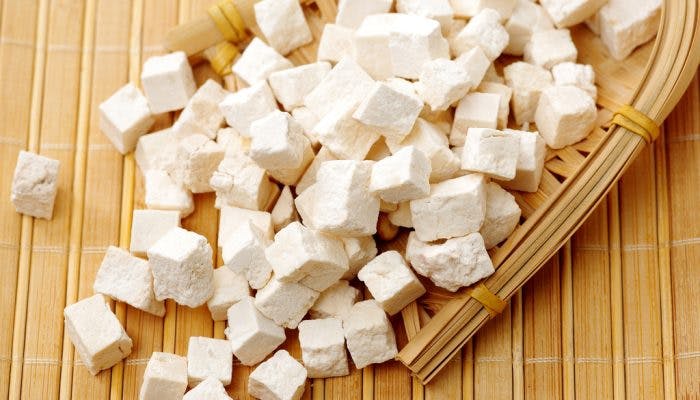 What is Indian Bread (Poria)?

Indian Bread (fu ling, 茯苓), also known as Poria, is a type of fungus derived from poria cocos that thrives on the roots of the masson pine tree or the Japanese red pine. It is shaped like a sweet potato with a brownish-black skin and white or pink flesh.

This herb is mentioned in Dream of the Red Chamber (Hong Lou Meng, 红楼梦), one of the most well-known classical literary works in China, as a health and beauty product. In Chapter 60, it was mentioned that one can promote good health by mixing Poria cream with milk or boiled water and drinking it every morning. Poria cream is also used by the female characters in the novel as a facial mask to attain a white and smooth complexion.

Also, legend has it the Empress Dowager (ci xi, 慈禧) of the Qing Dynasty used to suffer from weak health and a poor appetite. The imperial chefs actively looked for herbs that can invigorate the spleen and promote appetite in their cooking, and they discovered Poria. The chefs made thin crepes or filled pancakes with finely ground Poria powder, adding other ingredients like fine flour, pine nuts, peach kernels, sweet osmanthus flowers and honey. The Empress Dowager loved these Poria pastries so much that she offered them as a form of reward for court officials.

This type of mushroom is considered one of the premier Yin tonic herbs. Falling under the Traditional Chinese Medicine (TCM) category of ‘Herbs that drain Dampness’, Poria promotes the increased production of urine to remove Dampness that has accumulated in the body. According to TCM, Dampness is accumulated first in the lower limbs, which can cause edema and impair movement. If not treated in time, it may later affect digestion and the respiratory system.

Neutral in nature, Poria does not disrupt the yin-yang balance in your body. Sweet in taste, Poria tends to slow down acute reactions and detoxify the body. They also have a tonic effect because they replenish qi and blood. This herb targets the Heart, the Kidney, the Lung and the Spleen.

Functions and Benefits of Poria

Poria encourages urination to drain excess Dampness from the body. It can induce diuresis to eliminate pathogens, alleviate edema and tackle body fluid retention problems. It can be combined with other herbs to restore the normal functioning of the bladder, Yin Deficiency accompanied with urinary difficulty and swelling, and Yang Deficiency of Spleen and Kidney that will result in general swelling. For example, Poria can be used to treat swollen feet.

Poria is an excellent tonic to the Spleen and Stomach. This herb can help to cure bad appetite, fatigue and general weakness caused by Spleen and Stomach Deficiencies. Poria can work with other herbs to promote spleen functioning and meridian circulation to reduce puffiness, tackle chronic diarrhea, resolve disorder in fluid metabolism and relieve vomiting. If individuals are experiencing chest stuffiness and palpitations as a result of the accumulation of phlegm and retained fluid in the upper body, they can turn to Poria as well.

Poria supports the Heart and calms the Spirit. Deficiencies in the Heart and Spleen can cause the Mind to become restless, which result in increased stress levels, sleep disorders and forgetfulness.  Body fluid disturbances that affect the Heart may also cause symptoms such as palpitation, breath shortness and swelling. If the individual is experiencing phlegm obstruction,  it is usually accompanied by limb coldness, chest stuffiness, excess throat secretions, nausea, poor appetite and a greasy white coating on the tongue. Poria can help to ease such conditions as well.

Other than the above Poria benefits, modern research has also suggested that Poria has several beneficial actions including anti-tumour, anti-inflammation, antioxidant, anti-ageing and immunomodulatory effects. It was also discovered that Poria may be useful in treating Alzheimer’s disease, certain types of cancer, Type 2 diabetes.

How to Use Poria

Poria is usually sold as dried white or pink slices in the market. It can be consumed as food, sold as supplements, or used as an ingredient in dishes such as Sweet Poria Cakes, Congee, or Soup.

To prepare Poria, you can soak it in water, wash, steam lightly, remove the outside skin, and cut it into pieces or thick slices before drying it. The recommended serving size is 10 to 15g.

Cautions and Side Effects of Poria

If the individual is experiencing frequent and copious urination that is associated with a Cold Deficiency, the individual should avoid consuming Poria.

Also, we do not recommend the consumption of Poria while one is pregnant due to the lack of information on the safety and efficacy of consuming Poria during pregnancy and lactation.

It is also strictly not recommended for individuals with symptoms of premature ejaculation.

If you experience any unexpected side effects such as vomiting or diarrhea after consuming Poria, do notify your healthcare provider immediately to prevent any undesirable health complications.

Here is a summary for Poria: