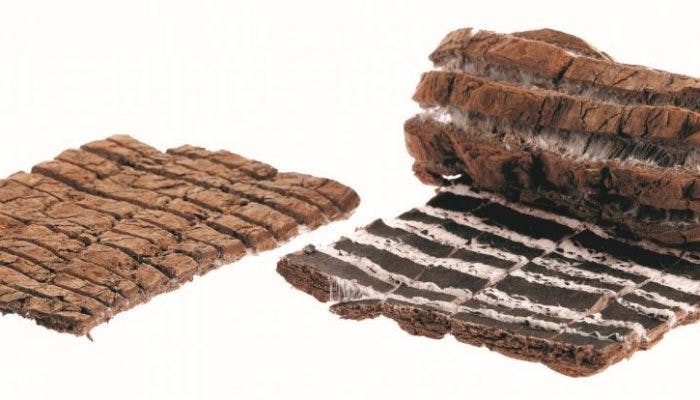 What is A Eucommia Bark?

Eucommia Bark (du zhong, 杜仲) is a herb that comes from the Chinese rubber tree (Cortex eucommia ‘Ulmoide’), a rare tree species that has survived thousands of years. Other than the bark, Eucommia Leaf is also often used by medicine practitioners for its health benefits.

For the best medicinal value, Eucommia Bark is usually harvested from April to June. After peeling, the tertia of the bark is scraped off, and the barks are stacked together to be dried under the sun till their endothelium becomes purple-brown.

Falling under the Traditional Chinese Medicine (TCM) category of ‘Tonic Herbs for Yang Deficiency’, Eucommia Bark has a ‘Warm’ nature. This means that it can help individuals who have too much ‘Cold’ in their body (i.e. Yin Excess or Yang Deficiency) to restore their balance in yin and yang.

Sweet in taste, Eucommia Bark targets our Kidney and Liver. According to TCM, the Kidneys regulate our urinary system, play a key role in our reproductive system, and have a strong influence over our body’s growth and ageing. The Liver is in charge of regulating the movements of qi and the body fluids. It also helps to balance our emotions.

It is one of the few herbs in TCM that is powerful and balanced enough to be used alone without intervention of other herbs. Eucommia bark is mentioned in ancient TCM texts for its effectiveness in treating lower back and knee pain. Also, it is often used to treat Kidney Yang Deficiency.

Functions and Benefits of Eucommia Bark

In TCM, Eucommia Bark is believed to bring the following benefits to individuals who consume it:

Firstly, Eucommia Bark promotes circulation and tonifies the Liver and Kidneys. It is particularly beneficial for conditions that arise from Liver or Kidney Qi Deficiency and Cold Wind conditions that arise with age, such as arthritis, frequent urination, and chronic pain in the lower body. Hence, many see Eucommia Bark as an effective anti-aging herb. From the perspective of TCM, our vital life essence is stored in our Kidneys, thus it is important to keep this region warm.

Secondly, Eucommia Bark increases bone density by strengthening  bones, joints and sinews, especially in the knees and lower back.

Fourthly, Eucommia Bark can calm a restless fetus down. It is beneficial for women who are experiencing risky or unstable pregnancies. In the event of pregnancy, kidney or liver deficiency can lead to potentially life-threatening complications or even miscarriage.

(Tip: You can get clues on your health condition from your vaginal discharge during pregnancy.)

Other than the above Eucommia Bark benefits, modern studies have also found that Eucommia Bark is a rich source of antioxidants, lignans and isoflavonoids (naturally occurring chemicals with hormone-like effects). It has been used and studied for a variety of uses including treating low sex drive, sexual dysfunction, cancer, metabolic syndrome and more. However, most of such research is still limited to animal testing and small trials.

Eucommia Bark is also a popular herb among athletes as it is known to help improve flexibility and increase physical energy. This is likely due to its ability to lower blood pressure and its anti-inflammatory properties. However, while the bark is an energizing herb, it is not a stimulant. It can work as an adaptogen to either activate circulation or calm the nerves as required.

In some research, Eucommia Bark is also shown to be of benefit to neurological functions and cognitive decline. It is also said to promote weight loss, prevent osteoporosis and enhance heart health.

How to Use Eucommia Bark

In TCM, the recommended daily dosage of Eucommia Bark is 6 to 9 grams. This herb is often cooked in boiling water to make tea or soup for consumption.

For example, Eucommia Bark is often used in Chinese herbal formulas such as Du Huo Ji Sheng Tang (独活寄生汤) to address conditions such as lumbago and somatic heaviness caused by Wind-Dampness.

Also, Eucommia Bark is also available in ready-made forms such as capsules, extracts, powder and other dry forms.

Cautions and Side Effects of Eucommia Bark

Eucommia Bark has been used in TCM for centuries with limited reports of side effects. However, one therapeutic trial of Eucommia Bark documented possible concerns including moderately severe headache, dizziness, edema, and the onset of a cold.

Also, individuals who are taking medications for diabetes or high blood pressure, anticoagulants, antiplatelets or thrombolytics should not consume Eucommia Bark without consulting their medical practitioner. Individuals who are experiencing Yin Deficiency should also avoid consuming Eucommia Bark as it will worsen their current medical condition.

Individuals who experience internal body Heat symptoms such as night sweating, hot flushes or constant thirst should consult a physician before consuming this.

Eucommia Bark should never be used in conjunction with Ningpo Figwort Root.

Here is a summary for Eucommia Bark: