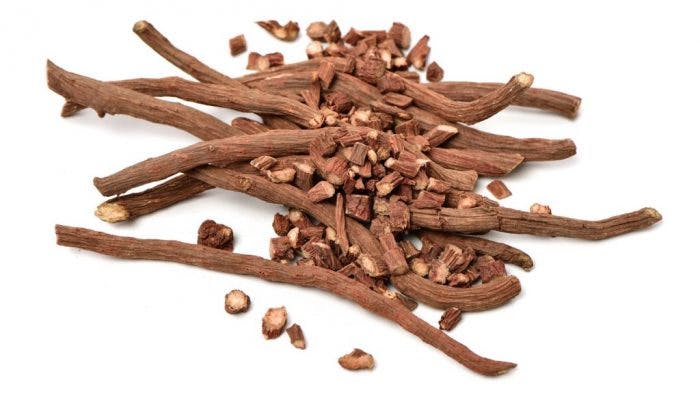 What is Danshen Root?

Danshen Root (dan shen, 丹参), also known as Salvia Root or Red Sage Root, is the dried root of Salvia miltiorrhiza ‘Bunge’. A common medicinal herb in Traditional Chinese Medicine (TCM), Danshen Root has been used for the treatment of many diseases for thousands of years.

Shen Nong Ben Cao Jing, the TCM classic that was written 2000 years ago, has recorded that Danshen Root can be used for the treatment of gastrointestinal diseases, cardiovascular diseases and certain gynecological diseases.

Over the centuries, Danshen Root can be crowned as the most popular herb in TCM for cardiovascular, blood pressure and circulatory support. It is used as the chief active ingredient in several TCM prescriptions for blood circulation, heart health and stress management.

Danshen Root gives a bitter taste. In TCM, bitter herbs are said to have a cleansing action on the body by clearing Heat, drying Dampness, and promoting elimination through urination and bowel movements. 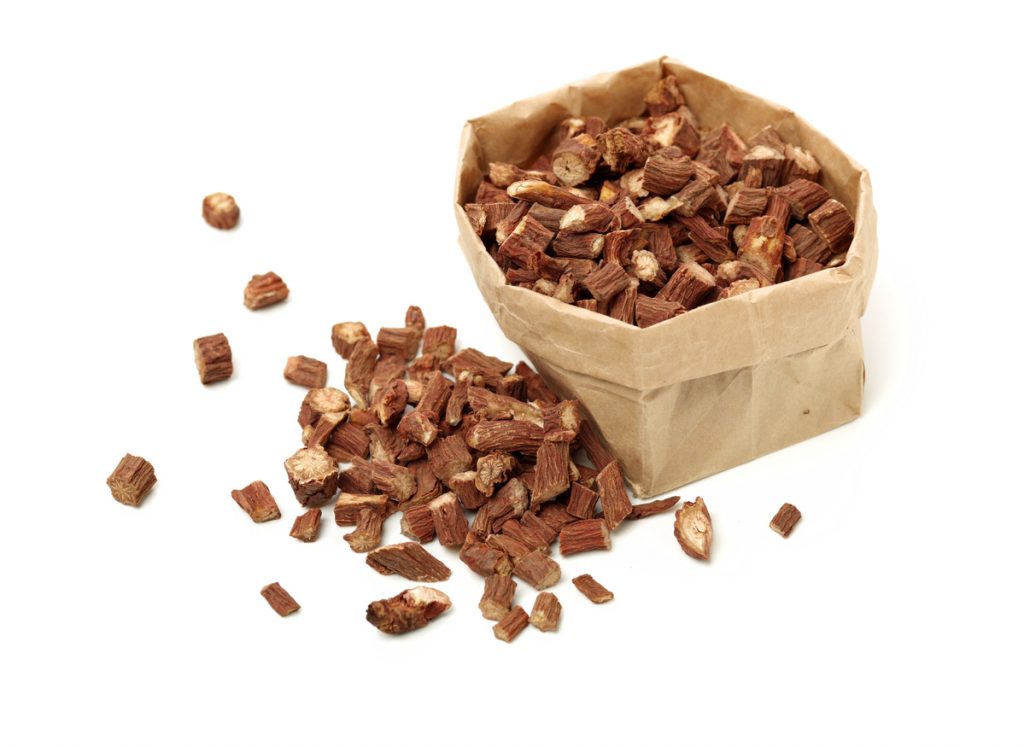 Functions and Benefits of Danshen Root

Danshen Root can invigorate blood to dispel Stasis and treat conditions caused by Blood Stasis. For example, it can help with the circulation of blood in cardiovascular conditions such as hypertension and menstrual irregularities. It is a common TCM treatment for low blood pressure, and it can also be used to treat certain tumours, cysts and hardened clots caused by Blood Stasis.

Danshen Root can clear excess Heat in our body to soothe irritability, restlessness, palpitations and combat insomnia. It can fight against the harmful effects of stress by eliminating internal Heat and calming the mind.

Danshen Root cools the blood. This helps to reduce swelling in toxic sores and breast abscesses. Also, this treats symptoms caused by the presence of Heat in your blood, such as delirium and high fever.

Fourthly, Danshen Root can nourish the blood and calm the spirit. This helps to treat palpitations and insomnia triggered by Heat in the Heart or Blood Deficiency in the Heart.

Today, Danshen Root is often used for conditions associated with emotions, such as restlessness and insomnia, which are often characterised by the presence of excess Heat in the body. It is also used for heart and blood vessel health, as it appears to thin the blood by preventing platelet and blood clotting. Modern studies have suggested that Danshen benefits also include widening blood vessels, which then improves blood circulation in your body.

How to Use Danshen Root

Danshen Root can be consumed directly by brewing it in hot water or tea. Take 3-12 grams of Danshen Root, remove its impurities and smaller stems by washing it thoroughly. Cut the root into thick slices and dry it before brewing it.

Danshen Root can also be made into pills for convenient consumption.

Cautions and Side Effects of Danshen Root

Danshen Root should never be used in conjunction with or consumed together with Black False Hellebore. When used together, these two herbs interact with each other to produce certain substances that are harmful to the human body, and may compromise your health.

Danshen Root also interacts with many other medications, which increases the chances that the medication’s side effects will occur. Examples of such medications include Digoxin (Lanoxin), medications that slow blood clotting (e.g. Anticoagulant / Antiplatelet drugs), Warfarin (Coumadin) and Aspirin. It is best to discuss with your doctor or healthcare provider before deciding to include Danshen Root into your diet.

Also, if you have a bleeding disorder, you should avoid consuming Danshen Root as it might increase the risk of bleeding and lower blood pressure even further.

As Danshen Root may help to slow down the process of blood-clotting, there are concerns that it might increase the risk of extra bleeding during and post-surgery. It is advised to refrain from consuming Danshen Root for at least two weeks before a scheduled surgery.

Pregnant women or individuals under chronic medication should consult a physician before consuming this.

Some common side effects that occur when an individual consumes Danshen Root include itching, an upset stomach and reduced appetite.

Here is a summary for Danshen Root: