Food cravings are normal but it can lead to overeating if you're not careful. Thankfully, there are some tricks you can do to curb food cravings effectively. 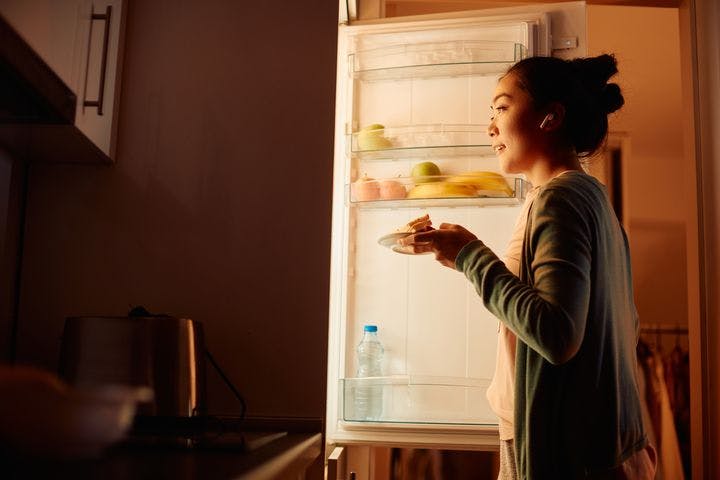 Almost everyone craves a certain kind of food every now and then. This is the simple reason why late-night snacks exist. Sure, food cravings are okay occasionally, especially if they help lift your mood or relieve stress. But, like most things, cravings can be dangerous when they get out of control.

Fortunately, there are some methods you can try to effectively curb your food cravings, which this article will unveil. But before we get to that, this article will first talk about what makes us crave foods and the harmful effects of this behaviour.

What are Food Cravings?

In short, food cravings are the desire to eat a particular type of food. Don’t get confused with hunger, as that can be satisfied with any kind of food.

Although the desired foods can be varied for different people, most often look for snacks to energise them or lift their mood. Chocolates, ice-cream, and potato chips top the list, followed by other high-calorie sweet and savoury foods.

Multiple studies have also found that some people crave fruits and — particularly in Japan — rice. Furthermore, research has revealed that these cravings usually occur late afternoon and evening.

The Causes of Food Cravings

There are different perspectives on the origin of food cravings. They are:

Cravings are thought to be associated with CPRs, which is your body’s way of gearing itself up for food. As your body prepares to optimise digestion, it will respond by increasing saliva production.

2. Activation of endorphins and reward-related areas in the brain

A study has discovered that eating releases endorphins, the hormones responsible for blocking pain and stimulating pleasure. This is why your body reacts positively to the rewarding properties of foods, which drive us to eat.

A study proved that thinking about food triggers cravings. It also concluded that higher craving intensity is more common in people who often crave for their favourite foods.

A study found that both positive and negative moods can cause cravings for different kinds of foods. Hungry people prefer savoury food, while full people will lean towards sweet food. However this effect is usually lost on people with a negative mood.

Likewise, TCM theorises that food cravings may relate to emotions. When we feel too many of the seven emotions—happiness, anger, worry, sadness, fear, alarm, longing— your organs will overreact, leading to stress- or angry-eating. TCM also believes that food cravers have other symptoms, like thirst, bad breath and constipation.

The Negative Effects of Food Cravings

Cravings are considered normal, but too much might lead to food bingeing. The problem is, that you might not realise it and might be overdoing it. In turn, you will be at risk for conditions related to obesity and diabetes.

How to Curb Food Cravings

As most of the suggestions think that your brain and emotions influence cravings, the methods to curb the appetite usually involve the two factors.

A 2006 study showed that cravings might diminish when the calories are restricted.

2. Staying away from food

In 2017, a study exhibited evidence that cravings are linked to the knowledge that the desired objects are obtainable. Therefore, your cravings should lessen when you know no food is available near you.

The finding of a 2016 study described that temptation can be controlled through distracting activities such as playing games.

Rooted in Buddhism, disidentification is a process of accepting and distancing yourself from your wants. A 2014 study proved that participants who created a mental distance between themselves and their cravings through disidentification training managed to control their appetite better.

Drugs or herbal medicines that improve digestion may help with stopping food cravings.

After a consultation, TCM physicians usually prescribe acupuncture to correct an imbalance in the body that causes cravings. TCM also believes that acupuncture can change your attitude towards foods.

Like going on a diet, reducing cravings isn’t as simple as it sounds. More than anything, you will need mental strength. Understanding the health risk of overeating is a good way to start and prepare yourself mentally. From there, you can slowly try to improve your perspective on foods through the method that works best for you and finally take control of your cravings.

This is an adaptation of an article, “Curbing Food Cravings”, which first appeared on Eu Yan Sang website.

Tips to Maintain the Health and Wellness of Ageing Men

There are various disorders that can jeopardise the health and wellness of ageing men. Natural remedies and healthy habits may help prevent or tackle disease onset and improve quality of life.

These 5 Natural Appetite Suppressants Can Be Found in Your Kitchen

Social gatherings and celebrations may keep you from staying healthy and motivated, but these natural appetite suppressants could change your eating habits.