5 Reasons Why Bird’s Nest Brings Out Your Natural Beauty

A traditional delicacy supported by modern science, bird’s nest can bring out your natural beauty in five ways. 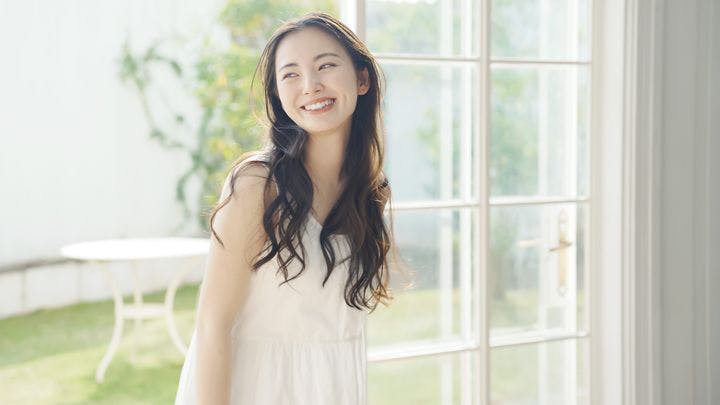 tells of a behind beloved imperial consort fabled natural beauty. One of the four great beauties of ancient China, she is said to have attained her appearance by consuming bird’s nest.

Since then, the tale of bird’s nest and its benefits have been passed down for generations. Stories about its ability to enhance natural beauty have also attracted women of modern times. But bird’s nest isn’t a mere story or myth; multiple studies have discovered that it indeed is effective and worthy of its price.

Read on to know how you can achieve natural beauty by adding bird’s nest to your diet!

A traditional delicacy supported by modern science, bird’s nest has been proven to provide many benefits.

These are the five ways it can bring out your natural beauty:

A wide variety of studies have been conducted to find out why bird’s nest has become a trusted go-to beauty food for centuries. The results have concluded that bird’s nest is composed of many natural nutrients that can enhance your appearance.

EGF is responsible for the production of keratinocytes and fibroblasts, the two types of cells are present in the skin. It will improve skin texture and sagging skin.

There is evidence that these key components of bird’s nest can boost the lungs, improve skin health and has anti-ageing properties. They also contribute to the antioxidant properties of bird’s nest.

A 2017 study in Malaysia has suggested that the glycoproteins in bird’s nest has the potential to possess prebiotic activities.

2. It brightens and smoothens complexion

The main minerals in bird’s nest function to improve skin condition. EGF stimulates keratinocytes and fibroblasts, which boost skin barrier and heals wounds respectively. Bird’s nest also consists of 18 of 20 most desired amino acids. Out of these 18, nine are essential ones are required by the body for tissue growth and reparation. Together, these compounds support cell regeneration that is important for a better and younger-looking skin.

Furthermore, the glycoproteins in bird’s nest are believed to be a prebiotic. A group of nutrients that feed the gut bacteria, prebiotics prevent bad bacteria from growing. Thus, the prebiotic ingredients in bird’s nest can help improving digestion and overall health.

4. It tonifies and qi

In relation to the role of bird’s nest in improving digestion, Traditional Chinese Medicine (TCM) also believes that it can increase appetite, especially in recovering patients. This is because bird’s nest can tonify the Spleen. The organ is considered to be important in TCM because qi (vital energy) is produced by the Spleen. It’s why TCM physicians usually recommend bird’s nest to those who want to tonify qi.

In TCM, the Spleen is the primary organ for digestion, which supplies qi and blood to the Heart and Lungs. If there is disharmony in the Spleen, you will find that your lips will be dry and pale.

Consuming bird’s nest helps with a Yin Deficiency and the flow of fluids in the body. Body fluids tend to stagnate if you have a Yin Deficiency and in turn, leads to Qi Deficiency. By tonifying yin, circulation and toxin elimination improve, leading to clearer, moisturised skin and enhancing your natural beauty.

In TCM, bird’s nest is known to nourish yin. Cooling Lungs and stomach, it can relieve symptoms of thirst, sore throat and a dry cough in the process. Traditionally, it’s been used to relieve chronic respiratory diseases such as tuberculosis, pneumonia, tracheitis, and bronchitis.

According to TCM, the Lungs also control the circulation of Qi and blood in your body to moisturise your skin, body, and hair. If the Lungs’ function is impaired, your skin complexion will be rough and dry. Bird’s nest is known to nourish Lungs, thus improving dry skin.

There’s so much more to beauty than just physical appearance, and bird’s nest can achieve that. Not only can it rejuvenate the skin, it can also protect the body and keep your organs healthy. Try bird’s nest to bring forth your natural beauty from within.

This is an adaptation of an article, “Get Your Essential Beauty On The Go”, which first appeared on the Eu Yan Sang website.

It's Taking the Pharmaceutical Industry by Storm, but Can Lianhua Qingwen Jiaonang Cure COVID-19?

How to do Facial Acupressure Massage for Health at Home

Getting a massage for health does not have to be complicated and expensive. You can easily do different facial acupressure massages at home with this step-by-step guide.