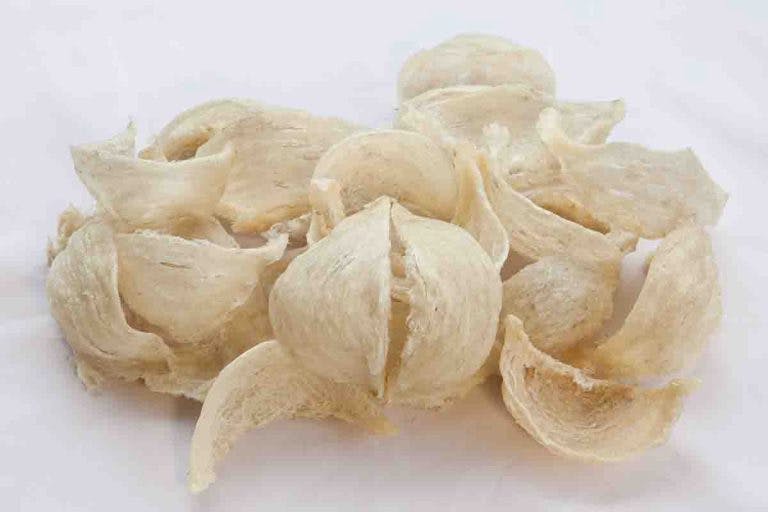 For centuries, edible bird’s nest has seen many changes. The 17th century classic Chinese Materia Medica, or the history of pharmacy, first recorded bird’s nest as a Traditional Chinese Medicine (TCM). During that time, grass and earth nests from varied species of swiftlets were used externally to treat skin ailments for royalty. Today, it’s being hailed as a therapeutic and highly nutritious dietary supplement, and now more accessible to anyone.

Despite its popularity, there are many myths and misconceptions about bird’s nest.

Read along as we break down the facts and debunk the myths below.

The Origin of Edible Bird’s Nest

Legend has it that when Chinese admiral and explorer Zheng He – also known as Cheng Ho – and his crew returned to China, he recorded a local delicacy known called edible bird’s nest and brought it back as a gift for the Ming Emperor. He also gifted the Emperor other ingredients later utilised in TCM because of their therapeutic effects.

Zhang Xie’s book Study of Eastern and Western Seas, also has more than ten entries about bird’s nest (yen wo, 燕窝). It describes sea swallows made it by consuming seaweed and regurgitating them. Found high in rock caves, these swallows can float on seawater and ride the waves.

And rather than the depths of an island, the nests come from caves and farms, mostly located in Vietnam, Malaysia, Thailand and Indonesia. The health properties however, remain the same.

What You Need to Know About Edible Bird’s Nest

It’s Made Out of Saliva, Sort of

While it’s true that swiftlets weave their nests with their saliva, a study has shown it’s not the entire truth. In fact, swiftlet saliva contains mostly water, and a small percentage of electrolytes, enzymes, essential minerals and mucus-forming proteins.

In January 2019, Professor Lee Soo Ying from the School of Physical & Mathematical Sciences and the Director of the Institute of Advanced Studies at NTU, Singapore, revealed the result of his research at an academic presentation. He revealed the nests are made from viscous mucus, which is part of swiftlet saliva.

It Has Healing Properties

Is bird’s nest good for you? It may not sound appealing but the viscous mucus that forms the nests contains glycoprotein and sialic acid. These can contribute to immunity. The mucus is also high in growth factors and has a neutral energetic property that promotes immunity. Together, these components give a bird’s nest its health benefits.

Moreover, thanks to the proteins and nutrients found inside, edible bird’s nest has long been a favourite of patients recovering from illnesses such as asthma, chronic coughs, and other respiratory-related health problems.

Edible Bird Nest is Not Just for Old People

Bird nest benefits includes its ability to get rid of phlegm and treat dry cough. It can also combat fatigue, increase appetite, improve digestion, and induce bowel movement, all symptoms typically experienced by the elderly. It’s no wonder some people think that this is only for the aged.

In reality, its proteins and minerals also work as a growth supplement for children. Furthermore, it has become more popular amongst millennials, particularly in China. In 2019, Chinese e-commerce site JD.com reported that 60% of the company’s sales of bird’s nest in 2019 came from consumers ages 16 to 35.

Its Benefits for Beauty and Men’s Vitality

Is bird’s nest good for health? Good health is not the only perk of bird’s nest consumption. Another bird nest benefit is that it’s filled with epidermal growth factor (EGF) that repairs tissue, rejuvenates skin, and is used as a “beauty food.” What’s more, the nest also can boost men’s sexual performance.

In TCM, physicians may prescribe bird’s nest to help manage cold and flu. Overall, it can help prevent lung disease, and improve Kidney and Spleen function.

How to Eat it

To allow your body to fully absorb all its goodness, it is best to consume bird’s nest before meals.

Remember to be extra cautious when consuming the nest for the very first time, as it can cause allergic reactions in some rare cases.

Some people claim that it tastes bland, but this only applies to lower quality options. Premium bird’s nest has a flavour similar to egg whites.

It Takes Forever to Prepare

This is the truth. We suggest purchasing high-quality bird’s nest products to save up a lot of your time.

The Red Colour is Not Blood

Some people believe that farmers harm the swiftlets during the harvesting process and that their blood has caused the nest to turn red. This is wrong because farmers harvest abandoned nests. The redness in a red bird’s nest does not come from blood but oxidation or minerals from the environment causes it.

In fact, the vapour from bird soil contains reactive nitrogen species like nitrous acid. It is produced naturally through the bacterial decomposition of the soil. After this, nitrous acid reacts with tyrosine — a type of non-essential amino acid — in the mucin glycoprotein of edible bird’s nest and cause the change from white to red.

You can now conveniently find bird’s nest in many shapes and forms, from a ready-to-consume tonic to refreshing drinks and even as mooncakes. It is also available as beauty products such as facial masks and soaps.

It seems that everyone, men and women, young and old, can benefit from edible bird’s nest. With various ways to enjoy it, you owe it to yourself to give this a try.

This is an adaptation of an article, “7 Things to Know About Bird’s Nest”, which first appeared on Eu Yan Sang website.

5 Reasons Why Bird’s Nest Brings Out Your Natural Beauty

A traditional delicacy supported by modern science, bird’s nest can bring out your natural beauty in five ways.

Yin and yang imbalance in your body can cause dry, itchy skin. Find out some natural remedies to help skin eczema treatment in this article.

The Truth Behind Weight Loss Products

Not all weight loss products are good. There are some things you should be aware of before taking diet pills or using sculpting creams.