5 Health Benefits of Yoga You May Not Know

More than a relaxing exercise, yoga is a way to achieve a healthy mind, body and soul. Discover the five health benefits of yoga here. 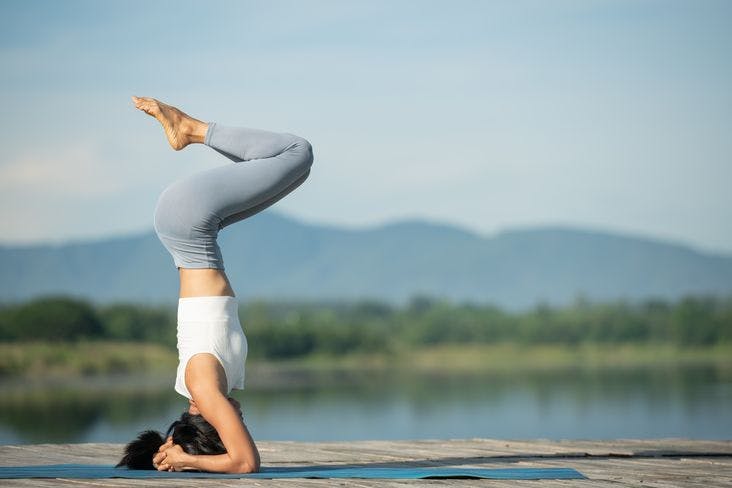 I the zen that many people practice yoga. Even though it has been popular for years now, the never-ending list of health benefits yoga provides is still being discovered today. A 2012 survey in Australia found that most of its respondents only started doing yoga for muscle tone and flexibility before that the practice has other positive effects on their overall health.

So, what are the health benefits of yoga? Let’s find out below!

Yoga: What It Truly Means

Rooted in Hindu philosophy, the term “yoga” is derived from the Sanskrit word “yuj“, meaning “to unite.” In short, yoga means the union of body, mind and soul.

Yoga originated centuries ago. As more studios, classes and institutions dedicated to yoga are open worldwide, it’s obvious that the practice has evolved in many ways. You may be familiar with modern-day yoga styles, such as hot yoga and vinyasa. Despite the differences, all types of yoga are based on the same principles — asanas (postures), prana (breath) and meditation.

Beyond the three principles, yoga also involves other non-physical aspects, like performing deeds to cultivate karma. Only when every aspect of yoga is properly can one achieve the perfect union of body, mind and soul.

The unification of body, mind and soul can only happen when each of the three elements is healthy.

The health benefits of yoga include:

A 2012 Australian survey on yoga practitioners showed that a majority of people use it to manage their stress and anxiety. Indeed, since yoga n’t strenuous on the body, it’s considered a relaxing exercise.

Another 2015 study conducted by researchers at McGill University in Montreal, Canada, proved that there’s a scientific reason why yoga can relieve stress. The study found that yoga can protect the brain’s volume of grey matter from the effects of ageing. While the brain normally shrinks with age, middle-aged yoga practitioners have shown to have similar brain volumes to younger people.

The neuroprotective properties of yoga occur mostly in the left hemisphere of the brain, which is associated with positive emotions like joy and happiness. This explains why yoga can reduce stress.

Yoga is believed to help eliminate menstrual pain. Several studies have investigated this claim and managed to discover the mechanisms behind this. A trial in India found that yoga postures can help with controlling hormonal imbalances, which cause menstrual pain.

Moreover, evidence shows that slower abdominal breathing in yoga induces an increase in alpha wave production in the brain. Alpha brain waves are connected to the sense of peace, mood elevation and serotonin release, all of which cause a person to feel more relaxed. One report suggests that yoga’s positive psychological effects can encourage women to be aware of mental and physical states, thus making them more willing to acknowledge and therefore, manage pain.

Yoga postures require stretching different parts of the body. The twisting and unfolding during yoga stimulate blood flow, the organs and the glands, while lubricating the joints, muscles and ligaments. As a result, when it’s regularly, it can help improve flexibility, balance and strength. This is why yoga can be beneficial for expectant women who are prone to body aches.

Some pregnancies also come with psychological distress. Yoga’s function as a stress reliever plays a huge role in maintaining the mental health of mothers-to-be. A 2019 study conducted on expectant participants from The Royal Women’s Hospital (RWH) in Melbourne revealed that doing prenatal yoga didn’t just provide relaxation to the women, but also prepared them for and parental bonding through social connections with other participants.

Exercising the muscles and joints prevents arthritis, osteoporosis and chronic pain, which is one of many health benefits of yoga. Additionally, numerous studies have shown that the yoga poses, when combined with meditation, can ease the effects of Carpal Tunnel Syndrome and other chronic conditions.

By stimulating the blood circulation, yoga can decrease the chance of cardiovascular diseases such as heart attack and stroke.

As yoga improves a person’s physical health, it reduces fatigue at the same time. This proves to be especially beneficial for cancer patients. Furthermore, research on people with cancer suggests that yoga can help with tackling chemotherapy-induced nausea and vomiting.

Yoga as a low-impact exercise

The benefits of yoga are varied and all-encompassing. For women, it can relieve menstrual pain and ensure a smoother pregnancy experience. For the emotionally distressed, it can treat insomnia and promote mental health. It can also protect everyone against various conditions like a heart attack. Though it’s considered a light exercise, yoga has big, impactful benefits on the body and overall health.

In TCM, it’s important to regulate qi flow with a low-impact exercise like yoga. Excessive exercises that overexert the body are not recommended. Physician Chu explains that they might harm yang energy, leading to cardiovascular diseases or even sudden death. For a better result, it’s advised to consume herbal supplements such as spirulina, which replenishand the blood after yoga.

This is an adaptation of an article, Healing Moves, which first appeared in Natura magazine.

Getting to Know Hawthorn Berry and Its Amazing Health Benefits