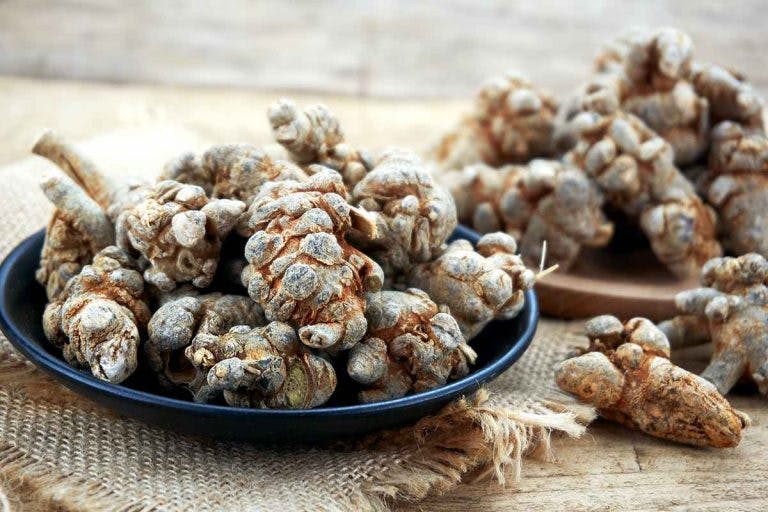 Being physically healthy is undoubtedly a privilege and a blessing since many people would go the extra mile and pay expensive medical treatments to reach such a state. Worry not. There are still many alternative ways to maintain your health and prevent certain types of illnesses. Panax notoginseng could be the one solution for that.

This Chinese herb is known as San Qi (Three Seven) – this name is given to the notoginseng plant because it has three leaf stalks with seven leaflets each. Notoginseng should be harvested between three to seven years after planting.

The Chinese have used notoginseng for thousands of years to control internal and external bleeding. In recent times, this traditional remedy has become increasingly popular as an alternative treatment for cardiovascular diseases (CVDs).

One of the many panax notoginseng benefits is that it can be as effective as nitroglycerin in treating coronary artery disease (CAD). Typically, a Traditional Chinese Medicine (TCM) practitioner would prescribe notoginseng as an alternative treatment when a person cannot tolerate the side effects of nitroglycerin, a drug commonly used in the treatment of angina symptoms.

These side effects of nitroglycerin use include dizziness, headaches, and a rapid heart rate. Alternatively, a TCM practitioner would also prescribe notoginseng to people who have nitrate resistance.

In fact, an analysis of several clinical trials discovered that people with brain bleeds exhibited better outcomes after treatment with notoginseng as compared to those who received current treatment.

You can also use notoginseng to relieve all types of physical pain due to blood stagnation. For instance, it is used to make herbal plasters for back pain relief.

It is worth noting that the ingestion of notoginseng works better and faster as compared to external application. This TCM herb can help alleviate physical pain by clearing blood clots, increasing blood circulation, and reducing inflammation and swelling.

Promotes the Healing of Wounds and Cuts

For instance, the “Golden Mirror of Medicine” states that notoginseng consumption effectively removes dead organ cells (necrotic tissue) and encourages the formation of new tissue at a wound area. “Records of Traditional Chinese and Western Medicine in Combination” notes down its usage in the treatment of various bleeds, whereas “A Supplement to the Compendium of Materia Medica” has the herb’s usage recorded in the treatment of traumatic haemorrhage.

Consuming the grounded powder of raw or steamed notoginseng, sliced notoginseng, or capsules, extracts and a soup made with the herb can help to nourish your blood and increase vitality.

A polycystic ovarian syndrome is a common reproductive disorder and affects 5% to 10% of women of reproductive age. In this regard, numerous TCM ingredients can help to tonify the Kidneys and promote healthy ovulation. These include Fleeceflower root (何首乌), goji berries (gou qi, 枸杞) and wild yam (shan yao, 山药).

Panax notoginseng is effective in treating various health disorders. Do consult a TCM physician or doctor before consuming notoginseng. A TCM physician is the most qualified person to determine if this herb is suitable for you – however, you shouldn’t treat it as a substitute for medical treatment. Be sure to consume notoginseng 2 hours before or after taking prescribed medications to avoid a drug interaction. If you’re pregnant, suffering from mouth sores or currently consuming blood-thinning medicines, you should avoid taking this herb altogether.

Essence of Chicken: Why this Traditional Medicine is More Than Just a Myth

The essence of chicken is a familiar staple in Asian households, but what is it, really? Find out what's inside it and why it's good for your health here.

Safflower oil is rich in compounds that promote great health. Discover the top 6 health benefits that you can enjoy.