Everything You Need to Know about PCOS: Symptoms, Causes and More 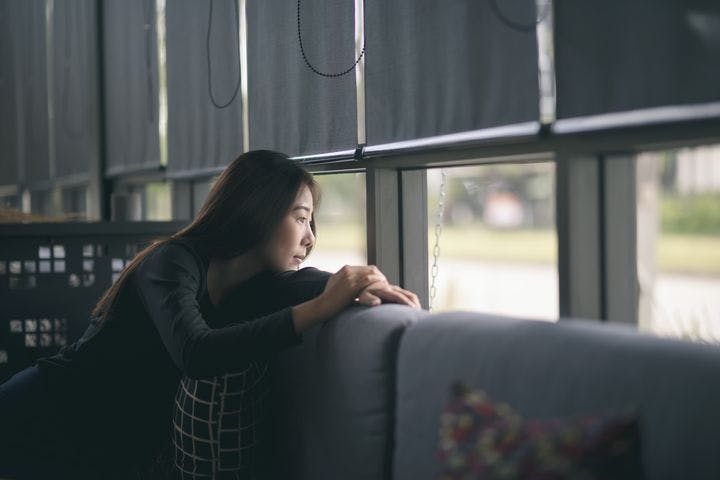 Some women experience irregular periods throughout their lives and think it’s completely normal. But if you delve a little deeper, you might find out that it’s one of the signs of Polycystic Ovary Syndrome (PCOS). A 2019 study run by Universiti Putra Malaysia on their female staff found that 12.6% of them had PCOS symptoms.

What is this condition, and why is it under diagnosed? Learn to identify PCOS symptoms, causes, some prevention methods and possible remedies here.

PCOS is a common condition that affects how a woman’s ovaries work. When a woman has PCOS, the ovaries become enlarged with many harmless fluid-filled sacs or follicles surrounding the eggs. These follicles are underdeveloped and can grow up to 8 millimetres in size. Because of this problem, the sacs are often unable to release an egg, hindering ovulation.

Until now, the exact cause of PCOS is still unknown, but it has been known to be hereditary and is linked to insulin.

Abnormal insulin levels and insulin resistance can increase the amount of testosterone (androgen) in women, leading to PCOS symptoms. Higher hormones during pregnancy can also cause the condition.

PCOS can run in the family. If you have a close family member with the condition, you have about a 50% chance of getting PCOS too.

It has been discovered that women from certain ethnic backgrounds have a higher risk of developing PCOS. This finding further suggests that PCOS has a genetic link. The ethnicities at a higher risk are those who are Asian, Aboriginal, Torres Strait Islander, North African and Caucasian European.

PCOS symptoms may vary from one person to another. Some women might not show any signs at all.

PCOS symptoms to look out for include:

Doctors sometimes take a while before they can identify if you have PCOS, especially since some of its symptoms are similar to other conditions.

If you experience unpredictable periods and display other PCOS symptoms regularly, you should see a healthcare practitioner for a blood test and an ultrasound. A blood test will let you know if you have higher levels of androgens, while an ultrasound will show whether there are partly developed eggs in your ovaries.

More recently, experts have been trying to improve awareness of the condition. For example, in 2020, researchers at the Australia-based Monash Centre for Health Research and Implementation released an app to provide information and resources about PCOS. The app is completed with a range of features such as a quiz where women who think they have PCOS can try to self-diagnose.

There is no cure for PCOS, but the symptoms can be managed. Treatments to help with PCOS symptoms include:

Medications to control hormones or periods

Oral contraceptives can be prescribed to reduce the production of androgens and the stimulation of oestrogen on the lining of the uterus. Women with PCOS who plan to get pregnant could take ovulation-stimulating drugs. Insulin sensitisers can regulate the liver’s production of glucose, reduce insulin secretion, inhibit androgen secretion and improve ovulation.

A minimally invasive procedure called laparoscopic ovarian drilling, where heat or laser is used to destroy the tissue in the ovaries that produce androgen, may be recommended if medication doesn’t work. Ovarian drilling breaks through the ovaries’ thick outer surface and lowers the amount of testosterone produced. Doing this can help the ovaries release an egg monthly and allow you to regain regular monthly menstrual cycles. It could also make it easier for you to get pregnant.

A 2018 study run by researchers in Taiwan detailed the commonly prescribed herbal formulas by TCM physicians for their patients with PCOS. Jia Wei Xiao Yao San (加味消遥散) is used for women with mood disorders and anxiety. The formula can increase levels of tumour necrosis factor, which can affect one’s mood and emotions.

Remember to consult with a qualified TCM practitioner prior to taking any of the above herbal formulas.

Without treatment, PCOS symptoms may worsen and cause complications, for example:

Since the condition is linked to insulin resistance, one way to prevent PCOS is to be more insulin sensitive. The following habits can help:

The dangers of PCOS symptoms lie in ignorance. Familiarising yourself with the condition is one way to manage symptoms early and prevent it from worsening.

This is an adaptation of an article, “女性宿敌–多囊性卵巢症候群”, which first appeared on the Health123 website.

QUIZ: Do You Have Crohn’s Disease? A Guide to Spotting Symptoms

Crohn’s disease and ulcerative colitis have several similar symptoms. Learning how to manage your specific condition will enable you to live a normal life.

Early diagnosis of breast cancer symptoms significantly improves the prognosis. In this article, learn more about the screening tests you can undertake and natural remedies to support breast cancer treatments.

4 Ways to Alleviate the Symptoms of Premenstrual Syndrome

Are symptoms of premenstrual syndrome affecting your everyday? Relieve yourself with these home remedies.

Different people can present with distinct asthma attack symptoms. Learning how to manage your specific disease type will help you live worry-free.

How to Prepare Before, During and After LASIK Eye Surgery

LASIK eye surgery is a long-term option for repairing vision focus. Taking the right steps before, during and after the procedure will ensure proper healing.