5 Herbal Remedies for the Effective Management of Asthma Symptoms

Susceptibility to certain triggers can put you at risk of this lung disorder. Learn herbal remedies that can help you ease asthma symptoms. 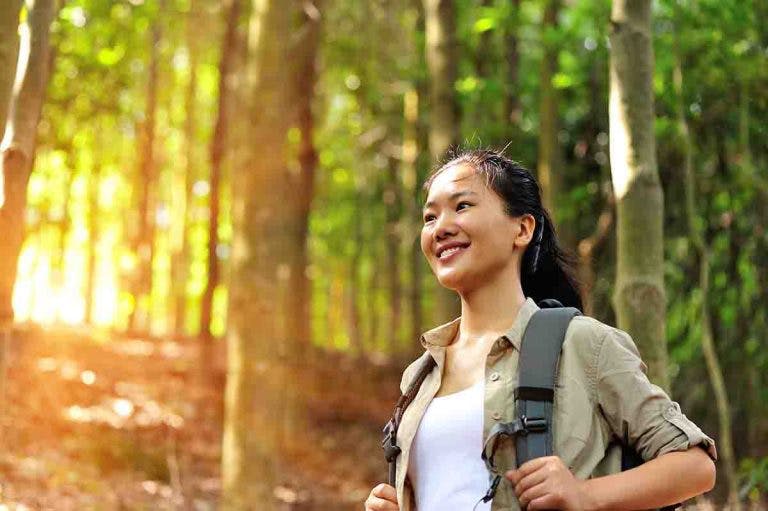 Asthma is a chronic respiratory disorder characterised by airway inflammation, narrowing and obstruction to airflow, and increased sensitivity to allergens. It can also make you susceptible to blood vessel disorders. Asthma symptoms can vary over time and in intensity.

These symptoms include coughing, wheezing, breathlessness, and tightness in the chest. It’s important to note that asthma is not a treatable disease but you can manage it by controlling its symptoms and the risk of future disease complications.

On the contrary, poorly treated asthma can put you at risk of cardiovascular diseases or a stroke.

What are Common Asthma Triggers?

An asthma attack occurs when you are exposed to specific triggers, which are different for every person. From the perspective of Traditional Chinese Medicine (TCM), the primary cause of asthma attacks is phlegm.

“The blockage of qi pathways due to phlegm prevents lung qi from descending, causing breathlessness. Prolonged asthma is usually associated with kidney deficiencies. During an asthma attack, the emphasis would be to remove the phlegm,” explains TCM practitioner, physician Lim Sock Ling. It is recommended that you identify your asthma triggers and stay away from them to avoid symptoms.

Here are some of the common asthma triggers you should know:

Viral respiratory tract infections significantly affect the severity of the disease for people who have or are at high risk for asthma. They can worsen the effects of asthma by increasing airway sensitivity and triggering inflammation or infection of the airways. A more severe form of asthma can lead to breathing difficulties and a long-term loss of lung function.

Exposure to allergens can have an impact on asthma morbidity. Dander from household pets such as cats or dogs is associated with severe asthma in children. Exposure to protein particles shed by cockroaches or mouse dander can put you at risk of developing allergic asthma. Avoid using dust-collecting rugs in your home and ensure you keep the house well-ventilated and dust-free.

Outdoor exposure to pollen can induce an asthma attack or worsen symptoms in people who are sensitive to pollen-producing plants. Other outdoor allergens include spores from fungi like Alternaria and are prevalent in dry, warm climates. They are commonly found in soil, seeds, and plants. Avoid areas with pollen producing plants, especially in the mornings and late evenings. If you must go out, wear a pollen-filtering mask.

Cigarette smoking relates to more severe symptoms and rapid worsening of lung functions. This attributes to the inflammatory effects of tobacco smoking. In addition, smoking may also impair the therapeutic effects of corticosteroids – steroid hormones that help to reduce inflammation in the body. Remember, to be affected by tobacco smoke, and you need not smoke it yourself – second-hand smoke is equally dangerous.

Chilled or cooling foods and beverages

Foods or beverages that are cold or generally cooling in nature can compromise the spleen and digestive system. As a result, these reactions can lead to phlegm accumulation and consequently, impair qi circulation in the lungs.

External cold, heat or wind can disrupt lung qi circulation, and cause a phlegm build-up. Seasonal weather changes that are accompanied by a rapid drop in temperature can also trigger asthma attacks due to an undermined circulation of lung qi.

5 Herbal Remedies to Help Your Asthma Attacks in Check

During the implementation of the World Health Organization (WHO) Traditional Medicine Strategy 2014-2023, it observed countries like China, India and Vietnam are working towards an integration of traditional and complementary medicines (T&CM) into national health systems. In the same way, Malaysia has also integrated T&CM practices in public healthcare centres across the country.

Ginkgo Biloba is a TCM herb neutral in nature. It restrains lung qi, thus relieving asthmatic coughs. It’s worth noting that the maximum dosage varies for different people. For instance, children below the age of 10 should not consume more than 7 pieces of ginkgo daily. An overdose can cause poisoning, which may cause symptoms like stomach aches, lethargy, vomiting, seizures, or loss of consciousness. Parents should consider administering paediatric tuina – an ancient massage technique that originated in China – to support phlegm removal, regulate lung qi (vital energy), and strengthen the different organ systems.

Schisandra fruit is a warm-natured food you can use to relieve breathlessness by restraining lung qi. However, people with warm syndromes should abstain from this fruit. However, the consumption of schisandra fruit can trigger allergic reactions and gastrointestinal problems like stomach aches, heartburn and a reduced appetite. Pregnant women should refrain from consuming schisandra fruit as it can cause uterus contractions.

Breastfeeding mothers should avoid this fruit as there isn’t enough evidence to prove that it is safe for mother and baby. Similarly, people with epilepsy, peptic ulcers, heartburn, and high brain (intracranial) pressure should abstain from eating this fruit. It can help stimulate the secretion of acids in the stomach and excite the brain.

Turmeric also exhibits the ability to reduce bronchial inflammation in people with asthma. This ability attributes to curcumin, a compound of turmeric that can block the release of inflammatory chemicals in white blood cells.

Curcumin also demonstrates an ability to inhibit the production of cytokines — a group of signalling molecules that mediate and regulate immunity — which suggests the ability to keep other allergy-related diseases under control.

This herb mixture has a therapeutic effect on inflammation and bronchial constriction, the two main pathogenic mechanisms of asthma. It also increases the secretion of immunity-enhancing chemicals in the body and improves immune function.

When recuperating from asthma, treatment focuses on improving immunity by strengthening the spleen, kidneys, and lungs. Physician Lim says, “At this juncture, Cordyceps would usually be helpful as it benefits both the lungs and kidneys. Individuals who are allergic to fungi must be cautious when consuming Cordyceps. When an individual is suffering from flu symptoms or has a fever, he or she should not consume tonifying herbs like Cordyceps. It is often used in soups by double-boiling. Alternatively, the powdered form can also be encapsulated for consumption.”

At the same time, you can consume ingredients like Bai Zhu (white atractylodes rhizome), Chinese yam, longan and red dates to improve spleen function and reduce the production of phlegm. People with hormone-sensitive conditions such as breast cancer, ovarian or uterine cancer, as well as endometriosis or uterine fibroids should consume Chinese yam cautiously, as it contains chemicals that will increase the level of oestrogen in the body.

The bronchial relaxation effects of black cumin are comparable to theophylline — a drug used to treat respiratory diseases like asthma. It also improves airflow in the trachea and shows effective anti-inflammatory activity by reducing secretions of inflammatory chemicals that cause airway obstruction.

The Ayurvedic system of medicine use this herbaceous shrub to treat respiratory illnesses such as cough, cold, and asthma. It contains several components that have demonstrated several medicinal properties.

These include vasicine, which has antioxidant, anti-inflammatory, and bronchodilator qualities. Alternatively, you may also choose to drink a herbal tea to reduce excess heat in the body, nourish the lungs and relieve the symptoms of asthma.

Traditional medicine has become increasingly popular in the management of chronic respiratory disorders like asthma. Consult with your healthcare provider if you wish to incorporate herbal remedies to do away with asthma symptoms

Why You Need Fish Collagen to Boost Your Health​

Fish collagen can be the new addition to your daily supplements. Learn more about its benefits for your overall health and well-being.

Why Enzyme Drinks Could Help Boost Your Health and Wellness

Enzyme drinks boast plenty of health benefits. Let's discuss why they are an easy, delicious health booster and learn how to make your own at home.