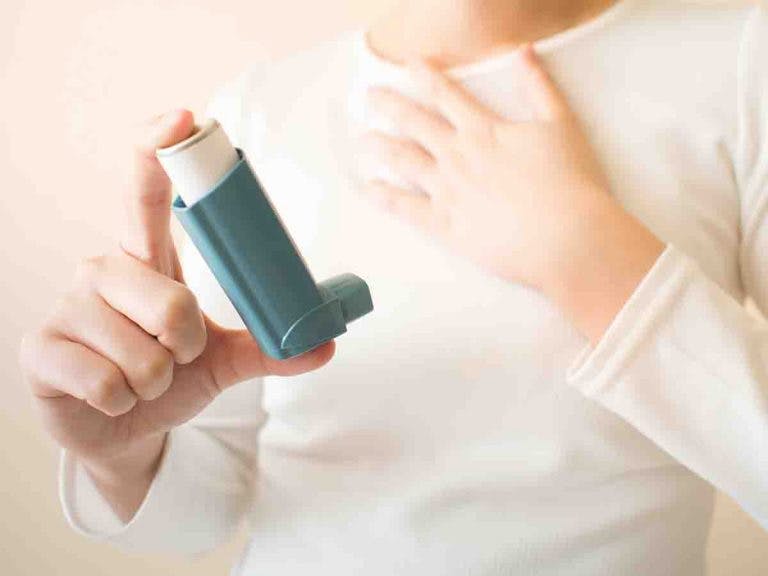 Breathing. We don’t think much about it because it is a natural process. But for people with asthma, the simple act of inhaling and exhaling can be a tremendous feat. What is asthma? Cambridge Dictionary describes it as “a medical condition that makes breathing difficult by causing the air passages to become narrow or blocked.” Medical books offer the same explanation but expand it with more technical terms about air obstruction in the lungs.

Regardless of how we describe it, one of the key characteristics of asthma is “difficulty in breathing,” even if it occurs in varying degrees, from a slightly uncomfortable wheeze to a life-threatening asthma attack.

Here is a list of questions and answers to help you understand and manage lung disease better:

Asthma is a chronic and long-term lung condition that affects the airways. This disease causes coughing, difficulty in breathing and wheezing because of swelling (inflammation), narrowing and mucus accumulation in the airways.

Traditional Chinese Medicine (TCM) uses the term Xiao-Chuan to describe asthma. Xiao is wheezing, Chuan is breathlessness, and they often go together. In a healthy state, the inhaled qi (energy) by the lungs move downward with coordination from the kidneys to hold it down. The mutual regulation by the lungs and kidneys facilitates normal respiration. Asthma occurs when there is lung qi deficiency or kidney deficiency due to obstruction from phlegm (spleen deficiency) or wind.

2. How Common is This Disease?

Asthma is a prevalent disease in Malaysia. According to the Asthma Malaysia Organization, this illness affects almost a quarter of all children in Malaysia and up to 15% of adults. In a 2014 data report, World Health Organization (WHO) stated that asthma deaths in Malaysia had reached 1,642 or 1.29% of total deaths.

3. What Causes and Triggers Asthma?

There is often no single, direct cause of asthma. This chronic airway disease comes from an interplay of genetic causes and environmental triggers:

In TCM, there are 6 categories of external pathogens – wind, heat, damp, fire, dryness and cold. This disease arises from two combinations of pathogens: wind-cold and wind-heat, which are also responsible for two other common respiratory ailments, the common cold, and the flu. Other potential causes from a TCM perspective include an imbalanced diet and a deficiency of vital qi in the lungs, spleen, or kidneys.

Asthma presents symptoms with varying severity, intensity, and frequency. The common signs are:

There are also different patterns of symptoms:

TCM highlights five types of asthma: cold-type, heat-type, heat enveloped by cold, wind-phlegm, and deficient-type. Each of these has its own symptoms and treatment plan.

5. Why Do Asthma Attacks Often Occur at Night or Early in the Morning?

This might be due to higher inhalation of house dust mites (from the bed and pillows), gravity pressing on the chest when lying down (putting extra pressure on the lungs), or lower natural steroid hormones at night, causing swelling and narrowing of the airways.

6. What Can I Expect in a Diagnosis?

A doctor usually diagnoses asthma by getting a good clinical history and examination. Additionally, they may also perform a lung function test.

In a TCM consultation, the physician will first identify the type of asthma afflicting the patient and the individual’s body constitution to determine a proper treatment protocol.

7. What is the Treatment?

Treatment of this condition aims to control the symptoms (shortness of breath, wheezing and coughing) and reduce the risk of permanent damage to the airways. Medical treatments include:

8. Is Oral Medication Better Than Inhalers?

Oral medications produce more side effects than inhalers. As the dose of medication in an inhaler is very minimal compared to oral ones, long term use of inhalers is safer.

No, individuals with asthma will not be dependent on the medications. Using an increasing amount of the medications is usually due to poor control of the disease.

10. What is Good Control of Asthma?

When an individual shows no symptoms on most days and doesn’t require a rescue or emergency inhaler four or more times a week, sleeps well, doesn’t miss school or work, and is able to exercise without coughing or wheezing, it is a sign of good control of this condition.

There is no scientific evidence of food contributing to asthma symptoms. However, TCM recommends avoiding excessive sweet and fatty food.

Yes, if they have good control of asthma. Many athletes, especially swimmers, had this disease when they were young yet still excelled in sports.

13. Can Alternative Therapy Like Traditional Medications and Homeopathy Be Helpful?

While there has been insufficient scientific research to support the use of alternative medications in this disease, studies investigating TCM herbs and formulas for their anti-allergic effects are now increasing.

According to a study in “Traditional Chinese herbal remedies for Asthma and Food Allergy” by Xiu-Min Li, MD, controlled clinical trials with anti-asthma TCM formulas highlighted the potential of TCM formulas to be efficacious and safe alternatives or complements to standard western therapy for this illness. The study also pointed out potential herbal remedies that are effective in treating allergic asthma and food allergy.

There is no known cure for this lung condition, but there are ways to control it with the right management strategy. In TCM, managing the symptoms focuses on strengthening the body’s natural resistance to triggers, alleviating the symptoms, and improving general well-being.

TCM remedies can support medical treatments for asthma. A study in The Journal of Alternative and Complementary Medicine notes that for patients with allergic asthma, “ additional acupuncture treatment to routine care was associated with increased disease-specific and health-related quality of life compared to treatment with routine care alone.”

You can also consider taking natural food products to relieve symptoms like coughing and phlegm to complement a healthy diet.

15. Is It True That Children Can Outgrow Asthma?

According to the Asthma and Allergy Foundation of America, approximately 50% of children with this condition outgrow it after adolescence. However, the symptoms may return later in life. Some may not completely grow out of it, but symptoms will decrease significantly. Currently, there isn’t a definite way to predict if childhood asthma symptoms will or won’t disappear.

If you still have questions about what is asthma and how to manage it, consult a doctor to get a proper diagnosis and treatment plan. This way, you can find the best course of action to manage this condition that will lead to a wholesome life.

This is an adaptation of an article, “哮喘是什么？”, which first appeared on Health 123 website.

The Bittersweet Effects of Refined Sugar on Children’s Health

Refined sugars are famously known to cause various negative health effects. Interestingly, it has also been found to affect the emotions and behaviours of children.

5 Common Skin Conditions: How to Prevent and Treat Them

As the protector of our body, our skin comes in contact with infections daily. There are numerous skin conditions, but these are the most common ones.

Quiz: Are You at Risk of Heart Disease?

Find out if you are at risk of heart disease and steps you can take to avoid being susceptible.

Menstrual cramps are nearly every woman’s monthly ordeal. The good news is while they are not entirely unavoidable, there are ways to ease them naturally.

5 Ways to Slow the Progression of Diabetic Retinopathy

Diabetic retinopathy is a complication of raised blood sugar levels. If left untreated, it can lead to permanent vision loss.

How to Prevent and Treat Dengue Symptoms

Dengue fever is especially prevalent in Malaysia. Here are the symptoms to watch out for and ways to prevent and treat dengue fever with Western medicine and TCM treatments.