Essence of Chicken: Why this Traditional Medicine is More Than Just a Myth

The essence of chicken is a familiar staple in Asian households, but what is it, really? Find out what's inside it and why it's good for your health here. 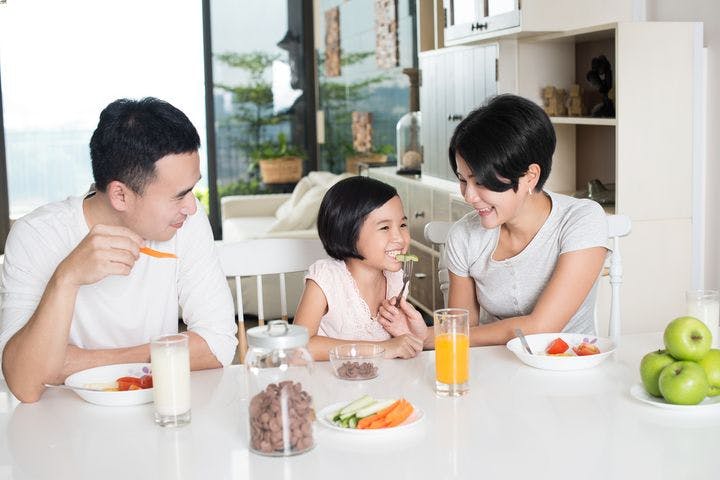 who lives in Southeast Asia must have heard of or tried essence of chicken. For school children, it is a must before taking exams at school or a common sight on TV and in magazines. Many families purchase chicken essence for elderly people as gifts too.

But do you know what essence of chicken is? What are its ingredients and what makes it so valuable? In this article, we’ll discuss essence of chicken, its nutritional values, and ways it can benefit your overall health.

What is the Essence of Chicken?

Essence of chicken is an advanced version of chicken broth. It has gone through a complicated process involving high-temperature extraction, centrifugation, vacuum concentration and sterilisation.

According to Traditional Chinese medicine (TCM), chicken is thought to warm thepleen and Stomach.; It can also nourish qi and blood, and tonify the Kidneys. It is traditionally known to heal fatigue, weakness, improve appetite, diarrhoea and increase breastmilk supply.

The health properties of chicken have been lauded for more than 100 years. In China’s Ming Dynasty, black chicken was the main ingredient in wu ji bai feng pills (烏雞白鳳丸). TCM believes the pills help nourish the blood, promote fluid production, calm the mind and

Over time, essence of chicken became more practical to suit modern lifestyles. It has become a product known and loved, especially by people in Southeast Asia.

Several studies on essence of chicken have discovered that it contains valuable nutrients such as proteins, vitamins, minerals, trace elements, amino acids and many more.

However, the two most important substances are anserine and carnosine. Both compounds are rich in antioxidants, giving the essence of chicken its value.

For generations, essence of chicken has been hailed for its numerous health benefits. Studies have discovered that it consists of a long list of nutrients. It is why chicken essence for elderly people is especially popular.

There are some benefits of the essence of chicken.

A 2014 study revealed that it help decrease physical fatigue- and injury-related biomarkers. At the same time, it can increase tissue glycogen content — an essential energy source.

Have you ever had difficulty concentrating and solving problems? Are you feeling anxious, easily irritated, or confused? Losing sleep and your interest in everything you like? You’re probably suffering from mental fatigue. A 2013 study conducted a test on 20 men and concluded that a daily intake of it is effective to recover the effects of mental fatigue.

On another note, pure chicken essence is suitable for children, pregnant women and postpartum mothers and beyond.

The Essence of Chicken in TCM

With over a century of history in TCM, physicians use this to improve the Spleen and Stomach’s digestive function, since the texture is easily absorbed. TCM also thinks that the essence of chicken can improve qi (vital energy) and blood circulation.

Additionally, physicians usually combine this with other Chinese herbs to enhance its medicinal properties. Some of those herbs and their health benefits are:

Essence of chicken with dang gui and shou wu

In TCM, physicians usually prescribe Chinese angelica (dang gui, 当归) for women to manage period pain and regulate menstruation. Studies have found that the herb does this through its ability to control uterine contractions.

Polygonum multiflorum or fleeceflower root (shou wu, 首乌) is known for promoting hair growth by activating dermal papilla cells (DPCs), according to a 2020 study. Among the cells in hair follicles, DPCs are the ones that play a crucial role in hair growth.

Benefits: Nourishes qi and blood, tonifies the Liver and Kidney.

In TCM’s opinion, Rehmannia glutinosa (shu di, 熟地) tonifies blood, as according to Another 2019 study investigating TCM formulas’ effects on menopausal hot flushes. It found that shou di the symptoms and the peripheral blood flow.

Benefits: Restores the Spleen and Stomach’s function for better absorption.

Suitable for: Children and adults with poor appetite.

Chinese yam (huai shan,淮山) contains amylase, an enzyme that helps digest food. This is why consuming it can enhance the absorption of the Spleen and Stomach.

Findings from a 2011 study suggest that ginkgo biloba improves the working memory of the elderly.

The benefits of essence of chicken is far from a myth. In fact, science has provided many reasons why it’s part of a tradition that is passed down for more than 100 years. From a Ming Dynasty-era medicine to the product we see today, essence of chicken has grown and adapted perfectly to meet the needs of modern people.

5 Herbal Remedies for the Effective Management of Asthma Symptoms

Susceptibility to certain triggers can put you at risk of this lung disorder. Learn herbal remedies that can help you ease asthma symptoms.