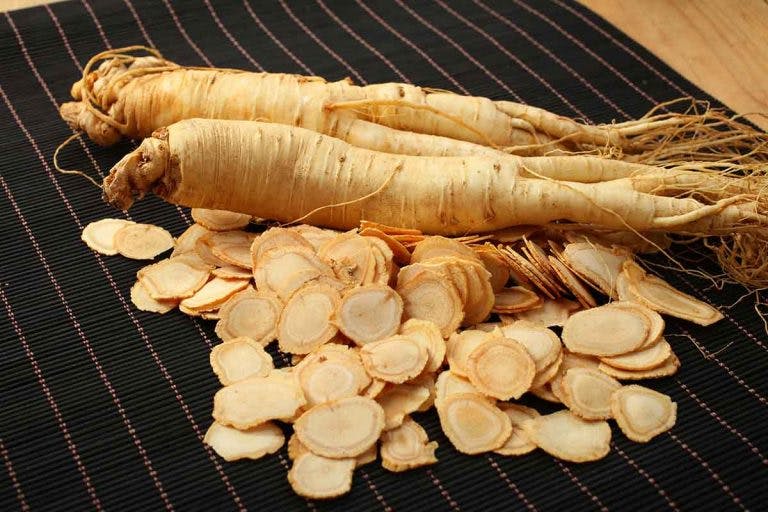 Ginseng is a powerful herb that has been widely consumed worldwide for centuries, especially in Asia-Pacific countries, thanks to its superb benefits for one’s health. There are many different species of ginseng across the world, but one of the most used is American ginseng.

The discovery of American ginseng (which bears a close resemblance to Asian ginseng) by a Jesuit priest named Joseph Lafitau sparked a lucrative trade between North America and China. It spanned more than three centuries. Commonly known as American ginseng (Panax quinquefolius), many Native American tribes used this medicinal herb to treat various health disorders and to boost sexual performance.

This herb typically grows wild in shady and hilly forests of eastern United States (U.S.) and south-eastern Canada. However, this herb has become a threatened species in certain parts of the U.S. due to overexploitation. Today, most of the root found commercially is cultivated and available in various forms. Here are five benefits of using American ginseng as a herbal remedy or a health supplement.

It Can Treat Respiratory Tract Infections

American ginseng works effectively against bacterial infections by inhibiting the production of inflammatory proteins in immune cells and activating phagocytes — a type of white blood cell — and natural killer cells.

It also stops the formation of new biofilm — microorganisms that form an attachment to a surface by secreting a slimy, glue-like substance — and aids the dissolution of a mature biofilm. These functions suggest that this root could help relieve the symptoms of and reduce a person’s risk of a common cold or flu. It also supports the belief that the herb can also effectively prevent or treat other respiratory infections.

It Can Strengthen the Immune System

In addition, American ginseng is also found to be a cooling herb. Those who have chronic stress can consume a Yin tonic to strengthen the immune system. This drink is also beneficial for people with excess nervous energy, high blood pressure or prone to having ulcers.

It Can Alleviate Cancer-Related Fatigue

High-dose consumption of American ginseng — 1,000 mg per day to 2,000 mg per day — effectively treats fatigue due to cancer or chemotherapy. These findings came from a clinical trial that involved people who suffered from a variety of cancers.

It shows that 25% of those who consumed a powdered ginseng capsule for eight weeks reported feeling less fatigued. 30% of them felt more satisfied with their treatment.

It Can Help to Regulate Blood Sugar Levels

A study shows that the use of American ginseng after eating a carbohydrate-rich meal is extremely effective in regulating the blood sugar levels of healthy people and people with type-2 diabetes.

Because of this, experts are of the notion that it should be considered adjunctive therapy in managing type-2 diabetes. The most convenient way to use American ginseng is to take it in capsule form.

It Can Improve Brain Function

A clinical trial result also shows that the use of this herb is effective in enhancing cognitive function. This is based on the results of a Corsi Block-Tapping task — a psychological test used to assess short-term cognitive working memory. It showed that the cognitive performances of each trial participant improved after they consumed different doses of American ginseng extract.

If you wish to consume it as a herbal soup, you need to boil it for up to 1.5 hours. Ensure that you avoid boiling American ginseng in containers made of iron or aluminium. It could potentially cause a chemical interaction. Instead, steep the herb in containers made from ceramic, clay, glass, or stainless steel.

American ginseng is effective in treating or managing different health disorders. It is also widely available in various forms. Therefore you should consider it as a herbal remedy or a health supplement. Remember to adhere to the recommendations and health warnings on the label to prevent side effects or interactions.

Safflower oil is rich in compounds that promote great health. Discover the top 6 health benefits that you can enjoy.

These 7 medicinal plants are great for treating common ailments and general health maintenance that you can access in your backyard.