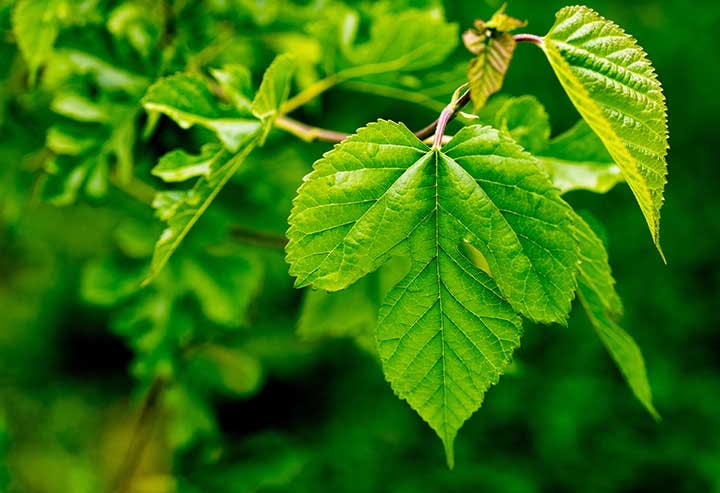 Medicinal plants are becoming increasingly popular in conventional medicine. One reason for using botanicals is that it’s more affordable than synthetic medication. One such ingredient is the mulberry leaf, which demonstrates beneficial effects against several chronic diseases.

Let’s take a closer look at 5 benefits of using this herbal ingredient.

5 Ways a Mulberry Leaf Can Boost Your Health

People in Asian countries commonly brew and consume herbal tea that uses mulberry leaves to improve their health. You can use the ingredient in capsule, powder, or extract form.

It can lower your risk of developing diabetes

Mulberry leaves are a potent source of 1-deoxynojirimycin (DNJ), phenolics, and flavonoids. The herb demonstrates an anti-hyperglycaemic effect when administered daily over a prolonged period.

Ingesting a mulberry leaf capsule every day for four weeks was found to reverse postprandial – after eating a meal – responses to a carbohydrate-rich meal in people with higher-than-normal blood glucose levels. An animal study also learned that long-term use of mulberry leaves can regulate a person’s insulin index, and fructosamine, fasting plasma glucose, and glycated haemoglobin levels. Simply put, the use of the herb can improve glycaemic control and reverse insulin resistance.

It may help with cardiovascular disease prevention and treatment

The use of mulberry leaves can attenuate the potential development of atherosclerotic events through a few pathways. In vitro experiments discovered that extracts of the herb inhibit the oxidative modification of LDL (“bad” cholesterol) particles and their transfer through the arterial walls. It can also restore endothelial – a cell layer that lines all blood vessels and regulates exchanges between the bloodstream and tissues – dysfunction markers to normal.

It can help alleviate common ailments

Traditional Chinese Medicine (TCM) states that using mulberry leaves (Sangye) is useful for cooling lung and liver heat. “Mulberry leaves have a cooling effect that can help clear wind-heat and moisten a dry lung cough, and dry eyes due to liver heat”, says Eu Yan Sang physician Kong Teck Chuan. The best way to consume the herb is to brew it into a tea and combine it with honey.

Though, physician Kong cautions, “Mulberry leaves in TCM are cooling in nature. Therefore, people with cold and weak lungs, spleen or stomach should avoid the herb. It’s also not suitable for consumption by people with a qi deficiency or yang deficiency body constitution”. You should also steer clear of mulberry leaves if you are pregnant, breastfeeding, or undergoing surgery within 14 days.

It can have beneficial effects against skin disorders

The health benefits of using mulberry leaf extract are also projected outward in a natural skincare product. It can be attributed to the anti-tyrosinase activity of the herb, which is effective in lightening skin tone and promoting skin glow. Mulberry leaves can also be helpful for people with pimples or acne-prone skin.

It may help prevent neurological disorders

Beta-amyloid protein – comes in unique molecular forms – can collect between neurons and trigger an onset of Alzheimer’s disease. Interestingly, the use of mulberry leaves can help allay the progression of the condition. This is because it contains compounds like kaempferol -3-O-glucoside, and kaempferol -3-O-(6-malonyl) glucoside, which restrict the formation of brain peptides.

Methanol extract of the mulberry leaf, meanwhile, possesses an anti-dopaminergic effect that helps to keep some psychological disorders away. Oxyresveratrol – a tyrosinase inhibitor – is also present in the mulberry leaf extract. It can act as a neuroprotective component and has a curative effect on acute ischemic stroke.

Using mulberry leaf as a health supplement can provide a multitude of benefits. A mulberry chrysanthemum tea can have a cooling effect on the bodies of people with wind-heat symptoms. You can also use mulberry leaves to fill a Chinese crepe. However, you should speak to a clinical and TCM physician if you wish to consider using this herb. Doing so will help you identify possible allergic reactions and their suitability of use for your specific body constitution.

Food cravings are normal but it can lead to overeating if you're not careful. Thankfully, there are some tricks you can do to curb food cravings effectively.

The Various Green Tea Benefits for a Healthy Digestive System