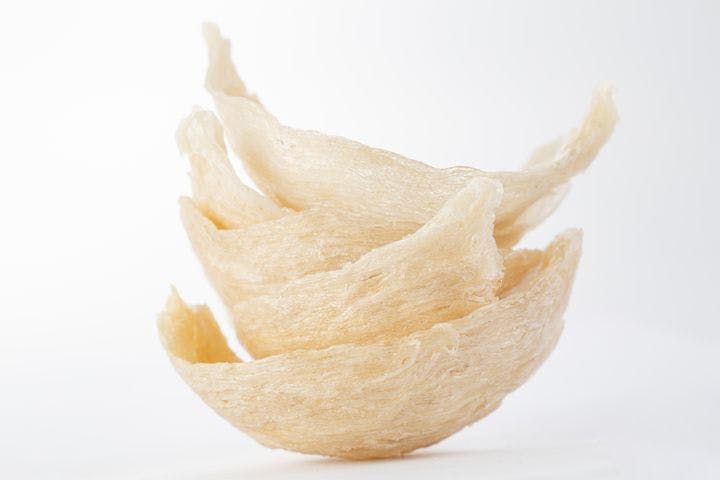 may recall old TV commercials that feature bird’s nest soup as a potent and effective health food. As a child, you might have even giggled about the fact that this natural health food contains the saliva of male swiftlets secreted and used as a binding agent to make their nests.

Bird’s nest has shown to have many numerous health benefits. There are different grades and the higher the grade, the it is. Apart from taking bird’s nest for your respiratory health, we’ll also let you in on a little secret about a more wallet-friendly alternative.

Why Birds’ Nest Is Great for Respiratory Health

“Bird’s nest contains many proteins and nutrients that can aid in recovery from chronic illnesses. It can also be used to stimulate appetite, improve digestion, and promote smooth bowel movement,” she further shares.

Many studies demonstrate the possible ways in which bird’s nest can help inhibit viral activity. Of note are bioactive compounds such as sialic acid and thymol derivatives that have been isolated in these studies and then tested both in vitro (in test tubes) as well as in vivo (in living organisms).

One possible mechanism is that these compounds help inhibit the replicated virus from exiting host cells. It reduces an infection and paving the way for a person’s healing. In several studies, it is believed that the compounds in bird’s nest function similarly to antiviral drugs such as oseltamivir and amantadine. These studies have also shown that bird’s nest increases the amount lysosomes which are essentially the cell’s trash disposal system. This could help explain its activity against invading viruses in the human body.

2. No major side effects

Unlike many antiviral drugs or vaccines, which directly enter and affect systems in your body, often with side effects, bird’s nest consists of complex organic material that have been shown to have very little harmful side effects.

When your body’s immune system detects a virus, your body sets off its defences by attacking the virus. In some people, especially those with a compromised or overreactive immune system, this “attack” unleashes a cytokine “storm” that can overwhelm the body. These inflammatory responses usually contribute to the typical symptoms of a viral infection of the respiratory system. Examples are mucus and phlegm formation, sore throat, coughing, fever, and soreness.

Studies on bird’s nest also show that not only does it have anti-viral properties to work against the virus, it also has anti-inflammatory properties. They help address the symptoms caused by the body’s immune response to the infection. So, is bird’s nest good for coughs? It can help with easing it.

Despite the exotic air surrounding this health food made from bird’s saliva, bird’s nest has a mild taste. It is similar to egg whites, making it another reason why it makes great medicinal food. It’s more appealing and .

This mild flavour, sometimes even perceived as bland by some, makes this food relatively easy to prepare. Bird’s nest soup is popular and it harmonises with other TCM ingredients such as red dates (hong zhao, 红枣), goji berries (gou qi, 枸杞), and dried longan (long yan rou, 龙眼肉). Add a little rock sugar for sweetness. Some people even consider well-prepared bird’s nest soup to be a delectable dessert, minus the guilt.

We often think of respiratory and lung health as a practice of fighting pathogens with potent drugs. While drugs do work to try to thwart an ongoing infection, they don’t often have other health benefits.

Studies on rats have been able to show, for example, the regenerative effect that bird’s nest has on human cartilage formation. There’s great potential for patients with osteoarthritis, a condition that usually inflicts the elderly as their bodies age.This superfood has been shown to help repair and revive corneal tissue, making it great to help fight the deterioration of eye tissue.

With all the great benefits of bird’s nest, one setback is just how expensive it can be. Fortunately, TCM offers many options for There are also other TCM ingredients to support your respiratory health. White fungus (yin er, 银耳), also known as snow fungus or snow ear, is a type of mushroom used in TCM to treat common respiratory ailments such as common colds and coughs. Known by its scientific name of Tremella fuciformis, the mushroom looks like a curly version of bird’s nest.

Studies have been able to identify polysaccharides in white fungus as the bioactive compound of this medicinal food. This compound has anti-inflammatory, antioxidant, anti-radiation, and anti-ageing properties. White fungus also has a skin-moisturising effect, promotes wound-healing, and can fight fatigue. Like bird’s nest, you can enjoy it as a dessert beverage made with rock sugar, goji berries, red dates, and longan. Adding lotus seeds (lian zi, 莲子) almost makes it a full meal.

Bird’s nest is a health food that has been shown to help with respiratory health, with little to no side effects. For a more affordable alternative, you can take white fungus. Share this article with someone who is interested in bird’s nest so they can benefit from this superfood too.

Benefits of Probiotics: The Role of Good Bacteria in Your Health and Wellbeing

Did you know there are good bacteria in your intestines? By utilising the benefits of probiotics, you can help the good bacteria grow and improve your health.

Multivitamin Benefits for Health: Consider These Alternatives Instead

One of the claims of multivitamin benefits is the ease of getting all your vitamins and minerals in one daily pill. But do they really work?

Why You Need Fish Collagen to Boost Your Health​

Fish collagen can be the new addition to your daily supplements. Learn more about its benefits for your overall health and well-being.

Chicken Essence Benefits: Why this Traditional Medicine is More Than Just a Myth

Chicken essence is a familiar staple in Asian households, but what is it, really? Find out what's inside it and why it's good for your health here.