Common Types of Childhood Bone Cancer and How to Treat Them

Bone cancer can develop at any age but is more common in children. Here's how TCM can support clinical treatment for symptom relief. 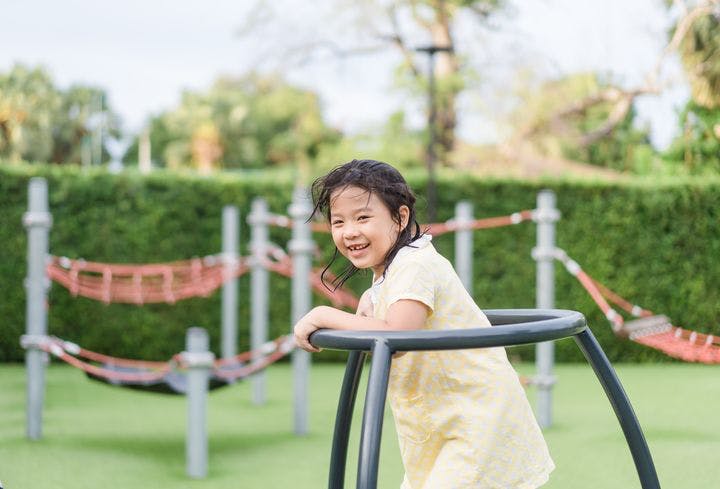 Any cancer diagnosis can turn your world upside down. While most cancers are more likely to develop in late adulthood, bone cancer is the anomaly. It can develop at any age but is more common in children.

Data from the Malaysian Society of Paediatric Haematology and Oncology reveals that 77.4 per one million children younger than 15 years have been diagnosed with childhood cancer. The most common types include leukaemia, , and bone cancer.

There is still a light at the end of the tunnel. Modern medicine has a set of treatments that can increase the survival rate. Complementing those treatments, Traditional Chinese Medicine (TCM) also has remedies that can help relieve side effects and speed up recovery.

Osteosarcoma and Ewing’s sarcoma are the most common bone cancers in children and usually occur during a child’s growing phase.

Osteosarcoma is usually present in bones around the knee. Meanwhile, Ewing’s sarcoma affects the bones of the pelvis, thigh, upper arm and ribs. The tumours typically manifest with pain, stiffness or tenderness at the site of the tumour, swellings or mass around the affected bone, difficulty walking or limping, fatigue, and weight loss. At times, the bones become very weak and may lead to fractures.

Apart from the two most common types of bone cancer, there are also chondrosarcoma and chordoma. The first develops in the cartilage, typically around the arms and legs. However, this type of bone cancer seems more common in adults. Chordoma, on the other hand, is rare. It usually begins with a tumour in the spine or the base of the skull.

Reports of Bone Cancer in TCM

Although there are no records of “osteosarcoma” and “Ewing’s sarcoma” in ancient TCM texts, bone cancers have been known since ancient times, according to Real Health Medical’s Chief TCM Physician Chu I Ta.

The Yellow Emperor’s Classic of Internal Medicine states that once the external pathogenic factors invade the body for too long and deep, excess Cold and Heat pathogenic factors will be formed. This causes them to fight against each other in the body. Whether the Cold or Heat becomes excessive, it stays in the bones, resulting in sharp pain and muscle atrophy.

Based on the Orthodox Manual of External Diseases, there is a condition of pain in the bone resulting from a tumour growing from the bone, bulging up like a hard rock. It’s immobile and a dark purplish colour, known as a “Rock tumour” in bone.

A record from Dynasty described a case study where “A young boy had bone pain. The tumour felt like a hard rock pressing the bone, was irregular in size, and resulted in muscle atrophy. It was suspected to be due to congenital weakness in kidney essence from the mother, resulting in poor immunity thus leading to the disease.”

Although researchers have tried to identify the cause of bone cancers in children, no definite cause is known in Western medicine. Genetics might play a role in the development of osteosarcoma.

Physician Chu explains the TCM perspectives on the pathogenesis of bone cancers below:

Kidney essence controls and is responsible for the bones’ normal growth and bone marrow production. Thus, congenital weak kidney essence results in poor and empty bone structure and higher possibilities of toxic evil invading. This can form a tumour which eats at the bones, resulting in pain.

2. Deficiency of Spleen and Stomach

The Spleen’s digestive system controls the growth of the four limbs, which mainly function to transform qi and blood. Good Spleen provide essential nutrients to nourish bones and muscles. Poor Spleen function will weaken the production of bone marrow and result in weak bones. The principal treatment of TCM is strengthening and tonifying the Spleen and Kidneys.

Excess Cold or Heat invades the body, causing Coagulation and Stagnation of , forming tumours and resulting in damaged tissues and bone.

Bone cancer symptoms are often ignored as growing pains in children, which delays the diagnosis. Prompt diagnosis is vital for the successful treatment of bone cancers. Clinically, surgery is used and it may also involve chemotherapy and radiotherapy.

TCM can play a supportive role, helping to improve the body’s ability to withstand toxic treatments, improve immunity to fight cancer and relieve side effects. TCM therapies for childhood bone cancers are usually introduced after the surgery for the removal of cancer has taken place. A licensed TCM practitioner can differentiate the Syndrome and advise appropriate therapy.

These syndromes are a result of a weak Spleen and stomach function, with the addition of external Cold and Heat pathogens invading the body. Prolonged and repeated exposure may lead to qi and Blood Stagnation.

Symptoms are in the form of an early stage of bone pain, soreness (酸重痛轻), paroxysmal pain, or even a gradual increase in pain. There can be a heightened feeling of stabbing pain if a patient is exposed to the cold. Tumours can be felt on the bone.

The main symptoms of this syndrome are sharp and swift burning pain. The tumour formed tends to be hard as a rock, and warm, and causes discomfort when pressed during an attack of pain. There will be an even redness and ulcer swelling on the local lesion, leading to a restriction of motion. The patient may feel feverish.

Physician Chu explains that the symptoms manifest in the form of swelling and localised pain on lesions with a dark purplish skin tone around the tumour. A patient’s movements will be restricted when they’re attacked by sharp pain, usually aggravated at night and by cold temperatures. They may have a dark and pale complexion, be skinny and might have anaemia.

Deficiency of Spleen and Kidney

Physician Chu advises using the formula Yang He Tang (阳和汤) to treat this Deficiency. Symptoms are a visible and palpable tumour, which may be accompanied by a swollen leg and arm. This is accompanied by a poor appetite, weak hands and feet, a sore lower back and knee, and a pale, yellowish complexion.

Though rare, bone cancer can be debilitating and life-threatening. Early diagnosis and treatment of cancers can help improve treatment outcomes. TCM therapies can synergise with Western medicine treatment to provide the best results.

Herbal ingredients can be effective in the treatment of children’s respiratory system illnesses. They can also be used to achieve other health benefits.

Childhood Obesity in Malaysia: What You Should Know

The prevalence of childhood obesity has increased at an alarming rate. Awareness starts with parents to help curb this disease at an early age using various Western and TCM practices.

Whether you consider yourself a new or seasoned parent, this list of what you should and shouldn't do during baby bath time might surprise you.