How to Quit Smoking and What to Expect

It isn’t easy to quit smoking. Luckily, we’ve got some tips that will boost your chances of doing so! 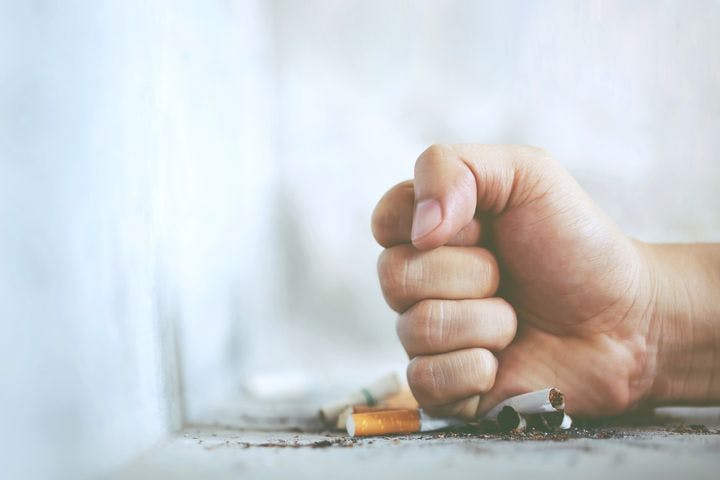 Smoking isn’t associated only with lung and oral diseases, but multiple health conditions can also arise from the habit, including cancer, stroke, diabetes, and heart diseases. In addition, smoking is the chief cause of preventable death in developed countries, with more than eight million people dying yearly worldwide. Read on to discover the benefits when you quit smoking and ways to do so safely.

How Traditional Chinese Medicine Perceives the Harmful Effects of Smoking

According to Eu Yan Sang Physician Vong U Chan, the Traditional Chinese Medicine (TCM) perspective is that smoking damages the Lungs, Spleen, Stomach, and Kidney. Diseased Lungs are more vulnerable to infections like pneumonia and tuberculosis. Smoking also weakens the Lungs’ capacity to command the overall movement of qi (vital life force) along the meridians.

It also gives rise to the accumulation of Heat in the organ system. Subsequently, it leads to dryness, resulting in constipation, dry throat and skin, and a dry cough. In the long run, Qi Obstruction can also trigger shortness of breath, a weak immune system, chronic respiratory illnesses, and Lung cancer.

And while the Heart isn’t directly affected, an Obstruction of Qi Circulation in the Lungs can bring about poor blood flow, Blood Stasis, heart palpitations, chest tightness, and even a heart attack. Poor blood circulation can further exacerbate Qi Obstruction.

On the other hand, Heat in the Lungs can diminish yin (passive energy) in the Spleen and Stomach, inducing frequent thirst, fondness for cold drinks, poor appetite, and dry, hard stools. It can also diminish yin in the Kidneys, prompting dizziness, tinnitus, back pain, hot flushes, and sleep disorders.

The Benefits of Quitting Smoking

Quitting smoking almost always comes with immediate and noticeable health benefits, regardless of a person’s state of health. Successful quitters report significant health improvements in as short as a month with lung capacity improving, less frequent coughing and experiencing fewer episodes of shortness of breath. Former smokers will find there is an improvement in their overall health and notice their sense of smell and taste improves.

Helpful Tips on How to Quit Smoking

Statistics show that only 15–25% of people who quit smoking still maintained tobacco abstinence after a year. Ongoing medical research continues to discover more ways the chemical components of cigarette smoke can alter brain functions. It’s no surprise that sheer willpower won’t suffice. To maximise the chances of success, you’ll need to use every bit of help you get.

Nicotine strongly binds to receptors in the brain cells, leading to dopamine release. In human perception, an event that’s coupled with a release of this neurotransmitter becomes perceived as pleasurable. Narcotic drugs that are addictive act via the same channel, resulting in dependence. This is why many liken the difficulty of quitting tobacco to quitting narcotic drugs.

Seek proper advice and get enrolled in a proven programme. For example, you may be advised to start nicotine replacement therapy (NRT).

When you try to quit smoking, you may experience nicotine withdrawal symptoms, such as cravings to smoke, irritability and increased appetite.

Using NRT may help you gradually quit smoking by supplying nicotine in controlled amounts while limiting other chemicals found in a cigarette. The U.S. Food and Drug Administration has approved over-the-counter NRTs including skin patches, chewing gum and nicotine lozenges.

As you begin your smoking cessation journey, it’s worth noting that the urges will intensify. The most unbearable phase reportedly starts around the third day after your last cigarette. It’ll worsen if someone else nearby starts smoking, or when it gets nearer to the time when you smoke more, such as after lunch and tea breaks.

If you can’t fight off the urges yourself, it may be worthwhile to avoid such events. You may also join non-smoking colleagues for lunch or breaks.

When the urge to take a puff finds its way to you, engage in another activity. Physical activities are a great way to take your mental focus away from cigarettes. Even modest amounts of physical exercise can help one deal with urges to smoke and withdrawal symptoms.

Go for a run, play a game of badminton with good friends, or climb the stairs to your apartment. Complicated tasks that require focus are also effective for diverting your attention. Pick up household chores you’ve been procrastinating on, index documents on your hard drive, or spend time pruning your garden.

Another good way to distract yourself is to find something to drink. Brewing hawthorn tea distracts you from the urge to smoke and benefits your health.

Do not “take a break”

It’s been a week since you last smoked. You are doing really well so far. So, just one cigarette before continuing with the smoking cessation plan won’t hurt, right?

Well, the answer is no. You have just made it through the toughest part of your journey, and that single puff will kick you back to square one. As your brain cells are just beginning to get used to the absence of nicotine and other chemical stimulants, you don’t want them to become dependent again.

Weaken the temptation from within

Addiction is a complicated neurological adaptation of the brain cells that is not yet fully understood by experts. Fortunately, we have natural remedies such as ginseng that can help with the urges and withdrawal symptoms.

Ginseng improves energy and the immune system, and gets rid of symptoms like chronic cough, shortness of breath and restlessness. It also helps with nicotine addiction.

Saponins in ginseng are responsible for many health benefits. Earlier studies show that ginseng extract is able to block the chemical events that lead to cocaine, methamphetamine, and morphine addiction. More recently, ginseng extract has been found to impede nicotine addiction by preventing the brain cells from being altered.

The same study also discovered that ginseng extract dampens the effect of nicotine on releasing dopamine in the brain, preventing the pleasurable feeling derived from nicotine. Add some ginseng powder to your meal in the morning or brew it as a tea to reap the health benefits of this fragrant herbal root.

It takes sheer willpower to quit smoking once and for all. You can also support your cessation journey using herbal remedies. Do speak to a TCM practitioner beforehand. It’ll help ensure that certain ingredients are suitable for your body constitution, or not.

Serotonin Boost: The Key to a Lifetime of Happiness

Serotonin is a well-researched hormone that has been linked to overall wellness. Find out how to get a serotonin boost to feel better soon.

Quiz: Are You Prone to an Anxiety Attack? Find Out Now

Do you have anxiety attacks? Answer these questions to help you recognise the signs and discover natural remedies that can help ease the symptoms.

Caution: You Might Not Be Aware of These 6 Signs of Burnout

Burnout is more than just feeling tired occasionally. Learn to recognise its signs to stop it in its tracks.