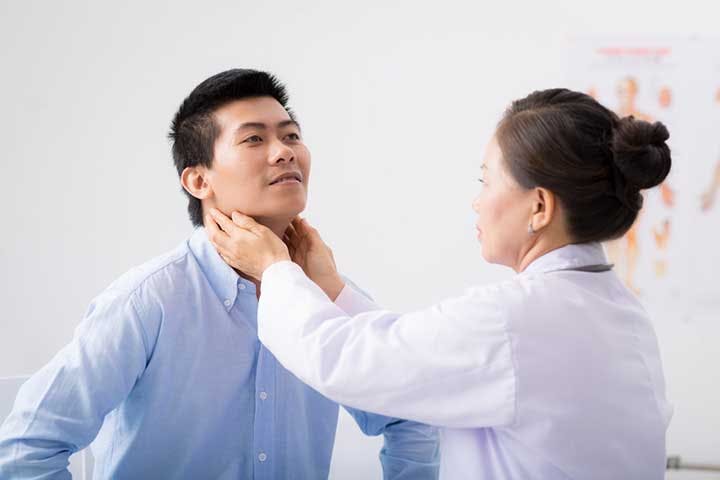 Hodgkin’s lymphoma is named after Dr Thomas Hodgkin, who first described the symptoms of cancer of the lymph nodes in 1832.

It was called “Hodgkin’s disease” before being renamed in the late 20th century. The medical community at the time then decided to name the other, more heterogenous type of the disease, non-Hodgkin’s lymphoma.

Read on to learn how to differentiate between the two and the treatment options that help a person achieve cancer remission.

How Different are Hodgkin’s and Non-Hodgkin’s Lymphoma?

These conditions share a few similar characteristics. Both Hodgkin’s and non-Hodgkin’s lymphoma develop in the lymphatic system and influence white blood cells. They’re also more likely to develop in men than in women.

In addition, several viruses can make a person more vulnerable to either condition. These include:

However, several key differences may help a healthcare provider diagnose and treat either condition correctly. Examples of these :

To diagnose either condition, a healthcare provider will ask if a patient if they’ve developed unexplained symptoms. These include a fever that doesn’t subside, weight loss, and .

Chest pain and abdominal pain or swelling are also symptoms of Hodgkin’s and non-Hodgkin’s lymphoma. A person with the former condition may develop itchy skin after a hot bath or consuming alcoholic beverages.

Be mindful that a healthcare provider can also choose to perform various tests during a consultation session. These include blood and imaging tests, a lymph node biopsy, or tests for hepatitis or HIV.

Consequently, a person may develop phlegm, toxins, Stasis, and Deficiencies, which can lead to the onset of either condition. To address these imbalances, a licensed TCM practitioner may propose herbal formulas that support “health energy” and eliminate “Evil” factors.

The treatment’s primary mode of action is to kill cancer cells or prevent them from multiplying. A single type of chemotherapy or multiple chemotherapy types may treat Hodgkin’s and non-Hodgkin’s lymphoma.

Chemotherapy can also be used alongside autologous or allogeneic stem cell transplantation to treat either condition.

Like chemotherapy, radiation therapy uses high-powered X-rays or other types of radiation to eliminate cancer cells or stop them from multiplying.

In the treatment of Hodgkin’s lymphoma, antibody-drug conjugates can recognise and kill Reed-Sternberg cells.

A traditional and holistic approach to treatment can strengthen the body and help suppress the growth of cancer cells.

The main TCM treatment principles for Hodgkin’s and non-Hodgkin’s lymphoma are to support “health energy” and eliminate “Evil” factors.

Physician Chu proposes individual formulas for each specific purpose. These include:

A treatment regimen centred on clinical and traditional remedies can help people overcome Hodgkin’s or non-Hodgkin’s lymphoma. The formulas Physician Chu proposes are generally safe for consumption but derived from different ingredients. Hence, it’s best not to self-medicate and to consult a TCM practitioner beforehand to avoid potential contraindications.

Living with diabetes? Learn these expert tips in diabetes management to keep your health in check.

Uncovering the Blood Type Diet: Should You Try It?

The blood type diet has long been a subject of controversy. Discover the truth about it so you know whether you should try it.

Quiz: Find Out If You Have Hyperhidrosis with These Simple Questions

Answer these questions to know if you have hyperhidrosis. The article also describes the symptoms and available treatments.

Here’s how to manage physical and psychological chemotherapy side effects. Seek medical attention when these become severe.