Early treatment can increase the chances of cancer remission. Here are the stories of people who battled the disease and came out tops. 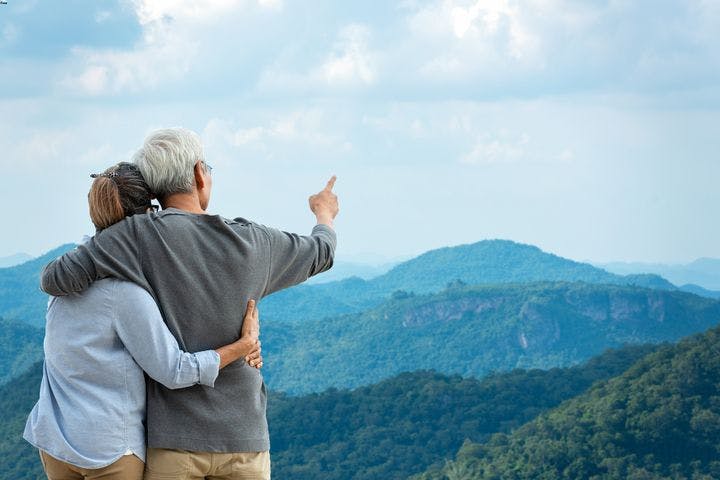 The Ministry of Health Malaysia’s National Cancer Registry Report 2012-2016 shows that the five-year relative survival rate was highest in people with thyroid cancer (82.3%), prostate cancer (73%), corpus uteri (70.6%), breast cancer (66.8%) and colon cancer (56.8%). On the contrary, the survival rate of people with lung and liver cancer was only 11% and 12.8%, respectively. According to Malaysia’s Health Minister Khairy Jamaluddin, it relates to an increase in late diagnoses, which delays people with the disease to achieve cancer remission sooner.

Bong Nyoek Lan was 60 years old when she was diagnosed with cancer. She initially noticed spotting but thought nothing of it. Fast forward to three months later, she experienced minor bleeding that continued over a few consecutive days. This prompted her to consult a healthcare provider. After performing a pap smear and other tests, the oncologist concluded that she had stage 3B cervical cancer.

To treat the disease, the oncologist proposed the use of a hysterectomy – surgical procedure to remove the uterus – and radiation therapy. To support her cancer treatment, she joined a Tai Chi club a year after the surgery. It helped her cope mentally and to socialise with other people.

In addition, she used natural, herbal ingredients to improve her stamina throughout the treatment’s duration. The use of Chinese herbs was particularly favoured as it helped boost her dwindling energy levels. Thankfully, after five years of perseverance, Nyoek Lan successfully achieved cancer remission. Nowadays, she refrains from eating red meat whilst also living a stress-free life to prevent the cancer from recurring.

DT was diagnosed with second-stage bone cancer when he was only 28 years old. The news came as a complete shock to him, as he was physically active and consumed a semi-balanced diet.

Hence, he opted for the opinion of four oncologists – two from Malaysia and two from Singapore – before accepting his reality and starting the treatment. The treatment programme was broken down into four individual categories, including:

“It was one of the toughest periods in my life. I struggled physically and mentally every day, but I knew that if I was patient and followed the treatment protocol, I would come out alright,” recalls DT. He also took more breaks during the day and focused on consuming a healthy diet.

This change in lifestyle and consistency with treatment helped him become cancer-free after 15 months. He also stays away from processed foods and spends more time on self-care to reduce the risk of cancer recurrence.

Willow’s cancer diagnosis felt like a bad dream happening all over again. “It was exactly like the time I was sitting next to my mother while the physician gave her diagnosis. Only this time, I was sitting in my mother’s place and my brother in mine,” says Willow.

A week before meeting an oncologist, she noticed an unusual lump on her breast and immediately knew something was wrong. She was diagnosed with stage three breast cancer and required chemotherapy and a mastectomy. A mastectomy is a surgical procedure to remove a breast and tissues affected by cancer. It took more than a month for her to recover physically from surgery and get back to life.

However, she struggled with depression and social anxiety post-surgery, as she felt physically inadequate. It has been four years since her ordeal, but she does continue to experience brief moments of anguish from time to time.

She believes that completing cancer treatment has given her a new lease on life. “Having cancer taught me that I should not take the days I have for granted. As such, I’ve been living each day after being cancer-free like it’s my last!” adds Willow.

The Role of Traditional Chinese Medicine in Accomplishing Cancer Remission

Traditional Chinese Medicine (TCM) believes that a person’s ability to fend off cancer depends on their genetics, body constitution, lifestyle and dietary habits. Though, physicians can use several herbal ingredients to lower their risk of the disease. These include:

Meanwhile, you can also use TCM to alleviate the side effects of cancer treatment. TCM pathologically defines radiotherapy as “heat-toxic” or “Evil Fire” in TCM. Thus, the aim of using herbal ingredients is to clear the pathogen and protect body fluids. These herbs are:

TCM describes chemotherapy as a disharmony of the spleen and stomach. It can lead to dampness and phlegm stagnation in the middle burner. “These imbalances may increase bilirubin, transaminase and alkaline phosphatase levels, and present as symptoms like diarrhoea, nausea, vomiting and mouth ulcers.

Early intervention is key towards attaining cancer remission. The use of alternative therapies can help ensure balance as you undergo clinical treatment. Do speak to a TCM practitioner beforehand. It can help you determine the lifestyle habits you can practice and herbal ingredients that are suitable for your body constitution.

Cupping Therapy Explained: A Guide to an Ancient Yet Effective Alternative Medicine

The world's top athletes use cupping therapy. It effectively treats many health disorders, but it can seem scary due to the bruises they cause.

Diabetes Symptoms: Separating Myths from Facts So You Can Live the Sweet Life

Numerous myths are associated with diabetes symptoms. Learning how to manage your blood glucose levels will help you live a normal, symptom-free life.

Sleepy After Eating? 5 Ways to Re-energise Yourself

Eating greasy food, lack of water and having insufficient sleep will make you feel sluggish throughout the day. Consider following these steps to prevent feeling sleepy after eating.

How to Prevent and Treat Dengue Symptoms

Dengue fever is especially prevalent in Malaysia. Here are the symptoms to watch out for and ways to prevent and treat dengue fever with Western medicine and TCM treatments.