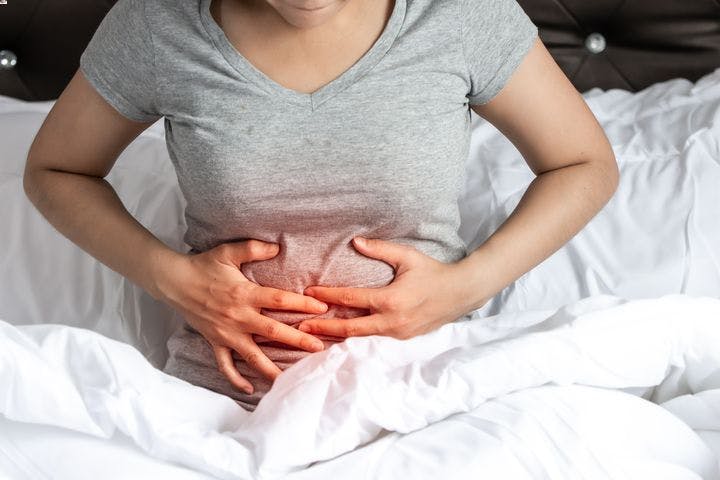 Understanding Gastritis from the Experiences of Two People with the Condition

Recognising the reasons behind gastritis in people helps with ascertaining the right treatment options and improving quality of life. Here are two first-hand accounts of people who’ve found ways to manage the condition effectively.

30-year-old writer Nia was 24 years old when she had her first gastric attack. Initially, a physician diagnosed her with gastritis after learning that she often had indigestion. To make matters worse, she also suffered gastric pain whenever she fell sick. Hence, the physician prescribed her strong medications that protect her stomach and intestines.

“Years later, I also found out that I was gluten and lactose intolerant. Also, my pancreas wasn’t producing any enzymes, so I was malnourished,” recalls Nia. She believes that a lifestyle involving missed meals, anxiety disorders, and a stressful working environment contributed mainly to the condition’s development.

When a gastric attack does occur, she’d present with a combination of symptoms, including:

To attain relief, she ingests a number of medications, such as antacids, Domperidone, Esomeprazole, and Rabeprazole. She also takes a vitamin B12 supplement to address a deficiency of this nutrient.

Separately, she uses a herbal formula that consists of ingredients like cinnamon, lavender, nutmeg, thyme and star anise. In addition, she replaced her consumption of Indonesian and Western foods with a strict gluten-free diet, whilst limiting her lactose intake. To promote better digestion, she also consumes a glass of warm water with lemon and honey on a daily basis.

Harold was diagnosed with gastritis at the young age of 16. The most prevalent sign of his condition is intense pain in the abdominal area. “I remember one specific gastric attack during my late 20s. I hadn’t eaten the whole day, and the pain took me completely by surprise. When I did try to eat something, I found it difficult to chew and swallow. I then admitted myself into emergency care, whereby the doctor administered an injection that almost immediately relieved the pain,” says Harold.

To calm acid reflux or indigestion, he consumes antacid – a class of medication that neutralises stomach acid – in liquid form. He has also found milk thistle to effectively ease these symptoms. Like Nia, he also switched up his eating pattern to lower his risk of gastric episodes. Notably, he maintains consistent mealtimes daily and refrains from eating too many inflammatory foods.

Identifying the Triggers of Gastritis

Clinically, gastritis is believed to stem from various factors, such as:

Though, Eu Yan Sang TCM Physician Kong Teck Chuan cautions, “Do check for a condition known as Barrett’s oesophagus as it can increase the risk of cancer of the oesophagus. Jaundice or pain in the upper right abdomen may indicate gallbladder inflammation, and require hospitalisation or surgery. Lower right quadrant pain is suggestive of appendicitis. Meanwhile, extreme epigastric pain during pregnancy can point to serious preeclampsia, and be life-threatening. Chest pain, on the other hand, may reveal a cardiac disorder.”

Ways to Do Away with Gastric Pain

The prescription of treatment modalities for gastritis relate to its individual origins. Alternatively, a TCM diagnosis for the condition are based on an observation of a person’s symptoms. Practitioners of this medicine system regard stomach pain as ‘epigastric pain’, epigastric distention – swelling due to internal pressure – as ‘distention and fullness’ and the absence of neither symptom as ‘acid regurgitation’.

Use distinct types of medications

Generally, some medications can help kill bacteria, whereas others suppress the signs of indigestion. Examples of these are:

For a deficiency of Spleen and Stomach qi, a TCM practitioner may recommend a decoction called xiang sha liu jun zi (香砂六君子) or herbs like Atractylodes (bai zhu, 白朮) and Codonopsis (dang shen, 党参). The aim of these remedies is to reinforce qi to strengthen the Spleen.

Relook how and what you eat

Holistic treatment of gastritis can help prevent gastric pain. If you wish to consider the use of herbal or traditional treatments, speaks to a physician and licensed TCM practitioner beforehand. In doing so, you’ll be able to receive a plan that works for you but doesn’t prompt any negative implications.

Quiz: Do You Have a Red Eye Infection?

A red eye infection can be extremely uncomfortable. Learn about the remedies and treatments that can help you achieve relief from this eye condition.

Headaches are one of the secondary symptoms of hypertension. Discover the different types of massage therapy and how they can help relieve headaches caused by high blood pressure.

Quiz: Find Out If You Have Hyperhidrosis with These Simple Questions

Answer these questions to know if you have hyperhidrosis. The article also describes the symptoms and available treatments.

Watch Out! Your Gums Are Bleeding and Here's Why