Vegan vs vegetarian – these two plant-based diets are recommended for their health benefits. What’s the difference, and should you try either of them? 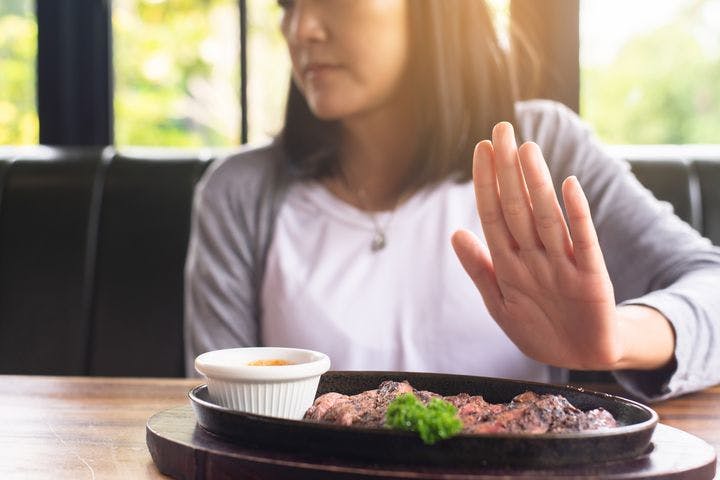 The past few decades have seen an of different diets, occasionally with debates on which is better, such as vegan vs vegetarian. Veganism is a type of vegetarianism where a person strictly only consumes food and uses products from plant sources.

In some countries and cultures, vegetarianism has been around for a long time, owing to religion and culture. In multicultural Malaysia, some Malaysians are born into practising vegetarianism due to religious beliefs in Hinduism and Buddhism Others choose as a lifestyle option, believing it is healthier and environmentally conscious.

We explore vegan vs vegetarian diets and if one is better than the other.

Vegan vs Vegetarian: What’s the Difference?

All vegetarians share one common denominator – they do not eat animal meat in any form. The most restrictive is the vegan diet, which allows foods from purely plant sources. A lacto-vegetarian allows for the consumption of milk and dairy products in addition to plant sources of food. And finally, a lacto-ovo-vegetarian eats the same things as a lacto-vegetarian, plus eggs.

For many vegetarians. The fundamental moral basis for vegetarianism is the concept of non-violence, where animals aren’t slaughtered as food. 41-year-old engineer Kumar, for example, is a vegetarian who eats mock meat instead of animal meat due to his observance of Jainism.

The vegan diet takes it a step further, where all animal-related products are prohibited, even if the animal is not killed. Vegans don’t consume root vegetables and tubers, as harvesting these plants is seen as destroying the plant and doesn’t allow it to regenerate.

“I became a vegan in 2016, primarily for ethical reasons,” shares Alia, a 28-year-old administrative executive. “I consume foods that are not from animals, while abstaining from anything derived from animals, such as meat, fish, eggs, dairy, and even honey,” she says.

Many later-life adherents to vegetarian diets adopt this restriction for health improvement. Research has shown that vegetarian diets decrease the risks of some people developing certain ailments such as high cholesterol and diabetes. A 2018 study in Malaysia published in the Malaysian Journal of Nutrition confirmed that vegetarians tend to have a lower risk of unhealthy body fat percentage and abdominal obesity. The study also confirms that, for the most part, vegetarians consume sufficient calories, as do non-vegetarians.

Emily, a 42-year-old credit officer, became a vegan in 2020. “Besides eating only vegan foods, I also abstain from sugar and white flour,” she shares. She attributes her slimmer build, mental clarity, higher energy, and better bowel movement to the vegan diet.

David, a 63-year-old director of his own company, also echoes this, sharing that since becoming a vegan in 2018, he has reversed his cataracts, type 2 diabetes, gout, and non-alcoholic fatty liver disease.

Potential Nutritional Deficiencies to Watch Out For

Those who follow a vegetarian or vegan diet must be careful not to become deficient in certain nutrients found primarily or exclusively in animal meats and products. These include calcium, iron, vitamin B12, and certain essential amino acids. Fortunately, these can be balanced through supplementation.

You should also be sure to incorporate different food groups (protein, carbohydrates, vegetables and fruits, grains, healthy fats) to ensure adequate nutritional balance.

Does TCM Advocate a Vegan or Vegetarian Diet?

“From a Traditional Chinese Medicine (TCM) point of view, it is best not to eschew a certain food group”, Real Health Senior TCM Physician Brandon Yew advises. The ancient text, , which until today is referred to by TCM practitioners, states, “Grains as nutrition, fruits as a supplement, meats as enhancement, vegetables as fulfilment. Together they form a synergistic combination that benefits our life essence”. TCM prefers a lacto-ovo-vegetarian over a vegan diet.

“In TCM, all kinds of meat and animal products are considered 血肉有情之品, which translates as possessing close affinity to the Blood and flesh. They provide powerful restoration and nourishment of the yin (cooling energy and body fluids), blood, jing (vital essence), flesh, muscles, sinews (tendons and ligaments), bones and skin. Hence, those on a vegetarian and vegan diet are at high risk of suffering from deficiencies in yin, Blood and jing,” Physician Yew elaborates.

However, these formulas shouldn’t be taken under self-medication but with consultation and under supervision of a TCM practitioner.

Physician Yew recommends a dietary approach that ensures a more all-rounded balanced diet, and offers four options: the Mediterranean, DASH, MIND (a combination of the Mediterranean and DASH), and flexitarian diets.

For those who still prefer to become vegetarian, or want to go vegan, David advises slowly transitioning into the lifestyle. Gradually removing prohibited food groups is easier than trying to change drastically.

“One of the challenges I face is the lack of good ingredient/allergen information at restaurants,” shares Alia. “There’s also a lack of understanding of what veganism is and what foods are and aren’t vegan,” she further divulges.

How to do Facial Acupressure Massage for Health at Home

Getting a massage for health does not have to be complicated and expensive. You can easily do different facial acupressure massages at home with this step-by-step guide.

Asparagus: 5 Reasons Why You Should Eat This Superfood

A great source of nutrients, asparagus has been lauded for its many health benefits. Discover how this superfood can improve your health.