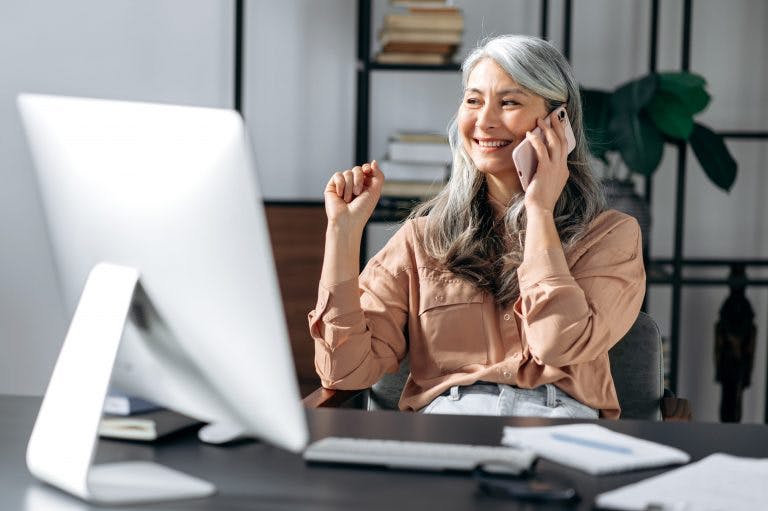 Iodine deficiency is a global health problem that affects approximately two billion people annually. Pregnant women may be at risk of iodine deficiency as they require a higher iodine intake. This group of women must address their lack of this nutrient by including seaweed nutrition in their diet.

The Benefits of Seaweed Nutrition, According to TCM

“From the perspective of Traditional Chinese Medicine (TCM), seaweed can soften masses, resolve phlegm, remove heat, and promote water circulation. It can treat goiter, feelings of heaviness or obstruction in the chest, and edema in the lower limbs,” explains TCM physician Lim Sock Ling.

Here’s how this seaweed can benefit your health when it’s part of a balanced eating plan, especially if you’re a woman.

5 Benefits of Seaweed Consumption for Women

1. Potentially reduces the risk of cancer

Multiple studies have demonstrated the algae’s ability to reduce the risk of cancer. Specifically, these studies found that the anti-carcinogenic activities of seaweed and various seaweed-derived compounds could inhibit cancer growth invasiveness and metastasis. The consumption of seaweed can also help to induce apoptosis or inhibit the growth rate of cancer cells.

A study by the University of California shows that seaweed can potentially lower a potent sex hormone called estradiol in animals. It’s important to note that estradiol levels are likely to remain constant during the early stages of a woman’s menstrual cycle. However, the levels of this hormone will peak right before ovulation, triggering a division of breast cells with DNA mutations. It will also cause new mutations, putting a woman at a higher risk of developing breast cancer.

Menopause can cause women to develop thyroid issues or suffer a reduced production of thyroid hormones. Post-menopausal women, meanwhile, are likely to develop osteoporosis.

Both groups of women should increase their intake of seaweed. The abundance of iodine in these algae can help to ease menopause symptoms like hot flashes and mood swings. Studies also indicate that seaweed consumption contributes to a high intake of dietary minerals and sufficient calcium absorption to prevent osteoporosis.

It’s also beneficial for improving a woman’s immunity and metabolism and alleviating symptoms of an impaired thyroid. “When your thyroid is functioning at a low level, you may experience fatigue, muscle weakness, palpitations, sensitivity to sunlight, weight gain and goiter,” says physician Lim.

3. Reduces your risk of chronic diseases

Seaweed contains a lot of fibre, which can help to keep a person satiated for longer by delaying the body’s stomach-emptying process. Choosing to snack on seaweed during or in-between meals. This will reduce your urge to binge eat or snack on unhealthy foods.

Seaweed also contains agars, carrageenans, and fucoidans. These can enhance bowel movement and work as prebiotics that feed good bacteria to the gut.

5. Suitability of Consumption and Alternatives for Seaweed

Unfortunately, there are concerns about the elevated levels of metal and iodine in seaweed. These elements may affect women during pregnancy and lactation. A study suggested that hypothyroidism — a condition where the thyroid does not create and release sufficient thyroid hormones into the bloodstream — was apparent in infants that absorbed a high amount of iodine through breast milk. Women with kidney disease or who are consuming blood-thinning medications such as warfarin should also seek advice from a healthcare provider before taking seaweed.

Iodine-deficient pregnant women can still consume seaweed as part of their dietary intake. Women who need to avoid the algae due to various health reasons such as thyroid diseases, kidney disease or heart and other related conditions and are consuming blood-thinning medications can consider other alternatives like flaxseed, milk, soy, tofu, black fungus, edamame beans, and leafy greens.

Seaweed nutrition includes a tonne of essential vitamins and minerals. These are crucial to your well-being and empower you to live a healthy and fulfilling life. Consult a TCM practitioner to learn how to incorporate seaweed into a well-rounded diet.

There are many health and beauty benefits in drinking flower tea. If you never thought of using it in other ways, this article will show you how.