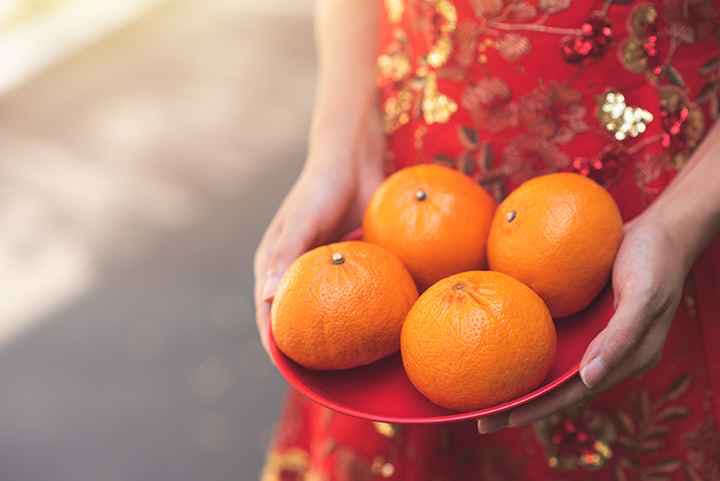 Mandarin orange is abundant with health benefits and is usually seen in season from January to February. In this article, you will see several advantages of enjoying a mandarin orange, apart from exchanging it during festive seasons.

Mandarin oranges contain high amounts of vitamin C and account for 28% of your daily intake. The vitamin is an antioxidant that neutralises free radicals. In addition, the fruit is also a healthy source of carotenoids, such as beta-carotene, beta-cryptoxanthin, lutein and zeaxanthin.

Beta-carotene can convert into retinol – a type of vitamin A – that supports the healthy functioning of the eyes and immune system. Lutein and zeaxanthin help prevent retina damage and age-related macular degeneration.

It Lowers a Person’s Risk of Chronic and Degenerative Diseases

A British study found that (once known as vitamin P) enhance blood vessel function and fight inflammation. Flavonoids, a type of polyphenol, refers to a diverse group of plant chemicals found in almost all fruits and vegetables.

Consequently, this can help reduce a person’s risk of stroke. A Harvard study also shows that flavonoids have neuroprotective effects that may delay the onset of Parkinson’s disease.

Separately, the consumption of mandarin orange peel enables an intake of polyphenols that, like vitamin C, can eliminate harmful free radicals. The peel also supplements:

It the Digestive System Healthy

Mandarin oranges are a substantial source of soluble and insoluble fibre. Soluble fibre prevents absorption of fats and certain dietary cholesterol, which slows down the digestion of carbohydrates, thus regulating cholesterol and blood glucose levels.

On the other hand, Traditional Chinese Medicine (TCM) commonly uses mandarin orange peel as prescription medicine. Ingesting a formula that combines the dried, unripe peel with other ingredients provides a strong medicinal effect. For instance, it can , clear dampness, remove stagnation, and nourish the

It’s worth noting that is acrid, bitter, and warm. It can invigorate the spleen, detoxify the body, eliminate dampness, and resolve phlegm. It can also relieve nausea, vomiting, loss of appetite, and flatulence. As such, it’s useful for nourishing the stomach and regulating the intestines.

It Gives Your Bones a Strength Boost

A mandarin orange supplements 3% of your daily phosphorus intake. Specifically, phosphorus is an essential ingredient strong bones and teeth.

Adequate consumption of these minerals is also essential for hindering osteoporosis. Meanwhile, regulates the formation of hydroxyapatite and activates the enzymes that form new bones.

ItRelieves the Symptoms of a Cough or Cold

Contrary to popular belief, the use of mandarin oranges that are roasted and sprinkled with salt doesn’t treat a fever or cough but can relieve its symptoms. They are also suitable for the latter stages of colds or coughs.

A common cold disrupts the distribution of body fluids. Hence, consumption of this fruit can offer relief by alleviating coughs, moistening the lungs, and supplying body fluids.

Research also exhibits that vitamin C will not necessarily cure a fever. It can, however, shorten the duration of illness and ease the severity of symptoms. In TCM, the pith of mandarin oranges is reticulated as they can dredge qi and meridians.

Precautions to Take When Eating a Mandarin Orange or

TCM states that mandarin oranges are generally cooling in nature. Because of this, you should limit your consumption at all times.

It is also inappropriate for people with a cold constitution, weak gastrointestinal chronic illnesses due to poor spleen and stomach organ systems. Excessive consumption of mandarin oranges will result in cold air accumulating in the joints and trigger soreness and pain in the waist and knees.

Avoid drinking milk one hour before or after eating the fruit. The protein from milk and vitamin C from oranges will coagulate and cause flatulence.

There is nothing wrong with indulging in a delectable treat like the mandarin orange during Chinese New Year. However, you should always consume in moderation. Do speak to a TCM practitioner beforehand to understand if it’s safe for you to enjoy the fruit without worry throughout the festive season.

It's Taking the Pharmaceutical Industry by Storm, but Does Lianhua Qingwen Actually Cure COVID-19?

Fermented Foods and How Kombucha Benefits Your Health

The Cause of Obesity: 5 Body Constitutions That Trigger Weight Gain

The cause of obesity correlates to a person's body constitution. In the same way, body types can also present with other negative symptoms.