Child Development: A Guide to the First 7 Years

Parents play an important role in child development. Discover the different milestones your little one should hit during the various growth stages. 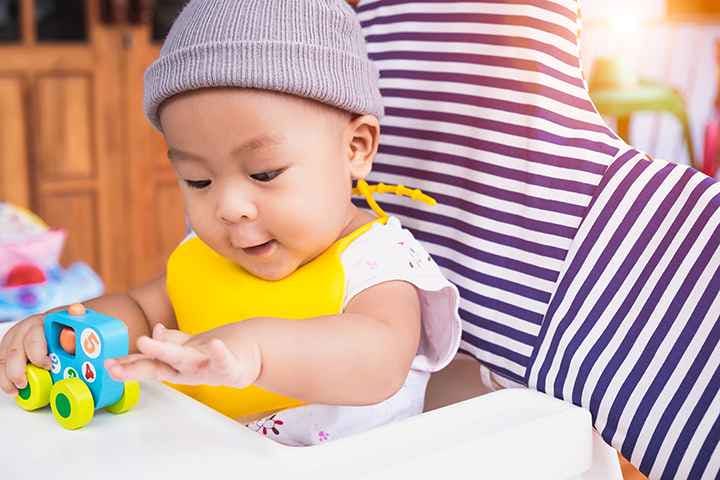 The Greek philosopher Aristotle once said, “Give me a child until he is seven and I will show you the man.” A statement that rings true ’till today. This is because the first seven years make up the foundation of optimal child development.

Here’s a guide to the crucial years of your child’s life, and the steps you can take to ensure they’re on course to hit each development milestone.

A Guide to Holistic Child Development

The physical, emotional, and social blossoming of your child directly relates to their overall growth and transition into adulthood.

During this stage of life, your child will usually grow their first tooth, and develop the ability to drink from a cup and roll over by themselves. In addition, they’ll learn how to sit and stand without support, and walk while holding on to furniture or other objects.

Separately, a child will pick up several languages and communication skills. These include babbling, smiling, and saying “Mama” or “Dada”. They’ll also gain an understanding of the word “NO” and stop doing an activity abruptly in response.

The second stage: 1 to 3 years

When your little infant grows into a toddler, they will advance from drinking water from a cup to feeding themselves with a spoon. Likewise, they will also learn how to run, pivot, and walk backwards without support. Speech-wise, your infants will pick up the use of more words, and be able to master saying names and imitate speech.

A child will also establish EQ (emotional quotient) during this period. For instance, your child will learn how to share their toys with other children and take turns using playground equipment.

The third stage: Becoming a pre-schooler

An introduction to preschool life between the ages of 3-6 years will help your child learn and play productively. Stark examples of these are being able to start reading, recognise written words, and draw shapes and stick figures.

Your child will also be able to grasp the concepts of size, time, and balance. Balance will come in handy during play, especially if your child starts skipping or riding a bicycle. More importantly, they will also become independent and be able to do things with little to no help.

Staying physically safe and healthy are fundamental in achieving proper cognitive, social, and emotional milestones in a child development. It’s worth noting that a human being’s general state of health correlates to their body constitution.

Modern medicine believes that the body relies on congenital and hereditary factors, as well as a person’s lifestyle. Psycho-emotional health can also impact the forming of their constitution.

Traditional Chinese Medicine (TCM) shares the same belief. According to Eu Yan Sang physician Luke Yau Wai, body constitution can be categorised as innate or acquired. “Humans are born with an innate constitution. It’s the primitive substance that constitutes the embryo and is the essence of a living body. It’s also known as ‘the essence of reproduction’. As such, the kidney can be perceived as the basis of an innate constitution. The acquired essence needed for the human body’s daily functions, meanwhile, is dependent on the transportation and transformation functions of the spleen. Food is the primary source of nutrition after birth, as well as the primitive substance for the generation of qi and blood. Hence, the spleen is the foundation of an acquired constitution”, explains physician Luke.

Balancing your intake of nutrition can keep your child healthy. Doing this can strengthen their immune system, lower their risk of non-communicable diseases – diabetes and cardiovascular diseases – and promote longevity. Therefore, it’s advisable for you to provide your child with equal food portions at fixed times daily, as it can boost their immunity.

Comparatively, TCM believes that the spleen and stomach play integral roles in your child’s overall development. An improper diet – overeating, eating cold and raw foods, consuming too many supplements – can disrupt the transportation and absorption of nutrients. This will inhibit a child’s body from growing normally. Also, do take heed that toddlers are born with delicate internal organs and an inadequate flow of qi. Because of this, their bodies may be susceptible to the invasion of external cold pathogens. To combat both predicaments, physician Luke recommends that you switch up your child’s diet and refrain from feeding them pungent foods.

A fever is not an illness. Rather, it’s a symptom of your body fighting against illness or infection. However, a fever can become uncomfortable for children as their temperature rises. This can lead to your child becoming fussier, less talkative and losing their appetite.

There are a few steps you can take to decrease your child’s body temperature. Firstly, provide them with medications like acetaminophen or ibuprofen after consulting a clinical physician. Secondly, give them a lukewarm sponging and clothe them lightly. Thirdly, encourage them to drink plenty of fluids.

Alternatively, the use of TCM in treating a fever is based on syndrome differentiation. It may involve multiple treatments with diaphoretic, laxative, warming or heat-clearing effects.

One way to provide fever relief for children is to stimulate different acupressure points on their body. Clear Tian He Shui (Heavenly River Water) – in the middle of the inner forearm, forming a straight line from the wrist crease to the forearm crease – and push Liu Fu (Six-Fu Organs) – straight line on the ulnar border of the anterior aspect of the forearm from the elbow joint to the base of the palm – repeat this 100-500 times. You can also rub the inner Lao Gong (PC-8) acupoint and along the straight line from Da zhui (DU-14, or Great Vertebra, GV) to Chang qiang (DU-1) 100-300 times.

Hitting the different child development milestones will ease a person’s progression into adulthood. Use this guide to discover how you can help as parents. Seek consultation with a clinical physician or TCM practitioner if you wish to consider a combination of different steps to promote healthy growth.

Children experience numerous physical changes during a growth spurt. Learning how to grow taller naturally plays an important role in this process.

Early childhood is the perfect time to develop a healthy digestive system. Learn different steps you can take to improve your child’s gut health.

How You Can Handle Stress in Children According to a Psychiatrist

We talked to a psychiatrist to help you recognise stress in children and how you can help them live to the fullest.