Quiz: Find Out If Your Child Has ADHD or ASD

ADHD and ASD share similar symptoms. Identifying ways that enable a child to cope with either disorder can ensure optimal growth. 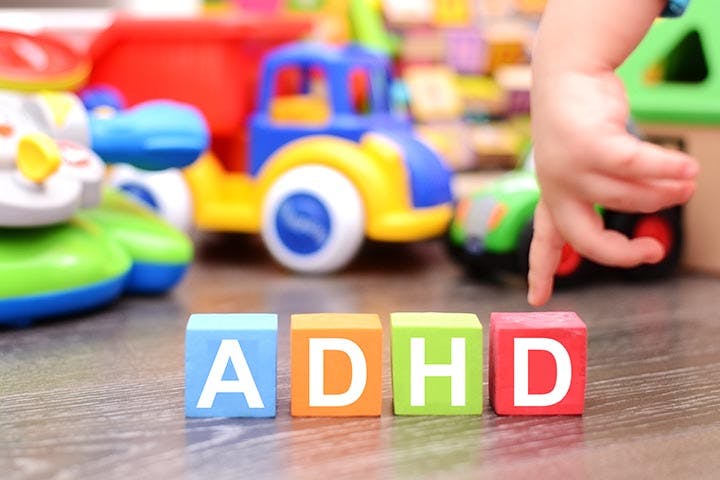 Does Your Child Have ADHD or ASD?

Discovering if your child has ADHD or ASD can help you devise a treatment plan, allowing them to cope with their specific condition.

Let’s learn what your answers indicate.

If your answers are mostly A’s: Your child potentially has ADHD

Most cases of ADHD or attention deficit hyperactivity disorder is diagnosed when children are 6 to 12 years old. There is no exact cause of ADHD. However, factors like being born prematurely, low birth weight, and smoking or drug use during pregnancy may contribute to this condition.

In Western medicine, the best treatment for ADHD is a combination of both medication and therapy.

There are currently five types of ADHD medicines. However, they do not offer a permanent cure as they only help ease the symptoms. They can also cause side effects ranging from stomach issues and headaches to mood swings and a lack of appetite. The medicines include:

Therapies can provide a more well-rounded approach to treating ADHD. Some common ones include:

According to Traditional Chinese Medicine (TCM), the primary causes of the condition are a weak body constitution and lack of kidney essence (jing). “A child with spleen qi (vital life force) deficiency or liver yang (active energy) hyperactivity may also be at risk of ADHD, restlessness, and body heat,” says Eu Yan Sang TCM Physician Tiang Sack Sing. In general, ADHD occurs due to a weak constitution combined with acquired environmental and dietary factors.

To help a child cope with ADHD, TCM focuses on invigorating the brain and kidneys and regulating spleen and stomach functions. Some nutritious herbal soups that can support this:

Caution: You should consult a TCM practitioner before giving these medicines to your children. Good habits like going to sleep early, limiting light and sound exposure, and consuming natural, balanced foods are beneficial too.

If your answers are mostly B’s: Your child likely has ASD​​

Autism spectrum disorder (ASD) and autism are a group of brain development disorders characterised by difficulties in social interaction, verbal and nonverbal communication, and repetitive behaviours. The most obvious signs and symptoms of autism tend to occur between 2 and 3 years of age.

While ASD is common among young children, there is currently no cure or medication for this condition. According to the Early Autism Project (EAP) in Malaysia, the Applied Behavioural Analysis (ABA) approach is the only research-based teaching approach for autism supported by over 1000 journal articles based on controlled studies, post-treatment follow-up data, and peer-reviewed studies. Results are encouraging – 50% of young children with ASD who receive good quality intensive ABA can catch up to their typical developmental age.

Other than ABA, other therapies can also be part complete ASD treatment program. The Centers for Disease Control and Prevention lists a few recommendations:

According to TCM, 3 organ systems — the heart, spleen, and kidney — govern awareness and reasoning. The heart governs the mind and spirit (shen) and controls the emotional state and short-term memory, while the spleen links to a child’s ability to concentrate, memorise or study. Meanwhile, the kidney controls long-term memory. A disturbance in these systems can cause autistic symptoms.

According to TCM, phlegm elimination is crucial as it concerns two TCM diagnoses of ASD:

Additionally, the Scientific Bases of Acupuncture book suggests that acupuncture influences the central nervous system and neuroendocrine function. The book also mentions that tongue acupuncture is being studied for several brain disorders in children, including blindness, cerebral palsy, and autism.

If you want to consider TCM medications or treatments for ADHD or ASD, speak to a qualified practitioner beforehand and help them understand your child’s daily activities and dietary habits. It’s also advisable to notify the practitioner if you had an unhealthy diet and lifestyle during your pregnancy, as well as any difficulties you might have encountered.

Ultimately, recognising the signs of ADHD or ASD contributes to a child’s healthy growth and development. Therefore, seek treatment as early as possible to attain better treatment efficacy.

How You Can Handle Stress in Children According to a Psychiatrist

We talked to a psychiatrist to help you recognise stress in children and how you can help them live to the fullest.

Your Child Gets a Cold Often? It Could Be an Upper Respiratory Tract Infection!

This article will tackle upper respiratory tract infections in children and how parents can use herbal formulations to treat the illness effectively.

It’s normal for eczema in babies to occur. If left untreated, the condition can significantly impair their quality of life. Here’s how to manage it.

Herbal ingredients can be effective in the treatment of children’s respiratory system illnesses. They can also be used to achieve other health benefits.

Toothache in Kids Doesn’t Have to Be Bad. Here’s How to Relieve Pain Naturally

Is your little one having a toothache? Make sure you know what’s causing it, along with some remedies, and tips for prevention.