Cervical cancer treatment can be challenging to endure. Here is how TCM remedies can help support treatment and improve outcomes. 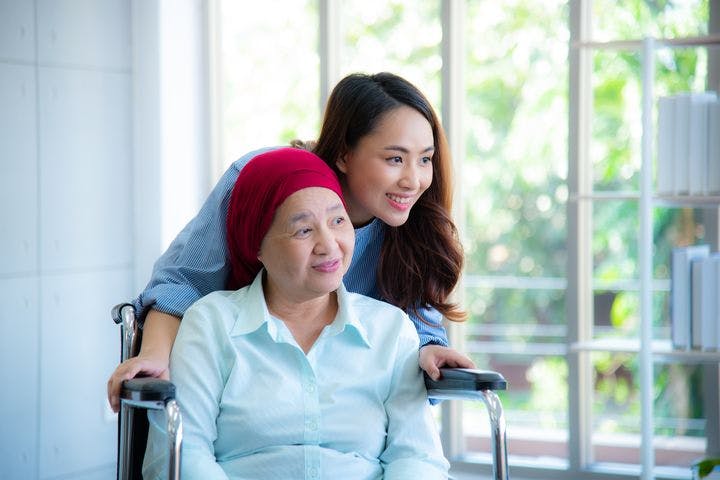 Screening tests for cervical cancer results in better prognosis thanks to early detection. However, for those who have to go through the treatment, it is an ordeal for their body. Thankfully, Traditional Chinese Medicine (TCM) has been proven to be effective in improving cancer treatment outcomes. It may enhance the body’s immunity, prolong survival and improve quality of life and reduce therapy’s adverse effects.

about the beneficial effects of TCM in treating cervical cancer. At 33, she was diagnosed with cervical cancer and underwent surgery, Though she managed to get rid of the tumour, the treatment left her drained and bedridden for months.

Unfortunately, two years later, her cancer recurred. This time, her doctor advised her to consult a TCM practitioner to support her treatment. She has been cancer free for the last six months and feels TCM helped her body withstand the therapy, the second time around.

“I had a demanding job and was constantly on the move. My life of thrown off balance when I was diagnosed with cervical cancer,” recounts Mrs Tai. According to TCM, cervical cancer results from extreme emotional damage, Congenital Deficiency in the , horouand(, Conception vessel), or Invasion of “Six Evils” ()”.

“The pathological process involves the Liver, and Kidney zang-fu. The syndrome is a disorder and imbalance of Chong and Ren Mai syndrome. This can be considered a disorder of genes and hormones. The Excess syndrome is explains Physician Chu.

“Going through the surgery and months of treatment that followed was not easy,” reminisces Mrs Tai. In Western medicine, cervical cancer is treated with surgery, radiotherapy and chemotherapy based on the extent of the disease, which has many side effects, weakens the body, and kills cancer cells.

TCM can help to support the patient through this trying time. Physician Chu notes that TCM can be used in the following stages to support the journey of a cervical cancer patient:

A trained TCM oncology physician prepares a treatment protocol complementary to Western Medicine treatment. Differentiating the syndromes and stages of disease development is the key to synergising the therapies.

In Mrs Tai’s , “Going for a combination of Western and traditional medicine treatments played a major role in being able to tolerate the difficult treatment for a second time and emerging cancer-free yet again”, says Physician Chu, as he encounters many patients who can tolerate Western treatments for cancer better in combination with TCM therapies.

Many patients suffer from Qi and Blood Deficiency in Qi after surgery.

Radiotherapy is associated with Heat toxicity and Blood Stasis Stagnation.

Patients on chemotherapy usually suffer fromch due to the toxicity of the medicines. Physician Chu suggests using the following formulas to treat different deficiencies:

Sometimes, enduring the treatment for a disease can be worse than the disease itself, as is the case with cervical cancer. Thankfully, traditional medicine does not fail to support Western therapies and improve outcomes.

Is Monosodium Glutamate (MSG) Bad for You?

Monosodium glutamate is associated with health problems like obesity and stroke. Experts have differences in opinion on the safety of the flavour enhancer.

Feeling a Chill? Here's Why You Have Cold Sweats

You sweat during exercise or when you're exposed to hot weather. However, cold sweats are a symptom of an underlying physical or psychological cause.

HFMD: Everything You Need to Know About This Debilitating Disease

It's a common misconception that hand, foot, and mouth disease (HFMD) only occur in babies. Learn how the virus affects adults and how to prevent it.

Discovering different eczema types can help with symptoms management. In this article, two individuals share how they have managed their skin condition so far.

Irregular periods are normal. However, you may find it hard to track your period, learn more of the causes and tips to manage it.