Watch Out! Your Gums Are Bleeding and Here’s Why 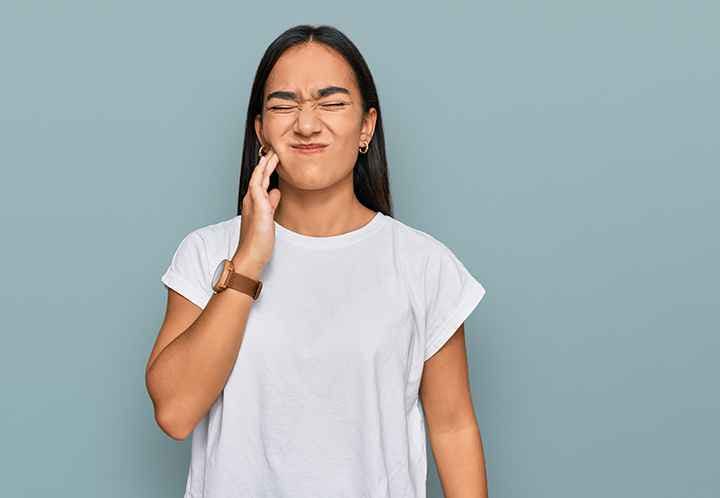 Bleeding gums are indicative of gum disease. A continuous bleed usually relates to a progressive build-up of plaque on the teeth. It may also be tell-tale of other underlying medical conditions.

Here are a few causes of bleeding gums, and the steps you can take to prevent or treat them effectively.

Bleeding gums are a common sign of gum inflammation. It can be attributed to poor oral hygiene and trigger the formation of bacterial plaque – a film of bacteria that forms naturally and constantly at the gum margin and between teeth. Not addressing plaque formation will lead to bacteria spreading to the area below the gum margin.

Doing so stimulates the body’s natural defence system to target the infection and increase blood supply to that specific area. Consequently, it may provoke plaque-induced gingivitis – a type of periodontal disease – which presents with symptoms like bleeding, redness, and swollen gums.

Mechanical Trauma to the Gums

Physical injury to gum tissue may also trigger gum bleeding. For instance, incorrect technique, or an increase in brushing or flossing force can increase your risk of injury. Bad habits like chronic fingernail biting can injure your gums, whereas flossing with fishbone or toothbrush bristles can lead to infection and inflammation.

A 2021 study by Nutrition Reviews examined 15 published studies involving 1140 healthy people. It found that low levels of vitamin C in the bloodstream can make a person susceptible to gum bleeding, even with gentle probing.

In addition, an insufficient intake of vitamin K can also prompt gum bleeding. The vitamin helps maintain bone health and promotes proper blood clotting. To add vitamin C and K to your diet, increase your intake of citrus fruits and green leafy vegetables.

Fire Pathogen in the Stomach, Kidneys and Large Intestine

Traditional Chinese Medicine (TCM) states that bleeding gums involves the presence of fire pathogens within the stomach, kidneys, and large intestines. This is because kidneys govern bone health, and teeth are an extension of your bones. It’s also worth noting that the stomach and large intestine meridians are located on the upper and lower gums respectively.

The turbulent and aggressive nature of the fire pathogen, meanwhile, will hasten blood flow and make your overall circulation erratic. As a result, your blood will flow astray from the vessels – channels that carry blood throughout your body – and spark gum bleeding.

TCM upholds the belief that the spleen controls blood flow. It confines blood to its vessels, preventing it from flowing awry. However, a lack of spleen qi may weaken the organ’s hold over blood flow and keep it steady within the vessels.

Likewise, TCM also deduces that the liver functions as a blood reservoir and regulates circulation within the body. If the organ is weak, it’ll lose its ability to store blood and control its flow, resulting in bleeding.

Steps You Can Take to Treat Bleeding Gums

You must see a dentist to determine the cause of bleeding. Early detection can help identify if you can treat the disorder with good oral hygiene practices or more complex periodontal treatments.

“One gross misconception is that all TCM herbal medications are safe for use by everyone just because they’re derived from herbs that are perceived to be natural without experiencing any side effects. Nonetheless, there’s a saying in TCM ‘是药三分毒’, which translates to ‘All medicines have their toxicity’, which implies that all medicine, no matter how natural they are, have individual levels of toxicity. Hence, you should never self-diagnose or medicate without proper consultation and guidance,” cautions Real Health Medical Senior physician Brandon Yew. This is to minimise your risk of unnecessary complications and side effects.

Applying pressure to several acupoints can be good for alleviating mild bleeding. These include Taixi (KI3), Hegu (LI4), Taichong (LR3), Xuehai (SP10), and Neiting (ST44). Taixi can be found on the inner side of the foot, in the depression between the tip of the inner ankle bone and Achilles’ tendon. Hegu is the acupoint located on the dorsum of the hand and between the first and second metacarpal bones. The Taichong acupoint is on the dorsum of the foot, in the depression proximal to the first metatarsal space.

Flexing your knee, you can find the Xuehai acupoint on the medial aspect of the thigh, 2 cun above the medio-superior border of the patella, on the bulge of the medial portion of medial quadriceps femoris. Neiting is proximal to the web margin between the second and third metatarsal bones, in a depression distal and lateral to the second metatarso-digital joint. If your bleeding is severe, seek consultation with a clinical and TCM physician.

Bear in mind that using these formulations can only help with generic or mild cases of gum bleeding. Physician Yew strongly advises against purchasing them to self-medicate without undergoing prior consultation with a TCM physician.

Ultimately, preventing bleeding gums is better than curing them. If a bleed does occur, heed its severity. You can improve mild bleeding through the practice of proper dental care. If you experience severe bleeding, take comfort in the fact that early treatment will help you tackle the condition’s root cause head-on.

What Causes Male Pattern Baldness and How to Treat It

Male pattern baldness can cause a receding hairline. If left untreated, the condition will likely result in permanent hair loss.

Stroke symptoms, if identified early and treated, can prevent disabilities and deaths. Learn how to spot it and remedies for quick recovery.

Chinese New Year Food Made Healthy: Bring on The Festivities Without Worry

Feast on Chinese New Year food without worry. Learn about healthier choices you can make when it comes to preparing your favourite dishes.

Hypothyroidism symptoms can worsen if left untreated. It can also cause pregnancy issues and after birth complications.