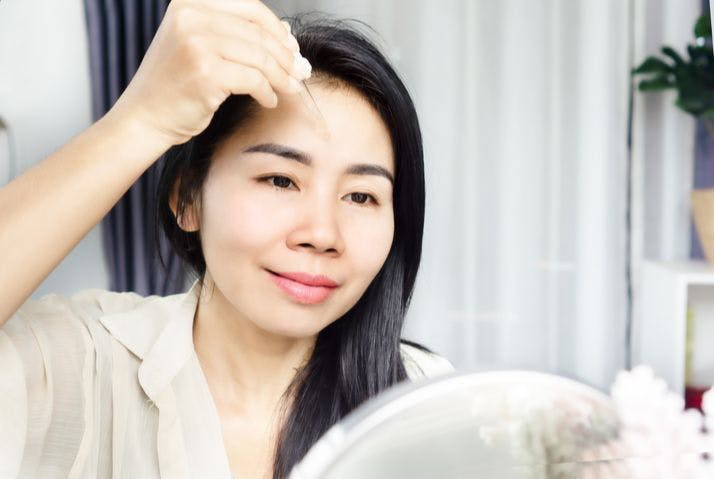 Modern science readily acknowledges benefits in promoting beautiful, healthy skin and hair. Also known as Siberian pineapple, sea buckthorn is a hardy and resilient shrub that grows in the cold-temperate regions of Europe and Asia and has been used for centuries.

Aside from the use of its small orange berries as medicine, the plant is also used for its deep-reaching roots that help combat soil erosion. It can also replenish nutrients via its nitrogen-fixing properties.

Its Latin name “hippophae” refers to its use in ancient Greece in horse (hippo) feeding to promote a healthy and shiny (“phae”) coat. In north-western China, sea buckthorn has also been found to be the secret ingredient that makes the feathers of the brown eared pheasant bright and healthy.

The berries of the plant have more vitamin C than nearly any other fruit known to humans. It is a rich source of vitamin E, minerals, flavonoids, carotenoids (which gives it its orange colour), polyunsaturated fatty acids, Omega 3, 6, 9, as well as the rare Omega 7. Read on to find out how sea buckthorn can do the same wonders for your health and beauty.

Numerous studies isolated the different compounds within the seed and berries of sea buckthorn. Therefore, it is a strong antioxidant.

They work to fight free radicals, support wound healing and reduce scars. They can also aid discolouration, as well as improve skin elasticity, tone, and moisture.

At the same time, they also treat issues like acne, psoriasis, eczema, and atopic dermatitis. Besides, they can also protect you against harmful radiation, with regenerative and anti-ageing effects.

Research has shown that even just a one-time application of creams consisting of natural emollients like sea buckthorn oil at a concentration of 40% leads to a significant increase in skin hydration without changing the pH of the skin. This is in comparison to creams using synthetic emollients.

Linoleic acid is found primarily in the seed, which is also the most abundant polyunsaturated fatty acid in human skin. A type of omega-6 fatty acid, it promotes the reproduction of lamellar granules. It typically slows down with ageing that makes our skin dry. Instead, regular topical application can reverse the process and avoid transepidermal water loss.

Gamma-linolenic acid is another unsaturated fatty acid that is abundant in sea buckthorn oil. A lack of this acid in the skin may lead to dryness, rigidity, and ease of lesioning – the hallmarks of ageing skin. Applying topical creams containing sea buckthorn oil protects against inflammation and slows down the ageing process.

The carotenoids that give sea buckthorn fruit its orange colour are also responsible for stimulating collagen synthesis. However, the presence of phytosterols helps with the anti-inflammatory and anti-cancer activity that may result from ultraviolet damage, further demonstrating the anti-ageing potential of this amazing oil.

The palmitoleic acid in sea buckthorn can also inhibit the excessive formation of melanin on the skin, also known as hyperpigmentation. Researchers believe it does this by inhibiting the activity of key melanogenic enzymes.

One of the well-known benefits of sea buckthorn oil is its anti-microbial properties, including in the treatment and prevention of acne. The palmitoleic acid found in sea buckthorn oil is a type of omega-7 monounsaturated fatty acid, which is also found in sebum. The ability of sebum to be self-disinfecting on the skin surface is largely attributable to palmitoleic acid.

In an in vitro study, this fatty acid was found to have significant activity against acne-causing bacteria. Additionally, linoleic acid encourages regulation of the sebaceous glands, unblocking pores, and lowering the incidence of blackheads. Research has shown that indeed those with acne-prone skin tend to have low levels of linoleic acid.

May help with psoriasis or eczema

In parts of Eurasia such as Mongolia, Russia, and China, people use the pulp oil of sea buckthorn to traditionally treat skin burns. As mentioned before, palmitoleic acid encourages skin regeneration and wound healing, minimising scars as well. Through these similar processes, the oil relieves rough, flaky, itchy, and irritated skin associated with conditions like psoriasis and eczema.

In addition, the linolenic acid in sea buckthorn oil is also another key compound in combating these skin diseases. In a randomised study of the effect of this acid on psoriasis, researchers were able to demonstrate that the group of subjects who maintained the use of moisturisers that contain this ingredient were able to prevent relapse of their psoriasis as compared to the use of corticosteroid cream.

Similarly, sea buckthorn oil also has positive benefits for your hair. The lecithin found in the oil has moisturising and cell renewal properties. This substance may help remove excess sebum from your hair follicles. It also improves the structural qualities of the hair and helps restore the natural protective coating of hair.

To strengthen damaged hair, there are shampoos, conditioners, and other hair treatment products that contain this oil. It works to restore its elasticity while preventing hair loss and balding.

Aside from being a powerhouse ingredient in skincare, sea buckthorn oil has also shown to help with vaginal dryness. It can also improve vaginal tissue integrity and elasticity, especially for women who prefer natural alternatives to hormone replacement therapy.

Studies have shown that the omega-7 in sea buckthorn is likely responsible for the great improvement of chronic vaginal inflammatory atrophy. This is found in study subjects who took oral sea buckthorn capsules consistently for 12 weeks.

Besides, sea buckthorn oil also helps with rheumatoid arthritis, and premenstrual syndrome. It can also prevent heart diseases, which are all conditions that greatly affect women as they get older.

Interestingly, Traditional Chinese Medicine (TCM) has been using sea buckthorn oil for centuries to treat coughing, phlegm and indigestion. Known as sha ji (沙棘), sea buckthorn is considered a warm herb with a sour taste used for the Spleen, Stomach, Heart and Lungs.

This medicinal fruit helps with conditions involving Stagnation of fluids, which typically start in the Spleen and spread to the Lungs, forming phlegm. Therefore, sea buckthorn has a great ability to expel cough, as well as ease digestion. In addition, TCM also recognises its ability to fight Blood Stasis and improve circulation. That can help with amenorrhea, muscle cramps, and oedema.

Western medicine focuses only on topical and capsule methods of consuming sea buckthorn oil. However, TCM embraces its strength as a fruit often used in juices and jams, as well as in medicinal decoctions.

All in all, you can’t go wrong with sea buckthorn oil given all the benefits. It’s rich in bioactive compounds and fatty acids that promote health inside and out. It is no wonder this fruit is making a splash in the skincare scene.

Vegan vs vegetarian – these two plant-based diets are recommended for their health benefits. What’s the difference, and should you try either of them?

Use TCM herbs to enhance your cooking and make desserts taste better. This is also a good way to nourish your Liver, Kidney, Spleen and Stomach.