Say Goodbye to Morning Sickness During the First Trimester

Morning sickness is very common in the first trimester of pregnancy. Learn about the causes and ways to relieve the discomfort with TCM. 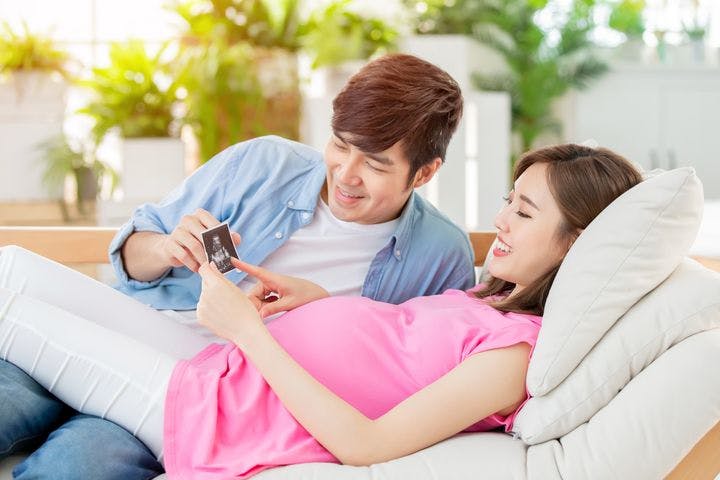 Television commercials and photographs featuring pregnant women often show the mothers-to-be with happy smiles on their glowing faces. Many people tend to forget that pregnancy also comes with its struggles: morning sickness.

The concept of morning sickness is familiar to most people, but there are still a lot of misunderstandings around it. This article will shed light on morning sickness, its causes, and ways to relieve it.

Morning Sickness: What and When

As you probably already know, morning sickness is nausea and vomiting women suffer during early pregnancy. Unlike the term suggests, though, morning sickness does not only occur in the mornings; instead, a woman may feel sick at any time and throughout the day (and night).

If you’re pregnant and not affected by nausea and vomiting, don’t worry because it’s normal. Not every pregnancy is accompanied by this ailment. It’s found in more than half of pregnant women, with about 70% to 80% suffering from nausea and vomiting. Other additional symptoms include headache, dizziness, poor appetite and back pain.

In most cases, morning sickness starts between the 4th week of pregnancy. The symptoms will usually go away on their own after the first trimester or around the 12th week of pregnancy. Still, if they persist, it’s imperative to consult a doctor immediately. When nausea and vomiting become severe and prolonged, followed by dehydration and weight loss, it’s a sign that the ailment has progressed into a condition named hyperemesis gravidarum. However, this condition is quite rare and affects 3-20 in 1,000 women.

The cause of morning sickness during pregnancy is not known. There is no one cause, and the severity varies among pregnant women.

According to National Health Service (NHS), one of the causes of morning sickness is the hormonal changes in the first 12 weeks of pregnancy. Several other risk factors can induce nausea and vomiting in a pregnant woman:

1. Twin pregnancies or other multiples

2. Severe sickness and vomiting in the previous pregnancy

4. Having a history of migraine

5. It runs in the family

10. When she suffers from urinary tract infections (UTI). While its effects are felt in the bladder, a UTI can spread to the kidneys.

On top of that, there are two other causes of morning sickness. One is liver qi stagnation. TCM believes that migraine and adverse rising of stomach qi are the consequences of qi stagnation in the liver.

TCM also thinks that kidney deficiency is one of the root causes of morning sickness. A person’s kidney is essential to nourish their bones and spine. But when a woman carries a baby inside her, her kidney essence and qi are used to nourish her womb, creating a deficiency that manifests in back pain and dizziness.

How to Treat Morning Sickness

Most of the time, morning sickness does not require any treatment, as it doesn’t put the mother-to-be and baby at risk. Depending on the symptoms and severity, doctors may prescribe anti-sickness medicine called antiemetic. But suppose the symptoms are hindering you from completing your daily activities. In that case, there are dietary and lifestyle changes you can make.

Each pregnancy is different, so is morning sickness and how to manage it. Fortunately, Western doctors and TCM physicians offer various treatments that every mother-to-be can try to achieve a smoother and more comfortable pregnancy.

Expert Tips to Fully Recover from a C-Section Surgery

There are various reasons why a physician or expecting mother chooses a C-section. Abiding by a customised care plan will help them recover faster.

Why is a back pain problem in pregnant women normal? What must be done to relieve the pain? Find out here!

Infertility in Malaysia: Possible Causes and Treatments to Increase Fertility

Infertility in Malaysia is an issue for many couples trying to expand their families. Here are some traditional remedies you can try.

Having Mood Swings During Early Pregnancy? Here's How to Deal with It

The body changes during early pregnancy, and this can result in mood swings. Learn more about how you can manage it better.

Postpartum depression is a type of mood disorder that is associated with childbirth. We talk to new mothers who have gone through this first-hand.

3 Essential Tips That Every New Breastfeeding Mother Should Know

Breastfeeding benefits mothers and babies, but it takes time to get used to the process. Learn essential tips every breastfeeding mother should know.