If you're a new mum struggling with mastitis, read on to learn about effective mastitis treatments to help you go through this challenging time. 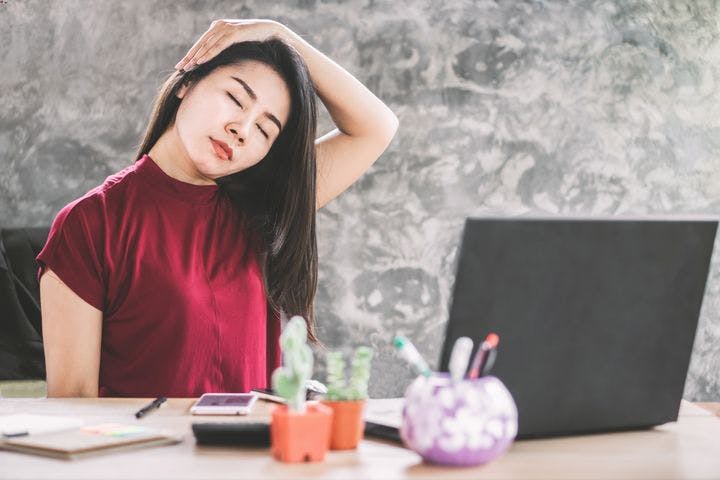 As many as 33% of breastfeeding women can develop mastitis – a breast infection – during the first 6 to 12 weeks of breastfeeding. Stopping breastfeeding is not advisable, so it’s good to know what mastitis treatment options are at your disposal if you develop this condition.

Anything can be the cause of inflammation and infection of the breast tissue. In a severe, full-on infection, the mother can develop flu-like symptoms that can interfere with this important aspect of motherhood.

Mastitis usually inflicts one breast, but in some rare cases, both breasts could be affected. It usually affects breastfeeding women within the first couple of months of nursing. However, it can also affect other women and men. The breast tissue becomes infected, resulting in the following symptoms:

The condition may progress to a full-on infection that results in flu-like symptoms, indicating that the body is fighting the infection:

Mastitis that affects women who breastfeed, also called puerperal mastitis, occurs when bacteria on the skin or in the baby’s saliva invade the breast tissue through an open crack on the skin or the milk ducts that carry milk to the nipple.

Women with skin conditions such as eczema or a compromised immune system are more likely to develop mastitis. Those with breast implants and nipple piercing or who wear a tight-fitting bra are also at a heightened risk. Women who smoke further compromise their health and make them more susceptible to mastitis.

Sometimes this condition can also develop when the mother and baby are still learning proper breastfeeding techniques. The baby may not be latching correctly, possibly due to the baby having tongue-tie. When the baby can’t suck properly, the milk becomes stagnant, and the breasts are unable to empty properly. This causes the milk ducts to back up even more.

Taking too long breaks between feeding or stopping feeding too quickly can cause the breasts to be too full. Bacteria then grow in the stagnant milk, leading to infection. The mother may also rely on one feeding position for too long, exhausting the nipple. That can result in cracked skin, making way for infection.

Mastitis treatment focuses on reducing pain and inflammation. Applying warmth to the affected area, such as a warm moist compress or massaging your breasts during a warm shower, helps ease the pain and improve your milk flow. Remember that it is safe for you and the baby to keep breastfeeding.

Doing so also helps prevent your milk from backing up and causing further pain from the pressure. Avoid wearing tight-fitting undergarments and clothing. If the pain becomes a bit much, you can safely take painkillers such as Panadol (paracetamol) or ibuprofen. These medications won’t affect your baby.

When not feeding, you can apply a cool compress to ease the burning sensation and pain from having just breastfed. Leave your nipples uncovered for a bit while you rest so that they can air and avoid further infection.

Sometimes mastitis does resolve on its own without medical treatment. In most cases of a diagnosed bacterial infection, your doctor may prescribe an oral antibiotic, which is safe for your baby. Try to rest and keep hydrated when you can to help your body fight the infection.

While you may be focused on feeding your newborn, it is important to begin mastitis treatment at the first sign of inflammation and infection. Left untreated, your infection could lead to an abscess that needs to be surgically drained. When an abscess has formed, it can no longer be treated with warm compresses or heat packs.

If you were wondering, mastitis does not increase your risk of developing breast cancer. However, note that the symptoms can be quite similar to inflammatory breast cancer, an aggressive cancer that doesn’t typically cause lumps. Hence, it’s a good idea to check in with your doctor if you develop mastitis. That’s just to rule out anything more serious.

The TCM Approach to Mastitis

According to Traditional Chinese Medicine (TCM) physician Lim Sock Ling, mastitis is caused by a stagnation of liver qi (vital life force). That can lead to toxic heat accumulation, which is what is deemed as an infection in Western medicine.

Another cause is qi deficiency due to the birthing process. This prevents milk from flowing down the ducts and out of the nipple, leading to engorgement and over time, mastitis.

TCM philosophy also considers the psychological and emotional state of a mother in her postpartum period that may give rise to this interruption in the qi, such as stress, anger, depression, and other negative emotions.

In an animal study published in the Journal of Diabetes Research, this formula has significantly improved wound healing. As always, it is best to consult and work with a TCM practitioner when deciding which herbs to consume. As each patient will require an accurate diagnosis of the root cause.

Keep in mind that there are certain herbs that lactating mothers should avoid due to high levels of alkaloids which can negatively impact the baby’s nervous system.

In addition to TCM herbs, raw garlic has immune-supporting antimicrobial properties and antioxidant-rich Vitamin C. These can help with wound healing.

You can also try a cold cabbage leaf compress to help with engorged breasts. Just be careful not to overdo it, as cabbage leaves can also dry up your milk supply.

Two of the acupressure points that can work to help ease sore, inflamed breasts are Tian Zong (SI 11) and Jian Jing (GB 21). The first acupoint, Tian Zong, is the middle of the shoulder blade or infrascapular fossa. Pressing this point, followed by massaging the inflamed breast towards the nipple helps activate the meridian, relieving stagnation and pain.

Meanwhile, Jian Jing is located at the highest point on the shoulder, which is the middle of the straight line between the spine and the edge of your shoulder bone or acromion process. This point also activates the meridian as well as helps descend the qi.

Mastitis can occur in up to one out of three breastfeeding mothers, so it bodes well for you to be aware of mastitis treatment options. Tending to a newborn means not just focusing on the baby but also on the health of the mother, especially in the critical months following birth.

Fortunately, there are both Western medicine and TCM approaches to help you bond with and feed your little one again, pain-free.

Postnatal Care: Learning the Stages of Confinement for New Moms

This article discusses the facts and myths as well as the four stages of nourishment of confinement, a form of traditional postnatal care.

Alopecia Areata and Hair Loss After Pregnancy: How to Encourage Hair Growth

Hair loss after pregnancy and alopecia areata are more common than you think. Here are natural remedies to reverse the loss and regain healthy hair.

Having Mood Swings During Early Pregnancy? Here's How to Deal with It

The body changes during early pregnancy, and this can result in mood swings. Learn more about how you can manage it better.

A urinary tract infection is a common disease. Learn about the risk factors of this condition and treatment types to alleviate the symptoms.

An incompetent cervix is a common condition causing preterm births and miscarriages. Here are treatments that can ensure a full-term delivery.

Is It Safe to Consume Chinese Herbs During Pregnancy?

While Chinese herbs can help alleviate common pregnancy symptoms, some are not are safe for pregnancy. This article highlights the safe herbs for pregnant women and how to consume them appropriately.