Ectopic Pregnancy: Can You Still Have a Successful pregnancy After?

An ectopic pregnancy tends to recur. Use these natural remedies to improve your chances of having a baby successfully. 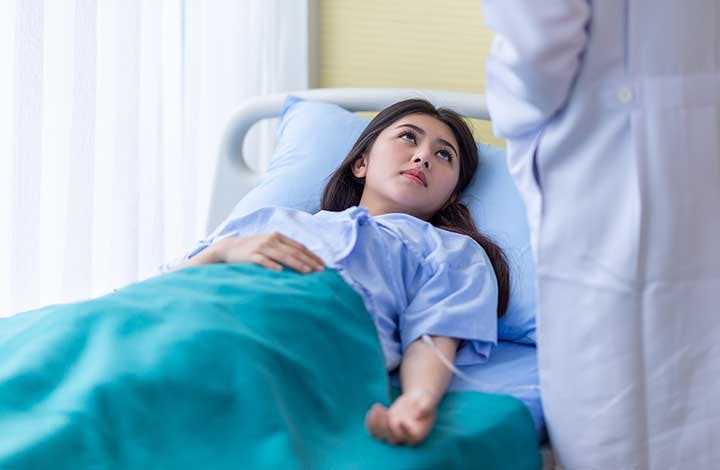 An ectopic pregnancy is when the embryo attaches itself outside the uterus, usually in the tubes (fallopian tubes) that connect the ovaries to the uterus. Due to the abnormal location, the embryo cannot grow. It is likely to cause rupture of the tubes and threaten the mother’s life. Hence, ectopic pregnancies have to be terminated with medicines or surgically as soon as they are detected.

Termination of a pregnancy is emotionally and physically traumatic for the mother. Ectopic pregnancies tend to recur, which contributes to the anxiety and depression faced by the couple.

Lim recounted the time she faced the grim diagnosis. “It was the first time I conceived. I was looking forward to seeing an image of my baby at my first pregnancy scan. But my doctor informed me that the embryo was not in my uterus. So, I would have to terminate the pregnancy,” she recollected.

However, it is important not to lose hope. Many women have given birth successfully even after suffering from multiple ectopic pregnancies. More than half the women can get pregnant within 18 months after an ectopic pregnancy.

An ectopic pregnancy may not cause any symptoms and a doctor often detects it only during a routine pregnancy scan, as in Lim’s case.

If symptoms occur, they usually appear between the 4th and 12th weeks of pregnancy. An ectopic pregnancy will result in a missed period and other signs of pregnancy. In addition, you may have symptoms like pain in the abdomen, vaginal bleeding or a brown watery discharge, pain in the tip of your shoulder, and discomfort when passing urine or stools. These symptoms don’t signify a major issue that pregnant women tend to overlook.

If you experience these symptoms, rush to the emergency department immediately. These symptoms of an ectopic pregnancy indicate a rupture inside the abdomen, which needs immediate surgical treatment. If caught in the early stages, it may be possible to repair the fallopian tube.

Hormonal disturbances, abnormalities or infections of the uterus and surrounding structures, and smoking increase the chances of an ectopic pregnancy. A previous ectopic pregnancy also increases the likelihood of the same condition repeating itself.

In an ectopic pregnancy, the embryo can’t survive for long as it is in an abnormal position and can threaten the mother’s life. Hence, the doctor treats it as an emergency and terminates as soon as possible after the diagnosis.

According to Traditional Chinese Medicine (TCM), ectopic pregnancies occur due to stagnation of blood and qi (vital life energy) in the lower abdomen, causing poor circulation within the chong and conception channels.

“Deficient qi in the spleen and kidney can also cause sluggish movement of the fertilised egg from the ovary to the uterus, causing the embryo to implant outside the uterus,” explains TCM Physician Lin Jia Yi.

Recovery After an Ectopic Pregnancy

Termination of pregnancy, medical or surgical, puts stress on the woman’s body. TCM remedies help women recover after surgery, regain their general health, and restore their reproductive health. Treatment mainly involves herbal remedies and acupuncture. The patient can start the treatment once she is discharged from the hospital after surgery.

From a TCM perspective, ectopic pregnancy and surgery lead to depletion of qi and blood and cause fatigue and exhaustion in the patient. TCM helps boost qi and blood and tonifies any deficiencies in the body.

Some patients may also experience residual pain and abdominal pressure after an ectopic pregnancy. According to TCM, this occurs due to stagnation of qi and blood in the lower abdomen.

TCM techniques improve the qi and blood circulation and clear blockages in the channels. If fallopian tube obstruction is present, TCM can help to reduce the blockage. Studies have shown that TCM can promote tubal patency by reducing masses in the fallopian tubes and preventing infertility due to tubal factors. Clinical studies conducted in the Fudan University of Obstetrics and Gynaecology Hospital university suggest that acupuncture and herbal remedies may improve the patency of fallopian tubes when used together.

Acupuncture after an ectopic pregnancy aims to promote healing after the surgery and helps patients gain strength and health. It also prepares them for healthy pregnancies in the future by fostering the smooth circulation of qi and blood in the channels, boosting vital qi, and balancing the yin (passive energy) and yang (active energy) within the body.

In the studies at Fudan University, the researchers administered warm needle acupuncture to the patients two weeks after the surgery for ectopic pregnancy, daily for three weeks. The primary acupuncture points used were Qihai, Guanyuan, Shanyinjiao, and Yinlingquan.

Can You Still Try to Conceive After an Ectopic Pregnancy?

A normal future pregnancy is possible as long as at least one fallopian tube is in good condition. Take Aida for example. She had repeated ectopic pregnancies in which one of the fallopian tubes was severely damaged and had to be removed.

She recollects, “I had almost given up hope of becoming a mother after my second ectopic pregnancy. However, my mother insisted on me trying Traditional Chinese Medicine (TCM) during the recovery period. My joy knew no bounds when I conceived again in 6 months– this time with a normal pregnancy in the uterus!”

Afida went on to have a normal pregnancy and is now the mother of an energetic 3-year-old boy. If both tubes are damaged, the patient can still opt for in-vitro fertilisation to conceive.

You may try for a baby once you are physically and emotionally ready. Most importantly, give yourself time to recover, and don’t try to conceive for at least two menstrual cycles after your treatment.

In case you treat ectopic pregnancy with medicines, it is advisable to wait at least three months before you try again, as the medication is toxic for the baby.

However, when you get pregnant the next time, make sure you visit your doctor as soon as you suspect it. Your doctor will perform the pregnancy scans earlier to ensure that you have a healthy pregnancy and provide appropriate care.

Going through an ectopic pregnancy is a harrowing experience. But with the support of natural remedies to restore your body, you can look forward to having a successful pregnancy in the future.

How to Get Pregnant: 3 Real-Life Couples Share Their Struggles and Success Stories

Several couples share their journey to conceive and give some personal advice on how to get pregnant. Each of their stories is as unique as the rest.

Post Vasectomy Care: What Couples Should Know After Getting the Snip

Vasectomy is a method of permanent male sterilisation. Read more to know about the vasectomy types, side effects, and post-operative care.

What is PCOS: Treatment and Post-Surgical Recovery Tips

What is PCOS? It is a common cause of infertility in women with irregular periods. Learn about this disease, the treatment options, and recovery methods.

6 Foods to Eat While Experiencing the Early Signs of Pregnancy

Am I Pregnant? A Quiz to Determine Early Signs of Pregnancy​

Are you experiencing early symptoms of pregnancy? Answer these few questions to check whether you have early signs of pregnancy.

How to Live with PCOS and Improve Fertility

This article discusses the symptoms and causes of PCOS and how to cope with the hormonal condition.