Is Stomach Flu Really Influenza? Here’s What You Should Know

The stomach flu is an actual illness that can affect anyone. Learn the causes, symptoms, treatments, and ways to prevent this highly infectious disease. 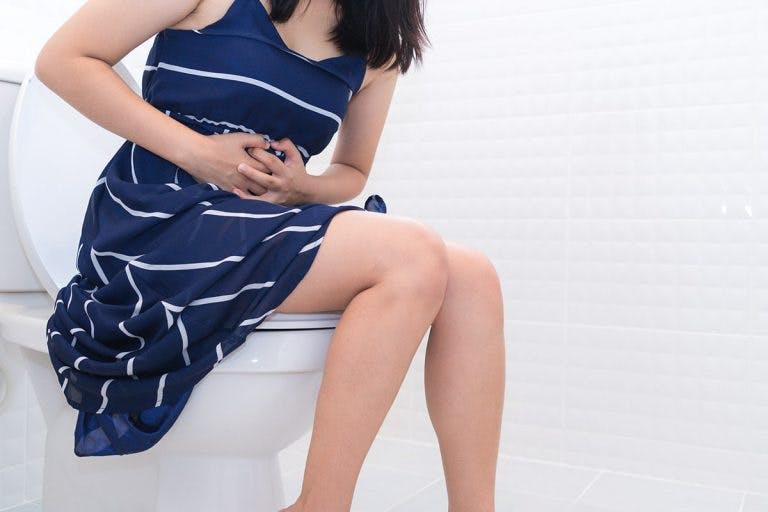 Although it has the word “flu” in its name, the stomach flu (or gastroenteritis) is not a type of influenza. Instead, symptoms of this illness arise from inflammation of the intestinal lining due to a viral infection. The stomach flu is common worldwide, with more than 685 million annual cases affecting both developing and developed countries.

The stomach flu can look a lot like food poisoning, with symptoms such as diarrhoea, nausea, vomiting, stomach pain and cramps, fever, as well as dizziness. But they are not the same illness.

“A contagious virus usually causes the stomach flu. It spreads by contact with infected individuals or food contaminated with the virus. Food poisoning, on the other hand, is an infection due to bacteria found in ingested food. In this case, the attack is usually acute, part of an outbreak, with a short incubation period due to the bacteria releasing toxins into the body,” says Chu I Ta, Chief Traditional Chinese Medicine (TCM) Physician from Real Health Medical clinic in Singapore.

Causes and Symptoms of the Stomach Flu

The norovirus and rotavirus cause most of the stomach flu cases. The norovirus, also known as the Norwalk virus, can infect anyone, although it more commonly infects adults. Globally, at least 1 out of every 5 cases of gastroenteritis is due to the norovirus. While a vaccine for the rotavirus is available, vaccines for the norovirus are still in development.

Infections in younger children, especially infants, are often caused by the rotavirus. Because of the risk of dehydration leading to more severe complications, it is important to recognise and treat symptoms early.

For adults, watch out for symptoms like diarrhoea, vomiting, nausea, stomach pain, fever, headache, and body aches. These symptoms usually develop 12 to 48 hours after an individual has been exposed to the norovirus.

Interestingly, medical observations show that not all individuals infected by the norovirus exhibit stomach flu symptoms. In other words, some individuals may get sick from the infection, whereas others may not. Some researchers think that genetic differences could be a factor.

In TCM, the root cause of diarrhoea is dampness. “Those with too much dampness may be more likely to trap exogenous factors such as the norovirus in their bodies. Other factors include consuming cold and raw foods that promote dampness, which negatively affects the liver and digestion. Existing chronic illnesses and old age can also result in a compromised spleen and kidney function, leading to stomach issues,” physician Chu elaborates.

For people who are infected with norovirus, there is no specific medicine to treat it. The best way is to relieve the symptoms like having a light diet and getting adequate rest. With frequent watery bowel movements and vomiting, replacing lost fluids with electrolyte drinks or oral rehydration salts (ORS) is essential. Slowly introduce nutrients through bland foods such as white rice or clear soup. Observe personal hygiene practices such as frequent handwashing to prevent reinfection.

TCM remedies as an alternative treatment: “Acupuncture and herbal medication can easily remedy the stomach flu. These herbal remedies work to optimise the body’s response to external pathogens,” says Physician Chu, adding that they also help correct any patterns of disharmony that cause someone to be more susceptible to the infection.

Usually, people with stomach flu get better within one to three days. However, if the symptoms persist even after receiving treatment, a TCM physician may do a blood test and a bacterial culture test to determine other possible causes of the illness.

One of the best defences against the stomach flu is to avoid infection altogether. You can do this by maintaining good health and practising good personal hygiene. Keeping your digestive system in tip-top condition can also help ward off future infections. Parents should keep children with stomach flu at home until the infection subsides to prevent spreading it to others.

As much as we try to prevent infection, just like the regular flu, many of us will have experienced the stomach flu at least a few times in our lives. Fortunately, with some symptom-calming remedies, rehydration, nutrient replacement, and sufficient rest, you will be well on your way to recovery.

Do You Have Low Blood Pressure? Here's How to Find Out

Low blood pressure can present with various symptoms. Not taking steps to manage the condition can impair daily function and be life-threatening.

An ingrown nail is a common condition that can turn into a painful infection. Here are ways to treat it and avoid it in the future.

When Should You Worry About Abdominal Pain?

Abdominal pain can be caused by any number of things and is hard to diagnose sometimes. Read on to learn about the different types.

Does Having a "Dad Bod" Put Your Health at Risk?