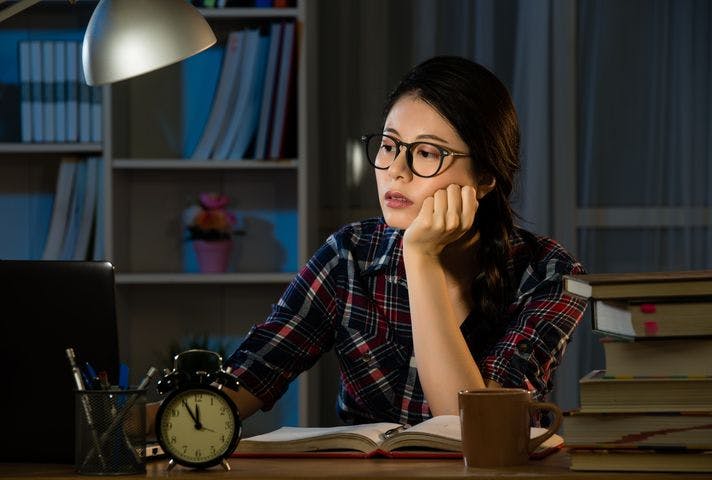 Whe people stay up late? Universiti Kebangsaan Malaysia and University of Malaya conducted on more than 11.000 working adults in Malaysia to find out why people weren’t getting enough sleep. The results were eye-opening.

More than half of the respondents admitted that they spread themselves too thin. A total of 6,212 respondents only got 6.49 hours of sleep per night on average. The reasons varied from old age, being or current smokers, high psychological distress to having children, lifestyle factors (work stress, health issues, financial problems), poor sleeping conditions and other mental health concerns.

Overall, our modern-day obligations or predicaments keep us awake and cause us to delay our night time slumber. It might not be easy to change our daily habits but taking a break from life’s responsibilities to catch some z’s at a reasonable hour is crucial for us to stay alive and well. Read more as we explain what staying up late could do to your body and why it might be dangerous for your health.

Why We Shouldn’t Stay Up Late

The National Sleep Foundation suggests that the ideal sleeping duration for adults should last seven to nine hours. A 2021 study by European Health Journal concludes that you should go to bed sometime from 10 to 11pm to keep your heart healthy. Similarly, Traditional Chinese Medicine (TCM) also thinks it’s best that adults sleep by 11pm.

If we miss the recommended bedtime at 10 to 11pm, our normal reaction would be to replace our sleep. We assume that if we hit the sheets at 5am and wake up at noon, we’re getting adequate rest because we slept for seven hours. However, this assumption is wrong. Since we didn’t fall asleep within the ideal sleep window, there is a reduction in our sleep quality and you’ll still feel tired when you wake up.

These organs will bear the brunt of your all-nighters:

Researchers have found a direct link between staying up late and the prevalence of cardiovascular diseases (CVD) in adults.

Since blood pressure drops during sleep, people who don’t get enough night time rest would be more likely to suffer from hypertension, a risk factor for heart disorders like stroke. Evidence has also found a correlation between later bedtime and other causes of CVD: Diabetes and obesity. It not only worsens the glycaemic control in type 2 diabetes patients but staying up late also leads to a higher BMI and, therefore, obesity.

Low-quality sleep has also been found to trigger inflammation and stimulate atherosclerosis. A condition where plaque builds up in the arteries and limits the blood flow to the heart and other organs, atherosclerosis can result in death.

In a 2017 study conducted by the University of Geneva, scientists in Switzerland discovered that the liver adapts to your sleep-and-wake cycle and functions according to it. Our liver learns your body’s circadian rhythm by taking notes of its active (daytime) and passive (night) phases. Because of this, your liver expands during the day and shrinks to its original size at night. Staying up late would confuse and disturb the workings of the liver. Another study published in 2020 has also found that insufficient nocturnal sleep can increase the risk of liver fibrosis.

Likewise, TCM believes that sleeping late can disrupt the Liver’s performance. Blood circulation focuses on our liver between 11pm and 3am. If we’re still awake during that time, your Liver will have to work harder and may impair itself. Since it plays a huge role in eliminating toxins, a damaged Liver will severely affect your health.

Evidence shows that our sleep-wake cycle is influenced by the release of cytokines. These are small proteins that regulate the growth and activity of other cells. Consequently, sleep loss can activate inflammatory cytokines found in most gastrointestinal disorders like gastroesophageal reflux disease (GERD), irritable bowel syndrome (IBS), and colorectal cancer. In addition, shorter sleep duration is associated with obesity, a risk factor for GERD and colorectal cancer.

What’s more, people who stay up late usually eat during the recommended sleeping hours. This unhealthy behaviour can further harm your stomach.

As you sleep, your blood pressure dips. However, this natural process doesn’t happen with all-nighters. In turn, your sympathetic nervous system is activated at night, causing stress.

Sleep also helps clear out toxic substances like beta-amyloid protein. It is found in dementia patients and deteriorates their cognitive function. It can be deduced that sleep disruption can impact your cognitive performance and ability to react, pay attention and memorise, among others.

Poor sleep quality can manifest into several skin-related issues, particularly around the eyes and mouth. This may be due to fatigue that causes droopy eyelids and mouth corners.

A 2015 study conducted in the United States has found a link between chronic poor sleep quality and skin ageing. People who sleep for seven to nine hours daily have better skin barrier functions and are satisfied with their physical attractiveness, in comparison to people who sleep for less than five hours a day.

A conducted by researchers for the Kangbuk Samsung Health Study in South Korea has found that people with poor sleep quality have increased glomerular hyperfiltration. This condition is associated with the early phases of kidney diseases.

Another study by the Journal of the American Society of Nephrology also reached a similar conclusion. The finding revealed that sleep disturbance could trigger proteinuria (excessive protein in the urine), causing kidney diseases.

Sleeping on time, getting quality sleep and not staying up late is necessary to maintain your health. So, if you’re a night owl, you need to take care of your organs. Or better yet, reorganise your daily schedule so you can be in bed by 11pm!

This is an adaptation of an article, “Can You Regain Your Sleep After Staying Up Late?”, which first appeared on Eu Yan Sang website.

Netflix and No Chill: The Dangers of Binge-Watching on Your Health

Binge-watching your favourite shows is fun until it messes with your sleep. Find out how it can harm your body and discover tips on maintaining health here.

Why You Shouldn’t Ignore Your Fatigue Symptoms

Living with fatigue symptoms is tiring, but there are some things you can do to gain more energy!

Got Cold Hands and Feet? Here Are 5 Reasons Why

It's hot, yet you have cold hands and feet. It’s an unusual condition with various causes. Should you be concerned? Find the answer here.

Looking to Try Keto Diet? Here’s How to Prepare a Weekly Menu

A fast and healthy way to lose weight, find out what a keto diet is and learn different ways to build a healthy meal plan for the week.