Men’s Health: Why It’s a Big Issue and How to Take Care of Yourself 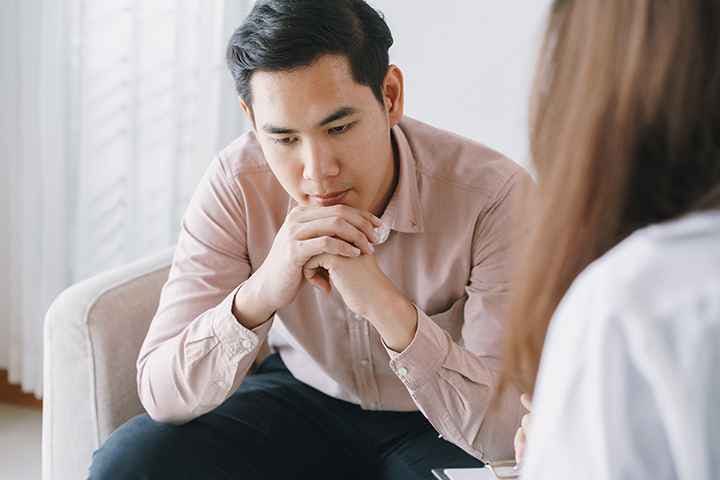 According to a 2021 report by Brookings Institute, men are more likely to die from COVID-19 than women. But even before the pandemic, men’s health has always been a cause of concern.

In 2018, World Health Organization (WHO) stated that there had been a high level of premature death (30- to 69-years-old) among men in the European region. This trend is repeated in other parts of the world, and data revealed that Malaysia is the 48th country with the largest men’s health gap.

A health gap is defined as differences in the prevalence of disease, health outcomes or access to healthcare. Despite having more privileges than women, men are less healthy physically and mentally.

Several factors may lead to men’s health gap. Read along as we discuss those causes and how to improve men’s health naturally in the article below.

There is a correlation between men’s health and an outdated idea of masculinity. For example, in many Eastern European countries, being masculine is associated with lifestyle behaviours that put men’s health at risk.

3. Staying up late from working too much.

In addition, the social pressure imposed on men by a patriarchal society could deteriorate their mental health.

Threats to Men’s Health & How to Fight Them

The factors above could result in the following health conditions or diseases:

Besides old age, fatigue can be prompted by energy loss from staying up late. Moreover, excessive thinking can induce mental fatigue as well.

3. Regular exercise can boost energy in the long run, and it can also help your body lose the excess weight that makes you feel tired.

5. Drink water. Dehydration can cost you your energy.

6. Some Traditional Chinese Medicine (TCM) such as Cordyceps pills can help reduce fatigue and boost energy levels. Particularly, it can boost lung ‘qi‘ (vital energy), which is responsible for ‘wei qi‘ (protective qi). A strong ‘wei qi‘ provides better external defence against pathogenic factors, which is akin to stronger immunity.

Overexertion may cause impotence, premature ejaculation, weak erection, nocturnal emission and other sexual problems. As revealed in this 2017 study, physical exercise must be considered a potential cause for male fertility problems.

From TCM’s point of view, men’s sexual dysfunction can come from kidney deficiency and stress, which stems from liver qi stagnation. In TCM, the kidney and liver are responsible for maintaining an erection.

2. Pelvic floor exercise. It is often considered a first-line solution to erectile dysfunction.

Waist and back pain

Staying up late or having a bad posture, such as sitting too long, can give you waist and back pain. TCM also thinks it can be caused by kidney ‘qi‘ deficiency.

In TCM, there is a saying that “the waist is the house of the kidney”, thus a deficiency in kidney ‘qi‘ could result in back problems.

2. Pick a suitable mattress to sleep on.

4. Improve diet and avoid weight gain. Back pain is known to worsen with increased levels of Body Mass Index.

5. TCM recommends Cordyceps pills and Waist Tonic Essence, as these herbs are able to boost and nourish kidney ‘qi‘ thus strengthening the back.

Smoking, drinking and lack of exercise are risk factors for cardiovascular diseases. In TCM, heart diseases may also arise from blood stasis, which is brought about by qi deficiency.

6. Some TCM herbs are believed to improve heart health, as they promote blood circulation. They include Tian Qi, ginkgo Biloba and black bean vinegar.

Ageing, bacterial infection and prolonged sitting are some reasons behind prostate diseases. Another risk factor is irregular sex life.

Meanwhile, TCM believes that prostate disorders are related to kidney deficiency, which can cause damp-heat in the lower jiao (pelvic).

4. Avoid alcohol and spicy food, as they may worsen prostate disease symptoms.

Lack of sleep, excessive drinking, smoking, overeating, substance abuse and working too much may lead to liver diseases.

5. Regulate your emotions. In TCM, imbalanced emotions and stress result in the stagnation of liver ‘qi‘. This disrupts its important function of regulating the flow of ‘qi‘, blood circulation and fluid metabolism in the body. In the long run, a myriad of diseases can arise from this imbalance.

Men’s health is an issue that is bigger than we might think. As long as the toxic view on masculinity prevails, men’s health gap may persist. In the meanwhile, take care of yourself before it’s too late.

Although the problems are varied, generally, having balanced meals, exercising regularly and getting proper sleep are three keys to achieving better health.

This is an adaptation of an article, ” Essential Health Supplements”, which first appeared on Eu Yan Sang website.

How to Treat People with Eating Disorders

Eating disorders are complex and damaging to the body. Taking steps to treat them can improve your quality of life.

You're Probably Overeating and Don't Know It. Here Are 5 Signs

Worried that you might have an unhealthy eating habit? Watch out for these signs of overeating and learn how to change this behaviour.

Don’t fear your vaccination appointment. Learn what you need to prepare before getting the COVID-19 vaccine.

Teeth Grinding at Night: What It Means and How to Stop It

Teeth grinding is characterised by pain in various parts of the upper body. It can also set off irreversible damage to the dental structure.