Dream Interpretation According to Science and Chinese Medicine

Your dreams may represent the state of your health or illness. See what yours are trying to tell you. 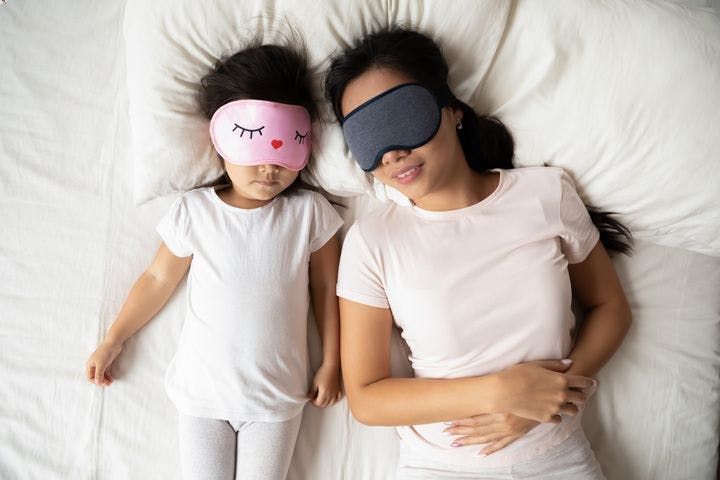 Over the course of human history, dream interpretation has always been a subject of interest and mystery. Ancient inscriptions or documents from early civilisations show how deeply societies regarded dreams and their meanings. For example, the people of Mesopotamia and Egypt deemed dreams as messages from the gods and oracles of the future. In Babylonia, people appoint priests or seers to professionally interpret dreams.

Meanwhile, in China, dreams were studied in the ancient medical text, The Spiritual Pivot (Ling Shu). The text wrote that “our dreams are a representation of our health or the lack thereof”.

Dreams continue to fascinate modern-day psychologists and scientists. They have conducted multiple studies to analyse dreams, and made several theories about their occurrence.

So, what do our dreams mean? Read more as we discuss dreams and how they relate to your body and health based on science and Traditional Chinese Medicine’s (TCM) perspectives.

Sleep Foundation defines dreams as images, thoughts or feelings that happen during sleep. Dreams can appear in all four stages of sleep, but they become longer and less cohesive during

Most of the time, our dreams consist of images of the things or situations we’ve encountered in our daily lives. They can either be realistic or illogical and obscure, especially when they occur—as mentioned above—during the REM stage.

The Science of Dream Interpretation

Like the spiritual priests of the olden days, modern psychologists and neuroscientists have been trying to make sense of dreams for centuries.

From a psychological point of view, the most famous theory is probably the one belonging to Sigmund Freud. According to Freud, dreams are a manifestation of repressed human desires.

Likewise, scientists have shared their theories on dreams, their mechanism and their purpose. There is a suggestion that dreams are related to memory consolidation (the process where long-term memory is formed). Several studies seem to have backed this claim.

For instance, in 2010, a study discovered that vivid dreams are linked to the amygdala and hippocampus, the two parts of the brain that play an essential role in a human’s memory. Another study was conducted on a Charcot-Wilbrand Syndrome patient whose symptoms included the loss of ability to dream, as the patient suffered a lesion in the right inferior lingual gyrus. Dreams link to that part of the brain, which associates with visual processing, emotion and visual memories.

In addition, the book The Secret World of Sleep: The Surprising Science of the Mind at Rest talks about other possible purposes of sleep. One hypothesizes that dreams function as rehearsals that prepare us to react to real-life threats.

Another suggestion is that dreams influence our mood or basic bodily states. This is especially true for nightmares, which often links to low-quality sleep and poor daytime performance. Recurring nightmares are a symptom of PTSD (post-traumatic stress disorder) and link to other psychiatric illnesses.

Dream Interpretation According to TCM & Its Relation to Health

Similarly, TCM thinks that our dreams or nightmares represent the state of our body. It believes that dreams sometimes happen to people with low-quality sleep, caused by a dysfunction in the. Therefore, just like disturbed sleep, our dreams may also indicate an imbalance within the organs in our body.

Below is a list of dreams and how they are related to your health, according to TCM:

Interpretation: Qi excess in the Liver.

2. Forests in the mountains

Interpretation: Qi Deficiency in the Liver.

3. Having a large meal

Interpretation: Qi Deficiency in the Stomach.

5. Crying, worrying, flying and being afraid

Interpretation: Qi excess in the Lungs.

6. Being immersed in water

Interpretation: Qi Deficiency in the Kidneys.

If you have been having one of the dreams listed above, you may want to pay your doctor or physician a visit. It doesn’t hurt to always be mindful and take extra care of your health. And remember to sleep well. After all, sleep is the best medicine.

Dream interpretation is as unpredictable as the dreams themselves. There are different theories and suggestions surrounding dreams. But no matter what they symbolise—whether it’s desires, memories or illnesses—our dreams are our body’s way to communicate its needs to us, and perhaps we should listen.

This is an adaptation of an article, “What Sleep Patterns & Dreams Tell You About Your Health?”, which first appeared on Eu Yan Sang website.

Trouble Sleeping At Night? It Could Be Insomnia and Here’s How to Treat It

This article helps readers understand the cause and impact of insomnia as well as treatment options.

What doesn’t kill you brings you trauma. If you’re struggling with post-traumatic stress disorder, find out what you can do about it.

How to Get Over Jet Lag with Acupuncture and Natural Remedies

Crossing time zones brings the excitement of travel and the dread of jet lag. Here are some ways to beat your travel blues.

Suffering from insomnia? Not sure when to sleep? Traditional Chinese Medicine's view on the sleep cycle may have the solution for you!

Struggling with Insomnia? Try This Breathing Exercise for a Good Night’s Sleep

Insomnia is a common sleep disorder. But these breathing exercises might do the trick for you to get a good night’s rest.

How to Cope with Post-Traumatic Stress Disorder (PTSD)

Post-traumatic Stress Disorder or PTSD is a serious and complex mental illness that can be life threatening. Learn about the symptoms, causes, and treatments.