Suffering from insomnia? Not sure when to sleep? Traditional Chinese Medicine's view on the sleep cycle may have the solution for you! 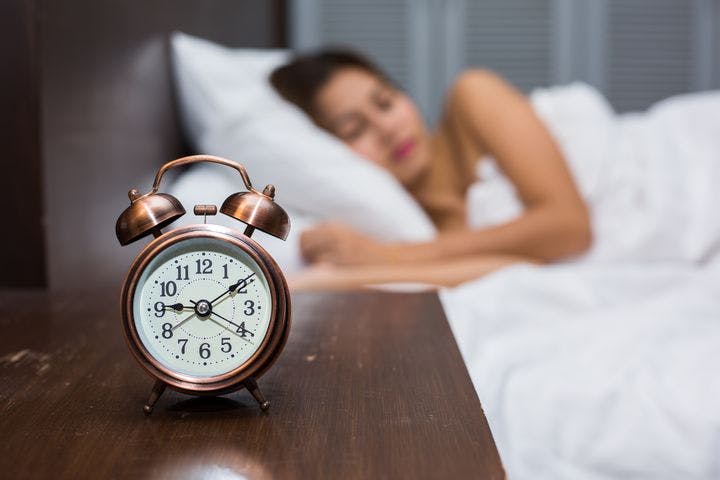 you identify with the phrase ‘No rest for the wicked’ in relation to sleeping, chances are, you’re lacking quality snooze time and your sleep cycle is messed up.

When we doze off, our brain goes through a every night. After you experience drowsiness, your body goes into N1 (light sleep), N2, N3 (deep sleep) and Rapid Eye Movement (REM) sleep. In total, the whole cycle lasts approximately 90 minutes and normally repeats four to six times. Our sleep cycle can also determine how rested we are at night. If we get awakened from our slumber suddenly, the cycle will be broken, and it will have to start all over again. This can decrease our sleep quality and make us feel tired the next day.

The concept of the sleep cycle explained above is based on the 2007 guidelines of the American Academy of Sleep Medicine (AASM). However, Traditional Chinese Medicine (TCM) sees it differently. By looking at what happens in our body every hour while being asleep—and awake, TCM’s version of the sleep cycle may give us an idea about the best time to go to bed. Keep reading to know more!

Sleeping and the Sleep Cycle in TCM

To understand the sleep mechanism from TCM’s point of view, we must first go back to one of its foundations, the principle. With yin representing passivity (descending motion) and yang symbolising activity (ascent), the two forces might be complete opposites, but they are also complimentary. TCM uses yin–yang to interpret many of its theories on health or various diseases and conditions, including sleep.

The ancient Chinese medical text, (灵枢), describes how yin and yang influence sleep. In TCM, the sleep-and-awake cycle is regulated by the continuous circulation of (卫气 , protective qi). It is believed that travels in yang by day and in yin at night. When yang is depleting, yin will be in fullness, leading to sleepiness. And vice versa; when yin is at its end, yang will be abundant, resulting in wakefulness.

This process can also explain and its remedies. TCM views insomnia as the consequence of an excess of yang or fire in the . The is thought to be the ruler of shen (神), which is equivalent to the mind or spirit. When there is too much yang or fire in the , the shen will get affected, which distresses the mind and causes emotional disorders like insomnia. This is why TCM physicians usually prescribe medicines that reduce the fire and nourish the yin when treating insomnia.

While wei qi circulates the body, it goes through the meridians (the channels where our qi, blood and body fluids move). Wei qi does this 25 times along meridians during daytime and then 25 more times throughout meridians at night-time.

When flows through a meridian, it will spend around two hours in it. There,will vitalise and strengthen the organs correlated with the said meridian. Afterwards, will resume its journey to the next meridian, where it will repeat its action to nourish other organs.

The chart below depicts which meridians visits and the organs it interacts with during its 24-hour circulation.

The chart above can also identify if there’s a disruption in the organ systems. If sleep constantly gets disturbed at a particular hour, it may indicate trouble in the corresponding organ.

A good night’s rest is vital well-being, and to achieve that, you need to maintain a healthy sleep cycle. Your job or life demands may keep you awake for many hours, and you may not know when to take a break.

This is an adaptation of an article, “Natural Rhythm of Yin and Yang in Our Body”, which first appeared on the Eu Yan Sang website.

Chronic fatigue syndrome is an illness that's often undermined. This article will shine a light on this serious health condition.

What is Social Anxiety: 3 Ways It’s Different from Introversion

Often mistaken for introversion, social anxiety is a mental disorder that must be taken seriously. So, what is social anxiety? How to treat it? Find out here.

What is Stress? Discover 5 Remedies to Treat it Effectively

Understand what is stress and identify the remedies you can use to manage this condition here.

8 Tips to Get Rid of Student Stress

From meditation to exercise, feeding the brain and caring for the heart, here are eight tips for managing student stress.

Depression is a crippling disorder, but there are effective ways to alleviate the symptoms. Learn more about the ways to cope with this mental health condition

Stress is part of our lives – we can’t escape it. Here are five stress management tips to ensure better health and improve your quality of life.