How to Cope with Post-Traumatic Stress Disorder (PTSD)

Post-traumatic Stress Disorder or PTSD is a serious and complex mental illness that can be life threatening. Learn about the symptoms, causes, and treatments. 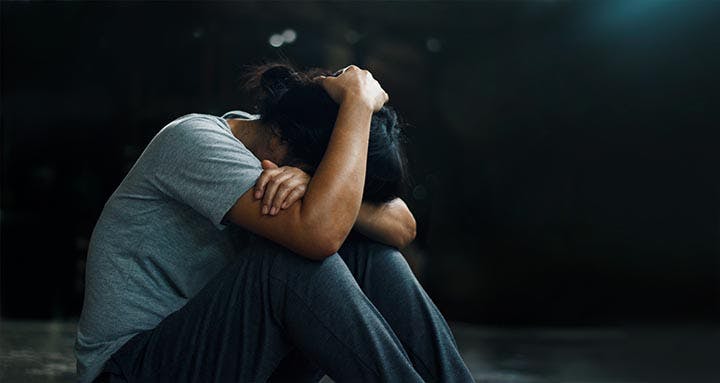 -traumatic Stress Disorder or PTSD is a mental and behavioural illness with complex psychological and physiological symptoms caused by highly distressing and traumatic events.

According to WHO’s World Mental Health Survey, prevalence varies widely, from 1.7% in South Korea to 9.2% in Canada. Among studies of PTSD in Malaysia, a 2016 study of adolescents in Malaysia indicated a prevalence of PTSD as high as 11.7%.

PTSD is a public health concern in an increasing number of countries. Especially now with the COVID-19 global pandemic itself potentially being traumatic to those who are severely affected.

PTSD is an anxiety and trauma-related disorder that is uniquely defined by its set of symptoms, the traumatising events or causes, and heightened risk of suicidal behaviour or harm to self and others as a result.

Its symptoms include changes in cognition or mood, as well as changes in arousal and reactivity. Symptoms must persist for at least one month, and not attributed to the physiological effects of a substance. Prolonged and repeated traumatisation can lead to complex PTSD, a distinct and more severe case of PTSD.

Symptoms and Causes of PTSD

Generally, PTSD symptoms involve reliving the traumatising event through sudden flashbacks and nightmares. Flashbacks can be triggered by any number of things and are often specific to the person with the condition. Reliving in the form of nightmares often also means that those with this condition often also have debilitating insomnia. Many patients also express sudden behavioural, cognitive, and mood changes, making concentration and normal life extremely difficult.

In addition, PTSD correlates with other medical conditions such as fibromyalgia, depression, and other physical ailments. The onset of symptoms does not necessarily happen immediately after the trauma, making the assessment of early symptoms especially important.

Treatment for PTSD primarily includes psychotherapy. Sometimes doctors may prescribe medication to assist with conditions caused such as depression and insomnia.

Other forms of therapies such as group and art therapy, as well as bodywork – given the physiological manifestation of PTSD – have also shown some positive results.

How Eastern Modalities Can Help with PTSD

In conjunction with comprehensive psychotherapy by licensed professionals, you can look at PTSD from the perspective of Traditional Chinese Medicine (TCM).

Interestingly, the TCM understanding of and explanation for the condition are not too radically different from Western and modern medicine.

TCM Physician Brandon Yew explains that PTSD is classified as Dian Kuang, translated as “” which points to the depressive as well as agitated and sometimes aggressive behaviour displayed by those suffering from the disorder. The pathology for Dian Kuang is excessive fire, phlegm, blood stasis and qi (vital life energy) stagnation affecting mainly the heart and liver.

“Only TCM physicians can prepare herbal formulations to address the unique body constitution of every individual patient. I cannot over-emphasise that it is necessary to first consult the TCM physician. This is to get a proper assessment instead of trying to self-medicate,” reminds Physician Yew.

Additionally, acupuncture can also help a person with mild PTSD. The acupoints that TCM physicians usually utilise in this treatment include TCM physicians may also use others that assist with clearing up the heart and liver pathology identified earlier.

Physician Yew adds, “It is only when the condition is largely under control with much more manageable symptoms, that TCM, Ayurveda or any other forms of alternative medicine can safely come into the picture to complement Western medicine in providing a more rounded treatment.”

Night Sweats may be caused by underlying medical illnesses. Know what causes night sweats and how to treat them naturally

Stress is part of our lives – we can’t escape it. Here are five stress management tips to ensure better health and improve your quality of life.

What is Stress? Discover 5 Remedies to Treat it Effectively

Understand what is stress and identify the remedies you can use to manage this condition here.

Understanding the Relationship Between Coronary Artery Disease and Depression

Find out why depression can lead to coronary artery disease and learn how to manage this mental condition better to reduce the risk of heart issues.

5 Breathing Techniques that are Good for Your Mind and Body

Learn how different breathing techniques can bring different benefits to your body.